How to Get Angler Slimes in Slime Rancher 2

Find out how you can get Angler Slimes! 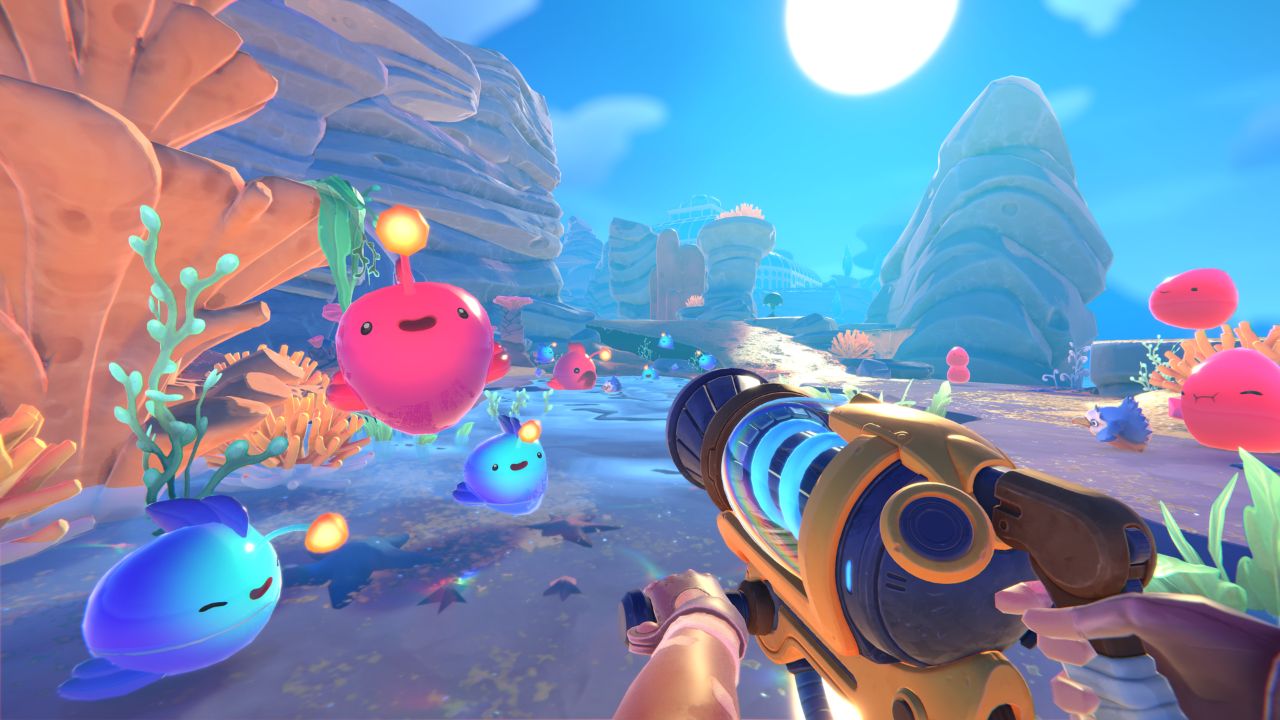 Of all the new slimes released within Slime Rancher 2, Angler Slimes are among one of the most intriguing designs. Usually dwelling in tide pools and swarming around Sea Hen nests, these adorable aqua-inspired creatures are a fantastic addition to your conservatory. Though if you want to adopt a few, you’ll need to venture outside the confines of Rainbow Island to get your fins on one. So read on to find out how you can get Angler Slimes in Slime Rancher 2.

Where to Find Angler Slimes in Slime Rancher 2

You’ll need to head over to Ember Valley to get ahold of Angler Slimes. After conquering the Pink Gordo Slime and unlocking the area, you’ll be able to breeze through and find a handful of new slimes, including the sought-after Angler. Even though Ember Valley is significantly easier to access than any other area, Angler Slimes have a lower spawn rate than Ember Valley’s alternative inhabitants, so don’t fret if you have no luck upon your first visit.

Angler Slimes can also be found in the blue half of Starlight Strand, so if you’re wrangling Flutter Slimes or collecting Moondew Nectar, you may want to collect a couple of Angler Slimes as well. They have a much higher spawn rate in this area, so if you have no luck in Ember Valley and have access to this ethereal location, then you should be able to bring one or two home.

Angler Slimes follow a carnivorous diet, unlike several slimes in Slime Rancher 2. So they need to be fed meat to produce Plorts to harvest consistently, which means they will make any Hen Hen farms a little more vulnerable to feast. They don’t pose threats to other slimes but will release a flash of light to stun slimes and hens when approached, which can be more annoying than anything else.