Unleash your inner beast on the Warzone 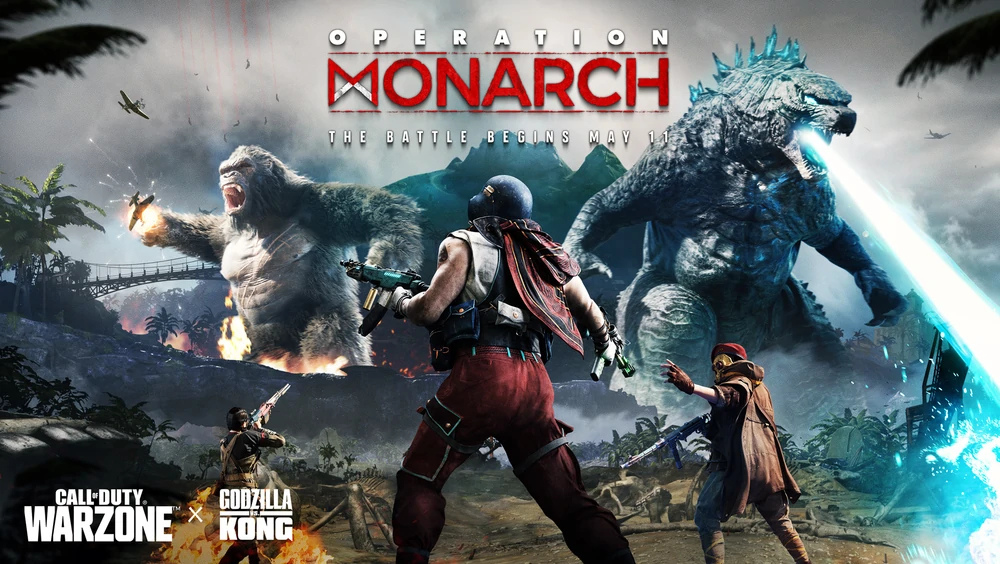 With all-new skins coming to Call of Duty, it is no surprise that these next few ridiculous skins would come to such a beloved franchise. New skins with ridiculous designs are nothing new to the series, like when Call of Duty: Ghosts added the 4/20 green leaf skin to the game. The new season of Call of Duty: Warzone is called Classified Arms, and gamers will get skins on their weapons that are based on the monolithic creatures Kong and Godzilla. In this article, we will show you how to get Godzilla and King Kong skins in CoD Warzone and Vanguard.

How to Unlock King Kong and Godzilla in Warzone and Vanguard. 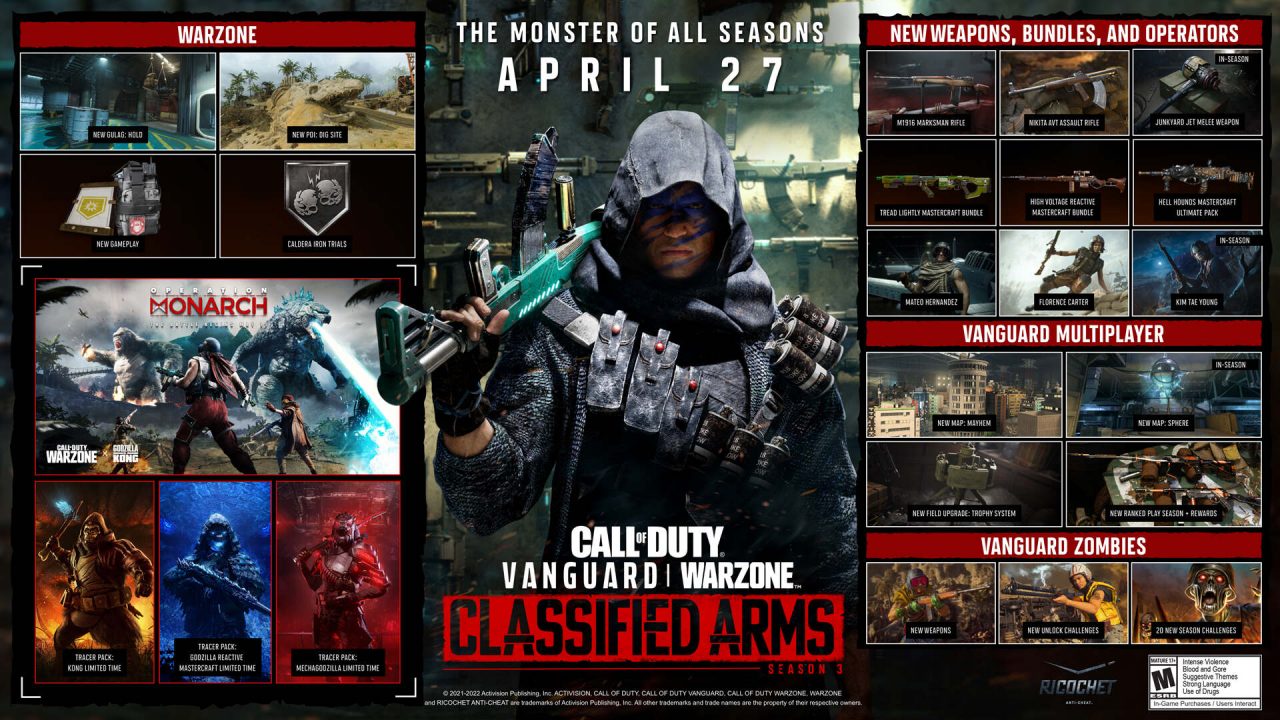 The Godzilla and King Kong skins for Call of Duty: Warzone can be unlocked by purchasing different Tracer Packs during Operation Monarch.

Like with the latest Snoop Dogg Operation Bundle, players will need to get these legendary operator skins by purchasing them.

Season 3 of Call of Duty Warzone and Vanguard has the latest roadmap for the season called “Classified Arms.” It starts on April 27 at 12 p.m. EST. On the lower left side, you can see the new Tracer Packs for Operation Monarch: Kong, Godzilla Reactive Mastercraft, and Mechagodzilla.

When is the Release Date for the Call of Duty: Warzone Kong and Godzilla Event?

Operation Monarch, the name of the Call of Duty: Warzone Kong and Godzilla event, will start on Wednesday, May 11 at 12 p.m. EST.

For the limited-time event, Operation Monarch will feature Godzilla and Kong as the Titans of the Monsterverse with Activision teasing that new structures will be in place including rebuilt defenses, giant skulls, ancient artifacts, and Monarch Research equipment. With the event comes a new game mode for Quads dropping into Warzone with a “titan-sized twist,” according to Activision.

Call of Duty: Warzone is slated to head into a new season on April 27th, 2022, and is available on Xbox, PlayStation, and PC.