How to Get the Dragonfly Assault Rifle in Modern Warfare 2

Check out how to unlock the Dragonfly in Call of Duty: Modern Warfare 2 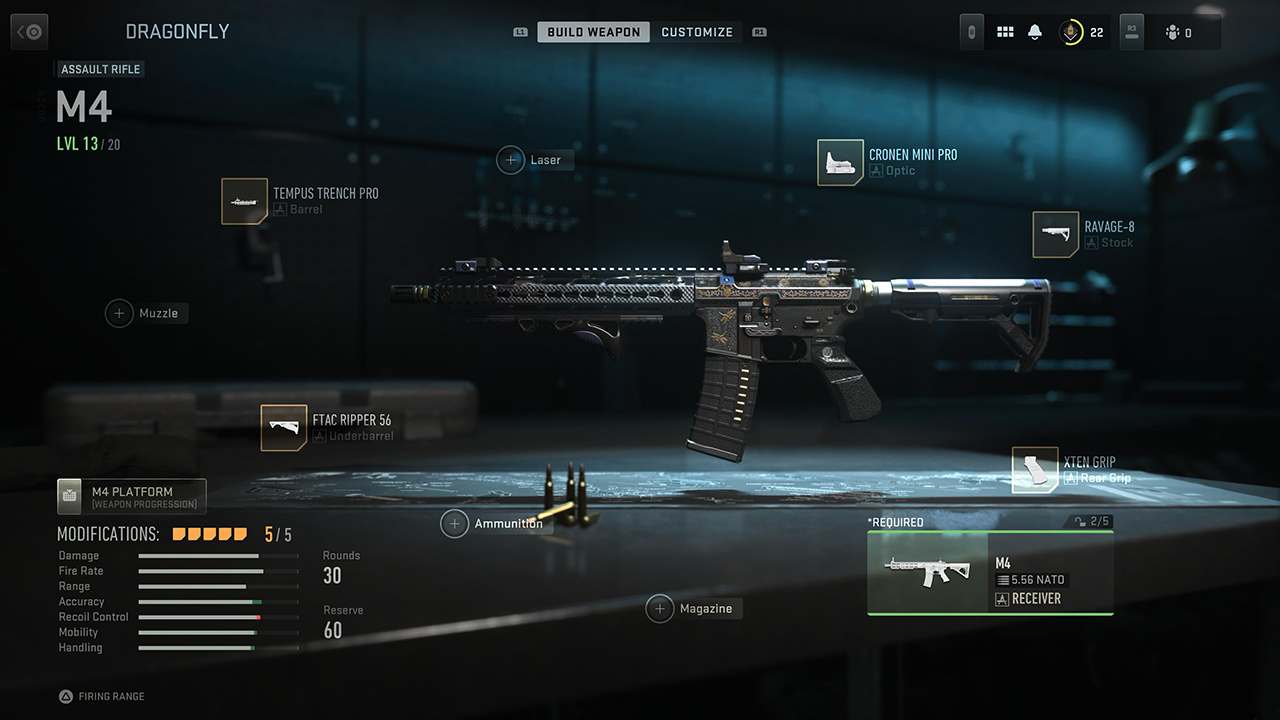 How to Get the Dragonfly Assault Rifle in Modern Warfare 2

How to Equip the Dragonfly

If you pre-ordered the game on either platform, you can equip the weapon by opening the weapons tab and then clicking on the M4. Once you do that, you just need to select the Dragonfly and add it to your loadout.

With that said, it is important to point out that the Dragonfly is a great weapon for those currently working towards unlocking the M4 attachments, as it allows you, as we mentioned above, to use a wide array of high-level attachments without the need to unlock them in-game. For those wondering, although the blueprint features a complete build, it can still be fully customized with already unlocked attachments.

Will the Oni Operator Pack be Released on Xbox and PC?

It is still unknown if the Oni Operator Pack, which features, as we mentioned above, both the Dragonfly legendary weapon blueprint and the exclusive operator will ever be released to other platforms. But that does not mean you should lose hope, as it is very likely that the pack will be included in either future bundles or expansions for the game.

You can currently play Call of Duty: Modern Warfare 2 on PlayStation 4, PlayStation 5, Xbox One, Xbox Series X|S, and on PC.