Check out a setup sure to bring the most out of the M4 in Call of Duty: Modern Warfare 2 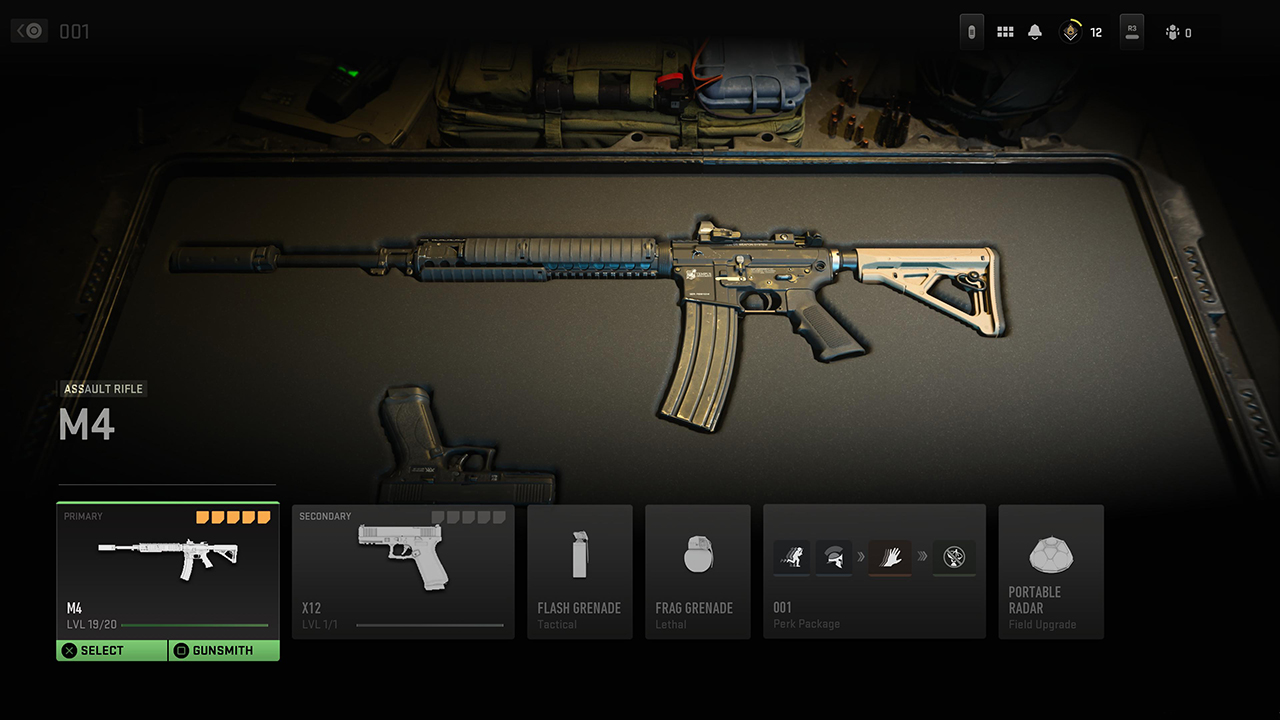 Among the many weapons available in Call of Duty: Modern Warfare 2, the M4 Assault Rifle will be one of the first you will be able to modify. But what are the best attachments, perks, and overall setup to use when handling the weapon? To maximize the potential of one of the best weapons in the game, here’s the best M4 Loadout in Modern Warfare 2.

To bring out the best of your M4 Assault Rifle, we recommend that you make use of the Tempus Hightower 20′ Bai barrel, as it will increase the weapon’s hip fire accuracy, bullet velocity, overall range, and recoil control, thus improving the weapons overall utility, while also allowing you to excel in both close and mid-long range scenarios.

After that, we recommend that you make use of the 4 MW Laser Box, to further increase your overall precision, although at the cost of having a laser give away your position. If the laser is really that bothersome to you, using the FGS Sharkfin 90 in place of the 4MW Laser Box can also work great.

For the third attachment spot, we recommend the use of the Cronen Mini Red Dot for increased precision and overall smoothness.

To finish our build, we recommend that you make use of the 45- Sound Mag to increase your overall Ammo and that of the Echoline GS-X Suppressor, which will allow you to perform fast kills while staying virtually undetected in most scenarios.

To recap, here are the best attachments for the M4 Assault Rifle: 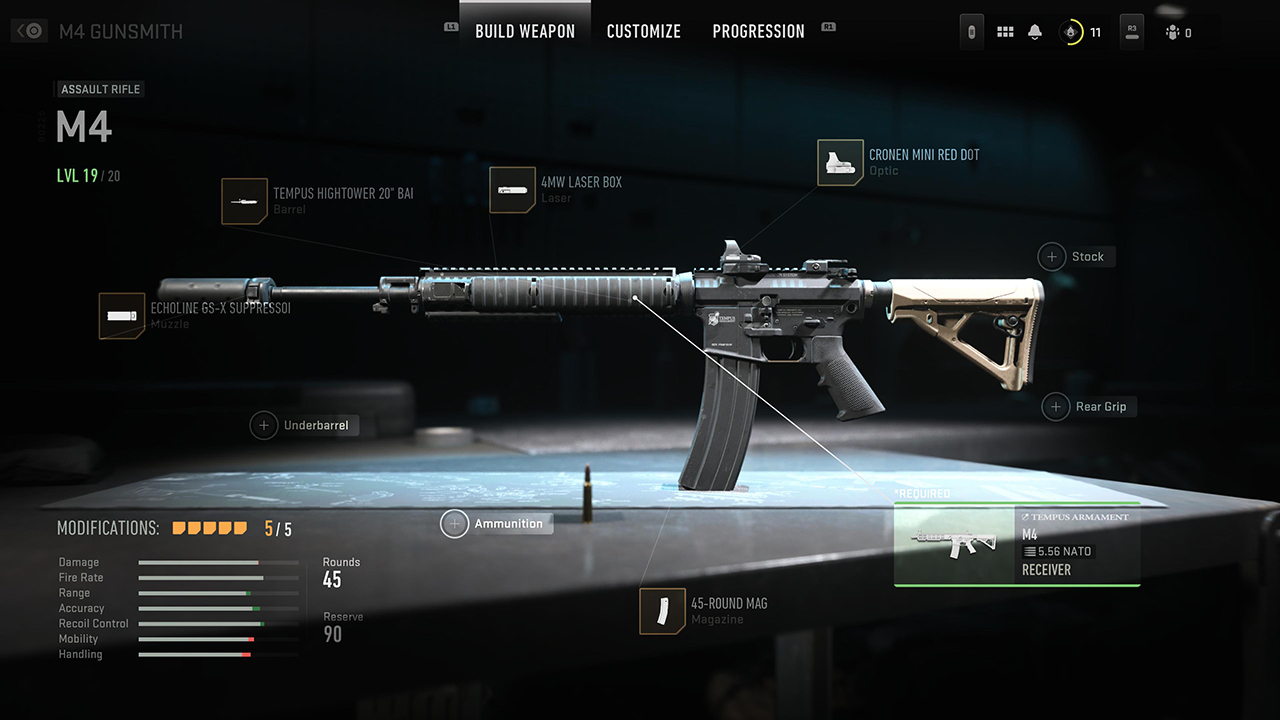 When talking about our Tactical and Lethal equipment picks, our main recommendation will be the use of a set featuring the always reliable and must-have Flash or Stun Gradades, paired with the use of either a Thermite, Frag Granade, or Throwing Knife, the latter of which can be an absolute menace when used correctly.

When using the M4 as your primary weapon, we recommend that you make use of the Base Perks Double Time and Battle Hardened. These perks are our main choices as the former will increase your movement speed and overall mobility, while the latter will lower the effectiveness of Flash, Stun, EMP, Gas Grenades, and Shock Sticks, while also making you immune to Snapshot Grenades.

For your Bonus and Ultimate Perks, we recommend that you use Fast Hands, for its increase in reloading + weapon switching speed, and Ghost, as the latter will make you undetectable when facing radars, UAVs, and Heartbeat sensors.

Among the Field Upgrades, our main choices will be the use of either Dead Silent or Battle Rage, as both will massively increase your offensive prowess by either increasing your stealth capabilities (Dead Silent) or increasing your overall projectile damage and health/stamina regeneration speed (Battle Rage). If you still haven’t unlocked either of the above, we recommend the use of either Portable Radar or Trophy System.

To recap, here are the best Perks and Field Upgrades to equip when using the M4 Assault Rifle: