Check out a setup sure to bring the most out of the FSS Hurricane in Call of Duty: Modern Warfare 2 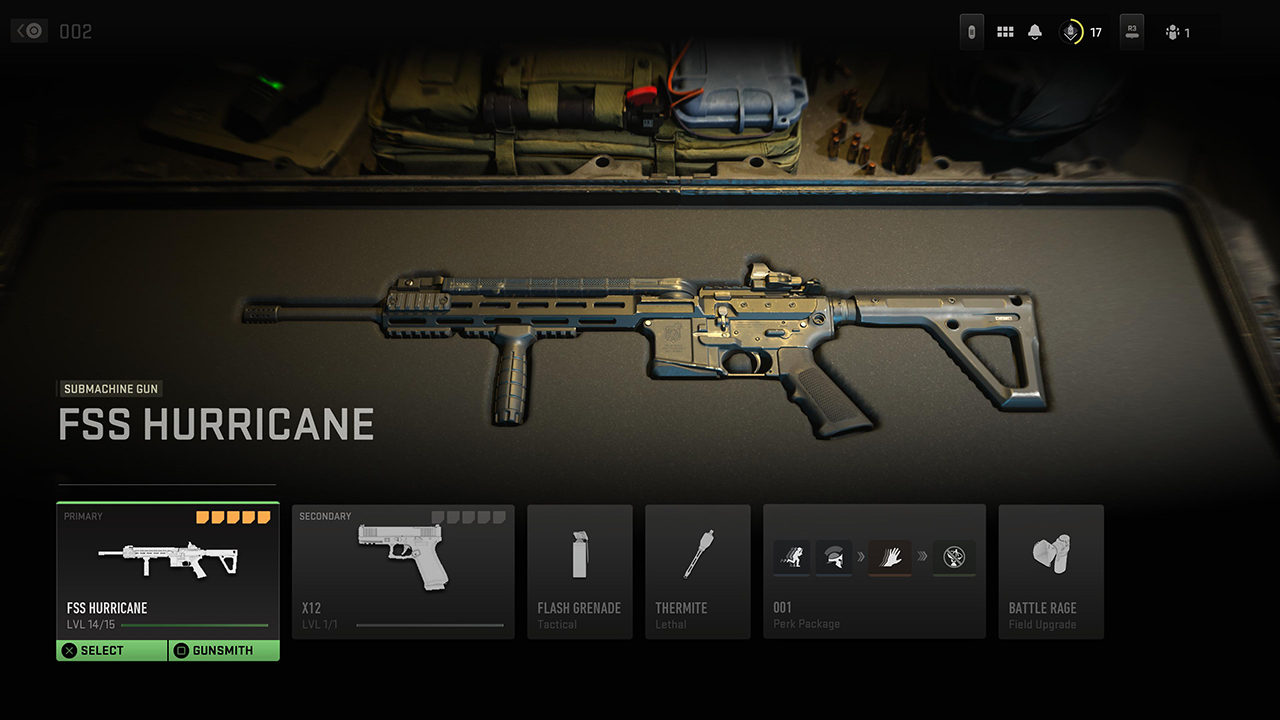 Among the wide array of weapons and tools players can make use of in Call of Duty: Modern Warfare 2, the HSS Hurricane submachine gun is among the best in both close and mid-range scenarios, thanks to its ability to stay precise even when used from the hip. But what are the best attachments for the HSS Hurricane, and which perks and field upgrades should you equip when using it? Now, in order to allow you to bring the most out of the gun in the game, here’s the best FSS Hurricane Loadout in Call of Dury: Modern Warfare 2.

Taking into account that the biggest strength of the FSS Hurricane lies in the weapon’s ability to excel while in close and mid-range scenarios, we will be focusing on both reducing the weapon’s recoil and increasing its damage and performance, no matter the situation. With that said, we will start by equipping the weapon with the FSS Cannonade 16″ Barrel, for its increase in almost all damage-oriented stats (Range + Hip Fire Accuracy + Bullet Velocity), which will allow us to increase the weapon’s overall damage and utility.

Now that we increased the weapon’s damage and range, we will focus fully on increasing its recoil control, which can be easily done by equipping the VX Pineapple Vert Grip underbarrel, and the 4MW Lazer box, both of which will also increase your accuracy and overall damage when shooting. If you still haven’t unlocked the underbarrel, check out how to get the VX Pineapple Vert Grip in Modern Warfare 2.

To recap, here are the best attachments for the FSS Hurricane: 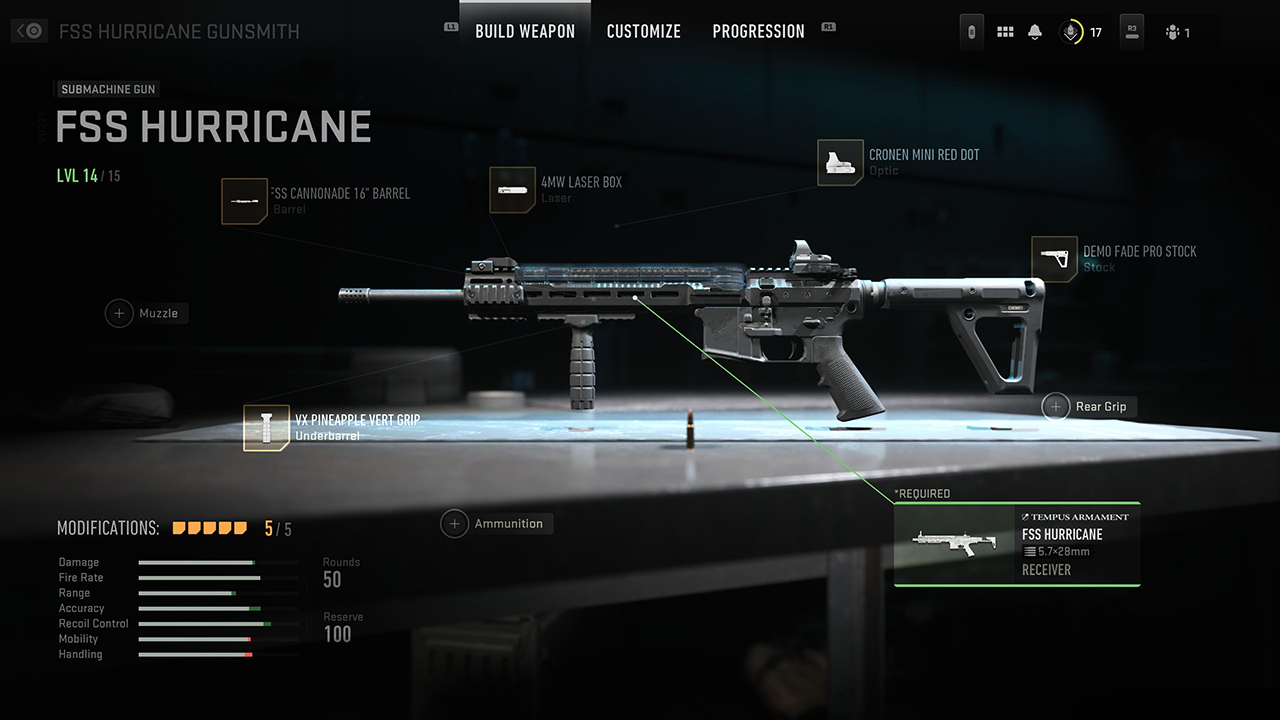 For your secondary weapon, there no much to say, as you must go with the one which feels the best to you. With that said, we recommend the use of a Handgun, as doing so will allow you to equip the Double Time perk, thus allowing you to sprint for longer distances while also increasing your overall movement speed, which is a must when using the HSS Hurricane. For your Tactical, we recommend the use of either the smoke, stun, or flash grenades. Lethal-wise, our main recommendation would be the use of either Thermite or Trowing Knives.

When talking about Perks, our main recommendation would be the use of Double Time, for the already mentioned reason, and Battle Hardened, for its increase in survivability when faced with grenades and sticks of any kind. Using Fast Hands as your Bonus Perk, followed by Ghost as your Ultimate one is also highly recommendable, as doing so will allow you to move more freely while on the field and truly run over your targets undetected.

For your Field Upgrade, we recommend the use of either the Portable Radar or Battle Rage, as the former will allow you to stay well-placed on the field while and the latter will increase your damage and survivability.