This master hunter fights with his deadly pets at his side. 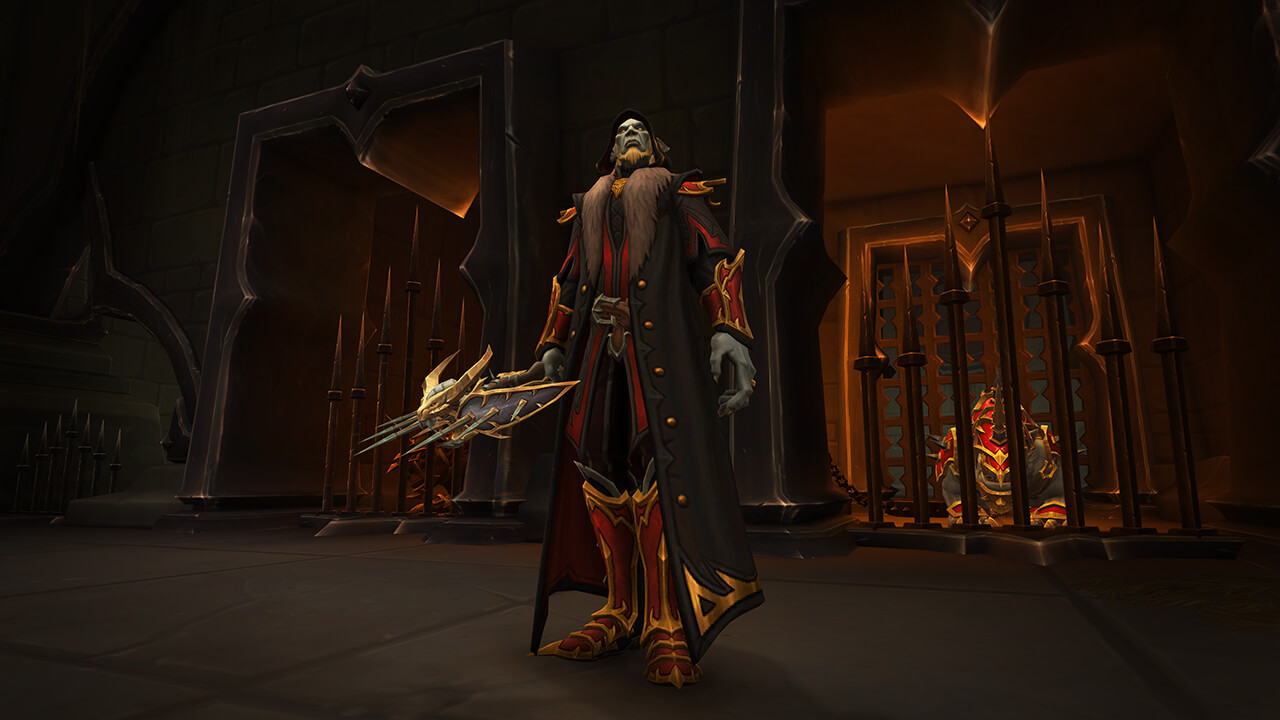 Castle Nathria is World of Warcraft Shadowlands‘ first raid, and Huntsman Altimor is keen to make you his next trophy. Prospective raiders will need to take him and his pets down before pressing deeper into Castle Nathria. Below I break down each of Huntsman Altimor’s abilities in Castle Nathria, followed by a quick rundown of the encounter. This guide is tailored for the Normal version of the raid, but will work just as well for those using LFR (any major differences will be noted).

Huntsman Altimor doesn’t fight alone, instead summoning one of his three pets to fight alongside him. Margore, Bargast, and Hecutis each have their own unique attacks, and the fight will vary based on who is on the field. They spawn in the order I just listed, only appearing after the previous pet has been slain.

Since Huntsman Altimor only has a handful of abilities he repeats throughout the fight, he will have his own section to start. The three phases in this encounter are based on each pet, so their abilities will follow. All pets need to be tanked by the off-tank, and the fight will begin with Margore spawned.

Huntsman’s Bond: 100% of damage taken by Altimor and his hunting gargons is additionally taken by the other.

Sinseeker: Altimor marks 3 players and fires at them. Each bolt inflicts 11367 Physical damage and an additional 3414 Shadow damage every 2 sec for 30 sec to the marked player and any players in a line.

Vicious Lunge: Margore sets his sights on a player, after 6 sec he lunges at them inflicting 51212 Physical damage divided evenly by players within 6 yards.

Rip Soul: Bargast rips out the soul of a player, inflicting 20485 Shadow damage and causing a soul to appear that drifts toward Altimor until it is healed to full. The soul’s starting health is proportional to the health of the player being struck by Rip Soul. If the soul reaches Altimor, he gains Devour Soul for 30 sec.

Shades of Bargast: Bargast creates shades of itself that cast Deathly Roar. While under a loss of control effect Shades of Bargast gain stacks of Destabilize, increasing all damage taken by 100%.

Petrifying Howl: Hecutis petrifies players, inflicting 455 Nature damage and reducing movement speed by 5% every 1 sec. When this effect expires, petrified players shatter inflicting 3414 Nature damage to players within 10 yards and create a patch of Stone Shards at their location.

The Huntsman Altimor encounter in Shadowland’s Castle Nathria raid is largely about add management and positioning. Each of Altimor’s three pets are a distinct phase in the fight, and the adds spawned by Bargast in Phase 2 can and will wipe the raid. Margore in Phase 1 and Hecutis in Phase 3 will require all players to be mindful of their position within the raid, otherwise they’ll strain the healers by causing more damage, or triggering deaths. Huntsman Altimor will have roughly 10% health left after Hecutis dies, but there are no new mechanics or an enrage to worry about. Just burn him down to finish the encounter.

To break it all down to bullet points: