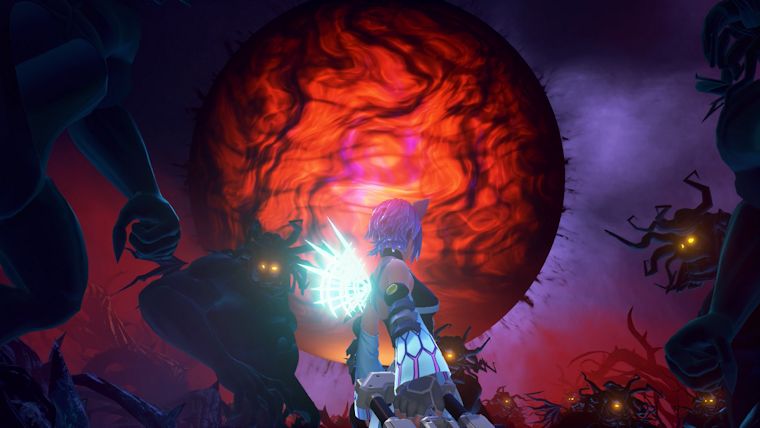 The first Darkside boss found in Kingdom Hearts HD 2.8’s 0.2: Birth By Sleep – A Fragmentary Passage was rather easy, as it was basically the same as you are used to from the past. However, that changes with the second one you have to face by adding in an entirely new phase that can be quite brutal, especially on Proud Mode.

The boss fight comes at the tail end of the Forest of Thorns area, with you starting off in a valley full of Darkside enemies, but those are not the ones you need to fight. Start moving forward and and make sure you avoid these falling spiked balls that will do heavy damage to you. Keep moving, and eventually you’ll come across the big bad Darkside that you have to fight, who looks no different than the one you faced before, but this one is much more difficult.

As soon as you get to the final Darkside, target his hand and start attacking once again. This Darkside has a little over five full health bars, which is a bit more than the last. Also be careful to not be hit by the falling spiked balls here either, though they should soon stop. Just keep laying into him like the first fight, while watching for the falling spiked balls especially, and just like before, you will eventually have to start targeting the head again, so move onto that.

Just be sure to keep attacking and healing until you get Darkside’s health down to where he has about two and a half bars left, or somewhere in that range. At this point, he will raise his hands to the sky and form an orange light above him, which is a sign to get the hell out of there. Darkside will then start shooting out electric bursts that are very hard to dodge. Try your best and heal up if your health is getting low. Like with the Phantom Aqua fight and the ice crystals, the camera can make this even harder, but just keep dodging as much as you can. Also makes sure to stay around from the center, as the pool there can hurt you as well.

After this phase, Darkside will do the shooting projectiles out of its chest move from the previous encounter. All you need to do here is to use block to deflect these right back at him, which will help take some health for you. If you manage to get them all deflected, that will do some pretty decent damage. After this, quickly try to get some attacks in before he tries the electric attacks again.

At this point, just keep following the same instructions from above, with Darkside sometimes doing the projectile attacks multiple times in a row between. Eventually, with a little patience, you will take down Darkside for the second time in Kingdom Hearts 0.2: Birth By Sleep.