Get over and through Seattle's main gate 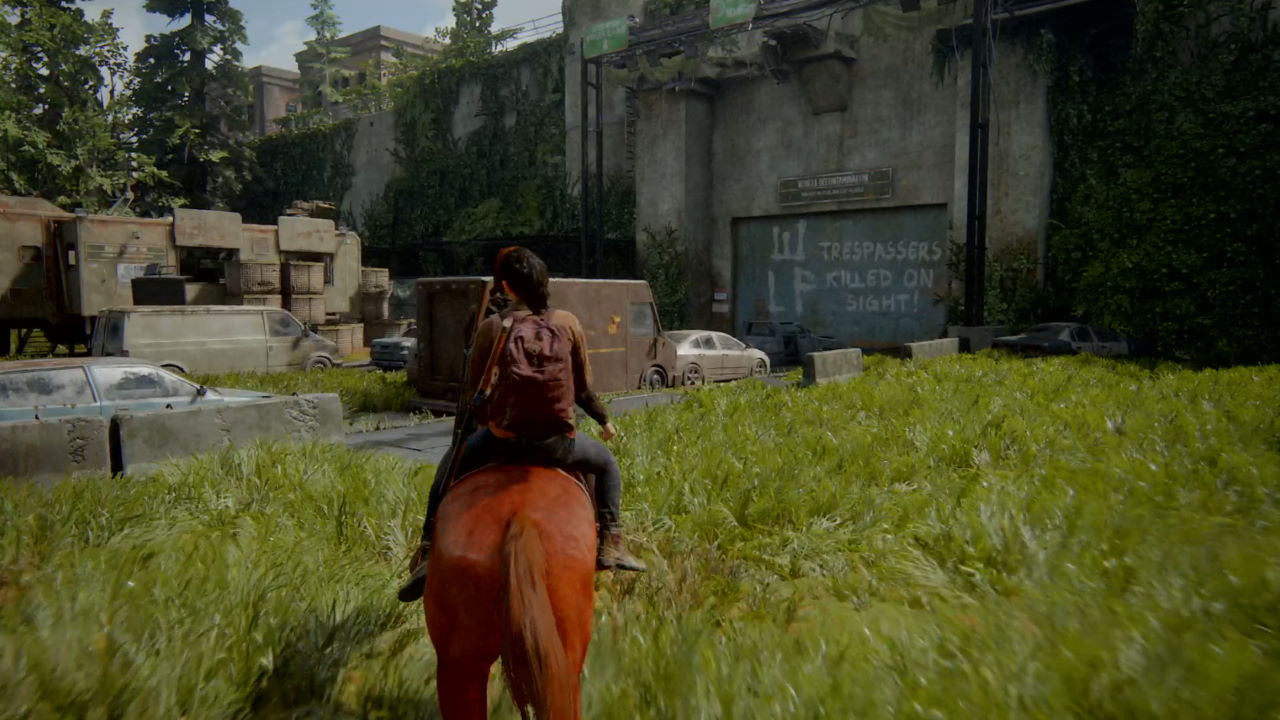 Leaving Jackson is only the beginning of Ellie’s journey across the western part of the zombie infested US. As she sets out she has many obstacles in her way, but once she makes it to Seattle there’s just one big one to defeat before the game truly starts. Like most major cities around the world of Last of Us, Seattle is locked down tight. A huge gate stands in your way, and you’ll need to solve some puzzles to get inside. Here’s how to get into Seattle and open the main gate in The Last of Us Part 2.

How to Get into Seattle

Starting out on the outside of the gate, there’s a few initial steps you need to take just to get on the other side. First off, you can’t open the gate from the outside, so you need to get up and over it. To do this, just head to the far side of the large trailers seen above. Be sure to explore them all, as they contain valuable crafting material and other items. Once you’re ready, just get to the far trailer and climb on top using the boxes and large truck that rest next to it. Once on top you can jump of to and walk along the fenced area to the wall (watch Dina to see where to go if you’re unsure).

Use the ladder toward the wall to climb up then jump across to the suspended railing and follow it to the end. Turn left and you’ll see a small opening in the wall. Jump to it and crawl through. Climb up onto the metal area and over to the next platform. After a short clip just climb over the wall section here and you’ll be on the other side of the main gate. Just follow the walkway and take the ladder down and you’ll be in an area with two trailers. Now comes the next question, which can be a bit more challenging.

How to Open the Main Gate in Seattle

The main gate is locked up tight and requires both power and a code to open. The power is handled via the trailers, with the one directly in front of you featuring a generator in the back. To get there just bust the window of the trailer and climb through, then take the back door out once you’ve explored and gather items (including a list of gate codes). Turn the generator on by activating it with Triangle and hitting the button when the indicator reaches the bottom of the circle three times (for more help see the guide linked above).

Unhook it and toss it over the fence by holding L2 and pressing R2. Then just pick it up on the other side and carry it to the back of the other trailer. You should see another electrical box here you can plug it into which will power up the whole trailer. Then just head inside and enter the Main Gate code of 0512 to open it up (for other gate codes see here).

So that’s how to get into Seattle and open the main gate in The Last of Us Part 2. There’s far more to explore from here so be sure to check out our other guides if you need help.