Last of Us Part 2 – Which Weapons to Upgrade

And what upgrades to get 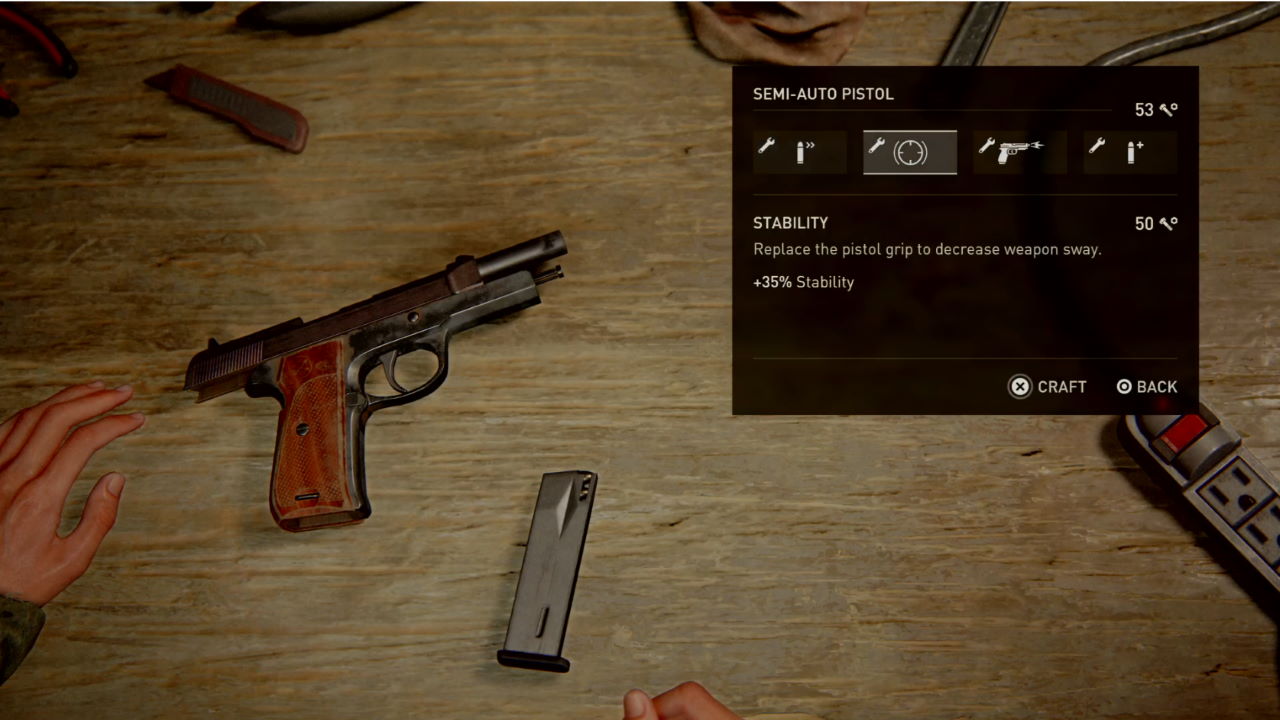 On your quest across zombie infested America and toward revenge you have many weapons at your disposal. These are essential to survival and completing the game without having to restart all the time. Thankfully each weapon or gun in the game has a number of possible upgrades, but if you’re not on New Game Plus you can’t unlock them all. To help you focus on the most useful, here’s a rundown of which weapons to upgrade in The Last of Us Part 2.

Which Weapons to Upgrade

In this guide I’ll focus mostly on the first half of The Last of Us Part 2, as things take a hard turn about 10 or so hours in. Your weapon loadout changes quite a bit through the whole game, but especially here. While I’ll be focusing on the first half with Ellie, the tips carry over to the back part of the experience as well, so just modify what I say, otherwise I’d be spoiling lots of stuff. And if you need to know how to upgrade weapons just check out that guide.

By the end of your time with The Last of Us Part 2 your weapon collection will have grown quite a bit. If you aren’t planning to start a New Game Plus run then the first tip I have for which weapons to upgrade is to focus on the ones you start the game with, or acquire somewhat soon. While many of the later weapons are very useful, you won’t be using them for very long.

What this means is you should try to focus on your pistols, especially the semi-automatic, and your rifle. These are both useful and with you the majority of the time, however two weapons you get later on are so powerful you’ll also want to upgrade them in a few key ways. These are the shotgun and bow (see where to get the bow here). Which you focus on should really depend on your play style and how many Parts you have on hand. Let’s discuss.

Stealthier players who try to take out enemies from afar or silently up close will want to pump upgrades into the semi-automatic pistol and bow, with the rifle a third option thanks to its 6x scope upgrade. The bow is silent all the time and the semi-automatic pistol allows for the use of silencers once you’ve gained the ability through upgradable skills. The major upgrades to get are those that add stability to your aiming and the range finder on the bow. This helps immensely with targeting foes, especially getting those all important head shots.

If stealth fails you more often than not then the shotgun is your very best friend, with the rifle as a solid backup as well. For the shotgun you can upgrade its reload speed and damage, both very valuable against the bigger enemies such as shamblers. And all of this translates to the latter half of the game, focusing on the silent weapons for stealthier players but upgrading the beefier (and louder) guns if you’re more of a guns-blazing style player.

In short, if you’re asking which weapons to upgrade in The Last of Us Part 2 the answer is whichever you will use the most in your particular play style. Once you decide that you can hone in on the specific upgrades to go for with your limited Parts. Stability and aiming are best to hit first, with scopes and other options coming next.