Maneater – How to Defeat Hunter Boats and Shark Hunters

How to kill those pesky boats full of hunters 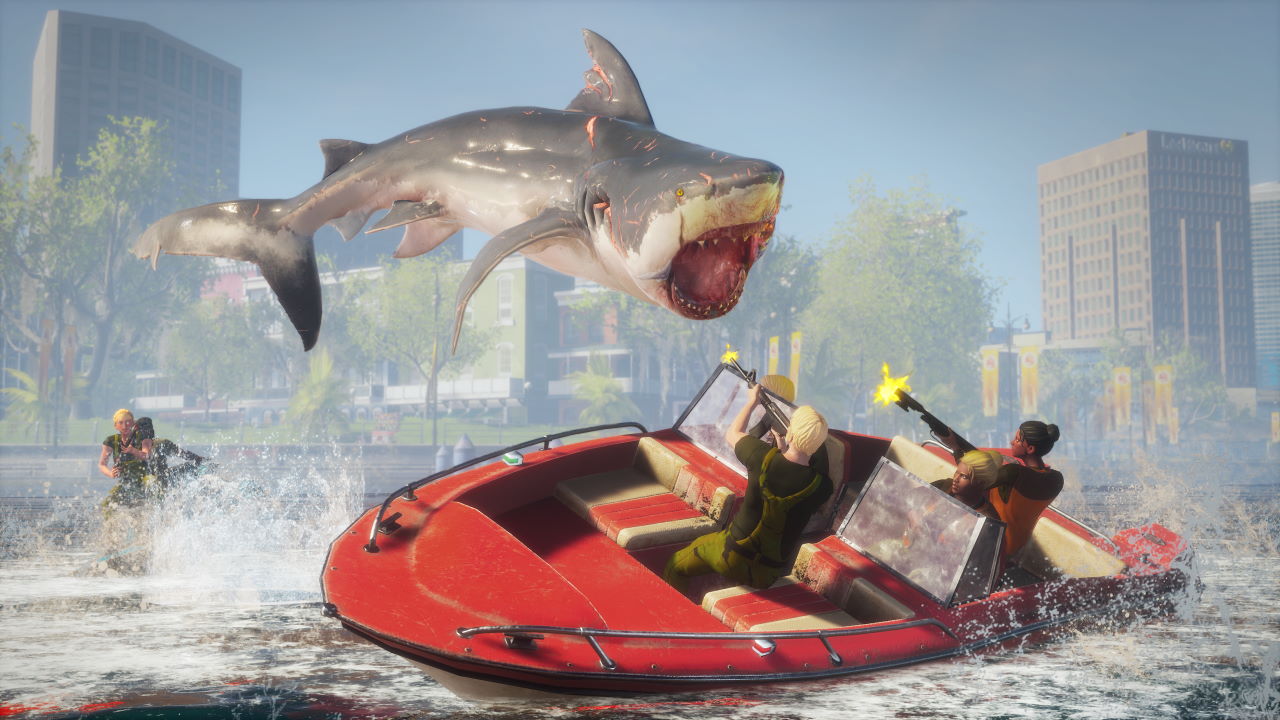 In Maneater you are on a quest to become the true apex predator of the seas. As you grow from bull shark pup to full grown adult, you become more and more dangerous to the other animals in the ocean. However, above them all are humans, the most dangerous animal in the world, and they’re coming after you. At least, they will if you cause too much of a ruckus, which happens quite a lot. So what do you do when humans are after you? Here’s how to defeat hunter boats in Maneater.

How to Defeat Hunter Boats

There’s a few tactics you can use to defeat hunter boats in Maneater, but if you’re reading this I’m going to assume you’re still in the early game. Later you you’ll have lots of upgrades and abilities at your disposal, such as bone body or teeth which do extra damage and offer new attacks against boats specfically. But in the beginning it’s just a tiny shark against a swarm of drunken, belligerent shark hunters, and they want you dead. Let’s make sure it’s the other way around.

The best way to do this in the early game is to lunge out of the water and take the humans out individually. Yes, you can hammer away at the boat itself, but they are strong and you are not, and you’ll take a ton of damage doing this (be sure you know how to heal just in case this happens). If you’re already at the surface you’ll want to leap out of the water by pressing A (Xbox One) or X (PS4). Otherwise if you are underwater you can aim toward the surface then up toward the front or side of the boat and hitting LT on Xbox, L2 on PS4, or Shift on PC.

This is your lunge, and doing it near the surface will send you far out of the water. If you’re close enough, try to land on the boat, munching on a human with RT, R1, or left mouse button. If you need abit more air hit LT/L2/Shift again to do a basic double jump. Grab a hunter and eat him quickly enough, watching your health to know when to make an escape, then either grab another and keep going or head back into the water to repeat.

Do this enough and you’ll have eliminated all the hunter boats. More will start tracking you, so either face them in the same way if you want to raise that infamy rank or swim away to fight another day. And that’s how to defeat hunter boats in Maneater.