Pick up its dropped fruits and watch out for its tail. 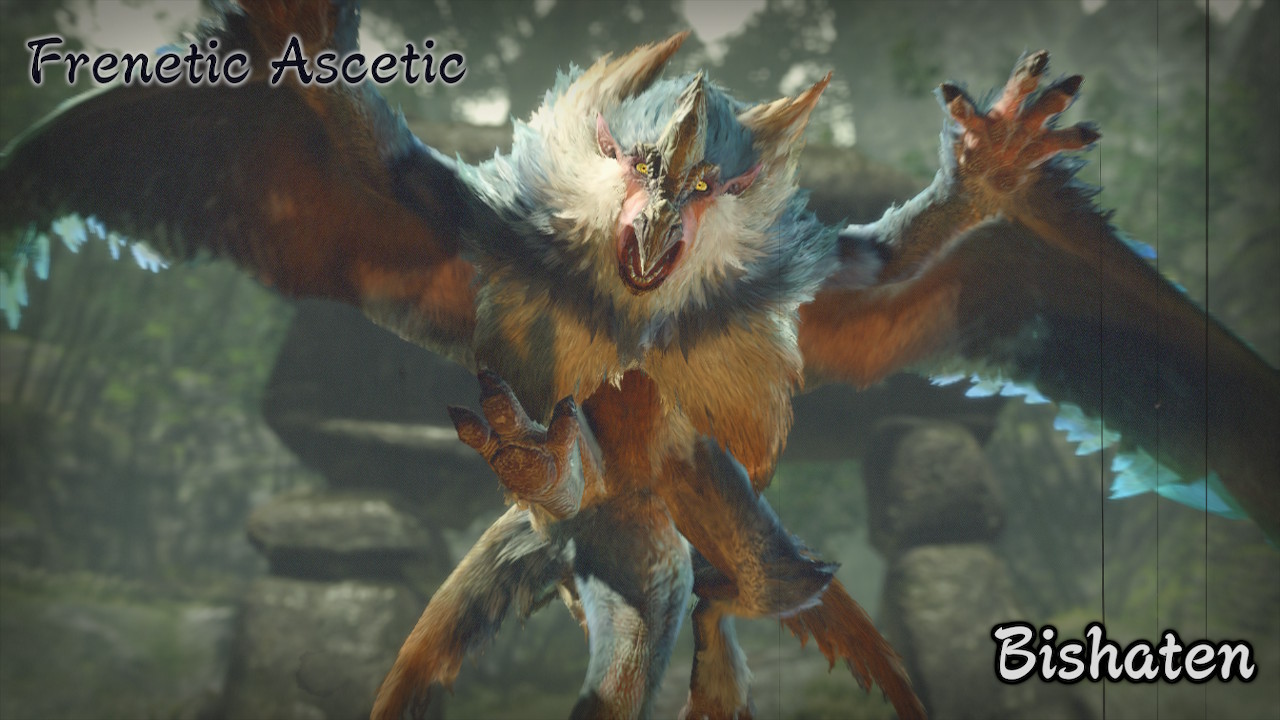 Being the first threat level 4* creature you find in Monster Hunter Rise, Bishaten the Frenetic Ascetic is a quirky and curious one. Half-monkey, half-bat and some other unknown species in there most likely, Bishaten seems like it just wants to have fun, instead of actually hurting you. That said, its way of having fun is rather, dangerous to say the least, and includes lots of thrown fruits. If you as well are curious to see what this is all about, take a look below.

How to beat Bishaten in Monster Hunter Rise

The main gimmicks of Bishaten are two things, its hand-shaped tail and the tendency of throwing fruits to others. You’d believe that a monster of Bishaten’s size will take advantage of it and be intimidating to the rest of the wildlife, but no, this Fanged Beast just wants to annoy others by throwing fruits of different kinds at them. This could be kind of funny, if those fruits weren’t thrown with full force, ending up knocking out living beings. 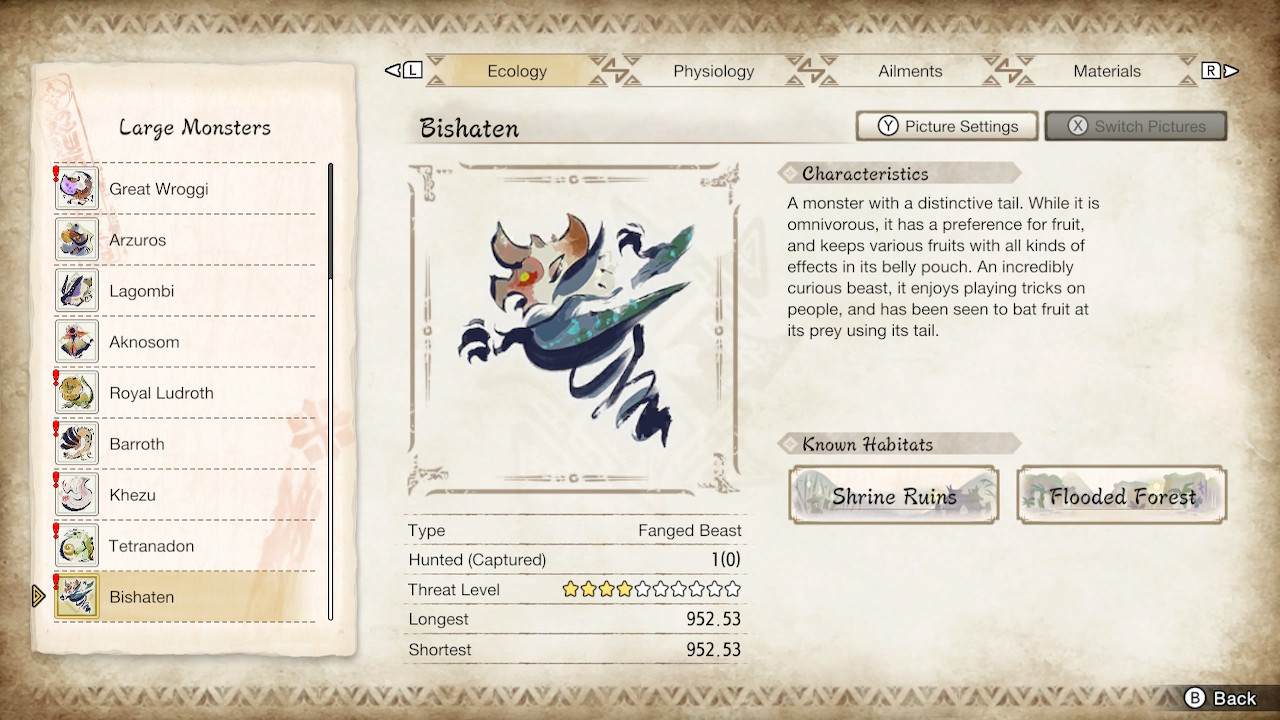 Just because Bishaten is playful and goofy looking, doesn’t mean that its fighting capabilities are to be ignored. In Monster Hunter Rise, this monkey is actually a very dangerous beast, able to take out unprepared hunters with ease. It has a good number of different attacks, most of them being various tail swings and spins, as its tail is the strongest part of its body. Unpredictability and long range are its most valuable assets, since the way Bishaten moves makes it hard to anticipate what the next attack will be.

Your best bet against this specific playstyle, is to fight cautiously and wait for an opening to dish out some damage. There isn’t a specific pattern to its moveset, when using its tail, therefore it is hard to provide a bulletproof tactic. Hit-and-run weapons like the Great Sword can do quite well here, since they promote this kind of gameplay. Get in, use your running attack once, then sheathe your weapon and position yourself again. If you want to go for a more aggressive method, Insect Glaive is a good choice since you can watch carefully when to get close, by being airborne for a while and aim for that small opening. 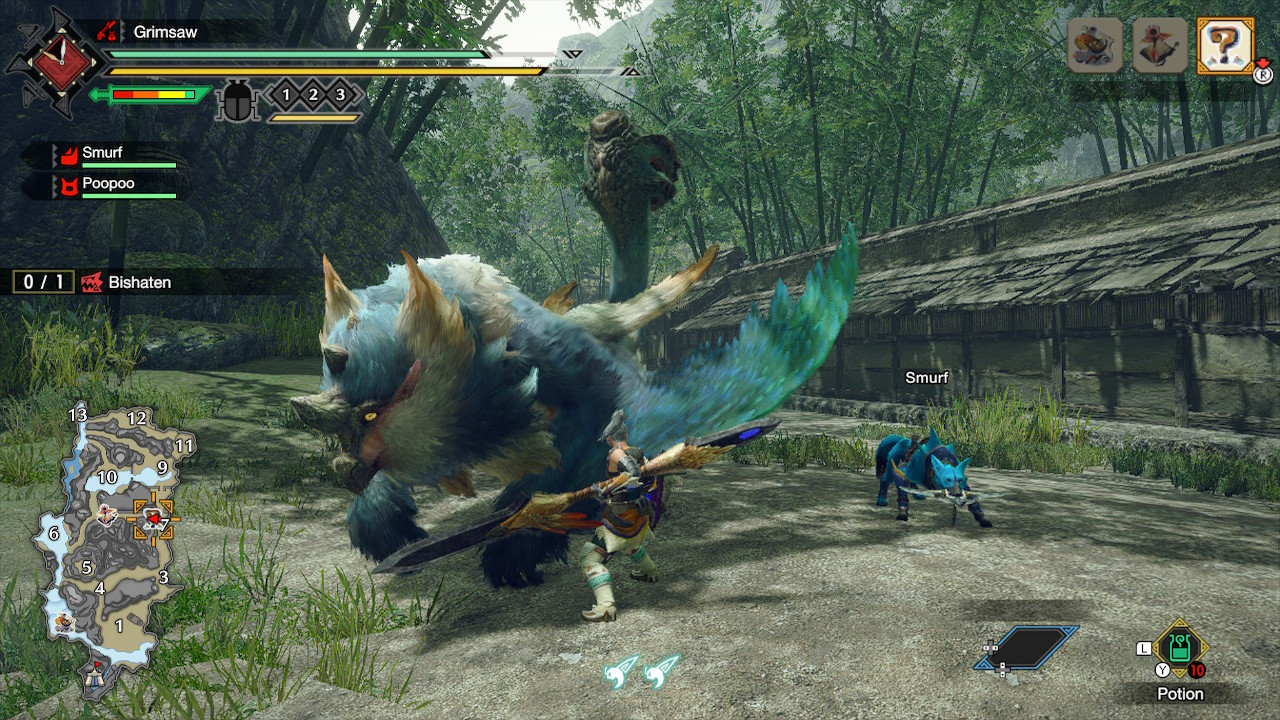 Bishaten can also opt for getting into a long-range fight mode, where it constantly throws fruits of various effects each. It can poison you or even cause paralysis, so having items to cure from everything or a Buddy with the respective skills is a must. Avoiding single throws is not that hard, but Bishaten can sometimes throw a barrage of fruits all over the place. If that happens, try your best to avoid them by getting further away.

While throwing fruits can be annoying, this is also your chance to get in for some big damage. Usually, when Bishaten readies a ranged attack, it stands on its tail trying to focus at you. If you are fast enough and attack it before is uses its move, you can topple it, ending up in a nice stun and knock down. Additionally, loads of its fruits will scatter everywhere on the ground, and you can pick them up to use them like Bishaten itself. If you are in a party and a lot of hunters get these, you can easily use all of them in seconds, ending up to some really cool looking results.

Bishaten in Monster Hunter Rise is all about playing patiently and waiting for your chance to attack. Try to predict its moves, take advantage of its standing-to-tail position and use its own tools(fruits) to your advantage. Take it down and get ready for starting your 4* questline .