No other weapon in Monster Hunter Rise can better embody the soul of the beloved franchise, than the almighty Great Sword. While Sword and Shield is the type of weapon that someone would think of as the ‘default’ one, the Great Sword more often than not is considered the actual flagship weapon of the series, and for a good reason. It does have a small learning curve, but after understanding how this weapon functions, it is the most ‘safe’ tool you can take with you in a hunt, usually referred as the go-to weapon for missions you are having a hard time with. Great reach, big amounts of damage, able to shield minor hits and overall, a solid pick. In the guide below we will list down its moveset, the new Silkbind attacks and how to efficiently use the Great Sword .

In Monster Hunter Rise, the Great Sword is a big, clunky weapon that is very slow with its attack patterns, but as you would imagine it hits hard. Each main attack of these giant swords can be charged for additional damage, up to three times. It is rather difficult to pull out charge attacks for the whole chain combo though, therefore players tend to only fully charge the final swing of this sequence.

The Great Sword can also cancel its charging animation, to a Tackle which makes the user immune to flinching or being blown away, in case a monster tries to interrupt the charging process. Additionally, this cancel action lets you skip the first and second chains of the combo, going right away for the very last part in order to save time. You usually want to take advantage of this feature when a monster is stunned or exhausted, in order for it to be standing still. The animation of this particular attack leaves you quite wide open, so it is very bad if you actually miss it. If you do hit successfully though, you are going to do some serious damage to the enemy, especially if you target a weak point.

For the above reasons, hunters who prefer wielding the Great Sword in Monster Hunter Rise, utilize the hit ‘n’ run tactic, where you simply run to the face of a monster with your weapon sheathed, use the running attack once, then sheathe again and escape. Rinse and repeat until the monster is tired enough to leave you some room to attack with bigger combos.

This sums up Great Sword’s playstyle, but of course with certain builds and skill mix ups, you can unleash your charged attacks easier, giving you the room to use them more often. The new Wirebug feature also helps tremendously the Great Sword archetype, as we now have a means to eradicate any mobility issues the weapon has since the very first entry in the Monster Hunter franchise. Lastly, players tend to forget that Great Swords can actually block minor hits from monsters, so make sure to take advantage of this added bonus this weapon offers. While the shielding effect is not as big as Lance’s and the likes, it can for sure save you in a tight spot. 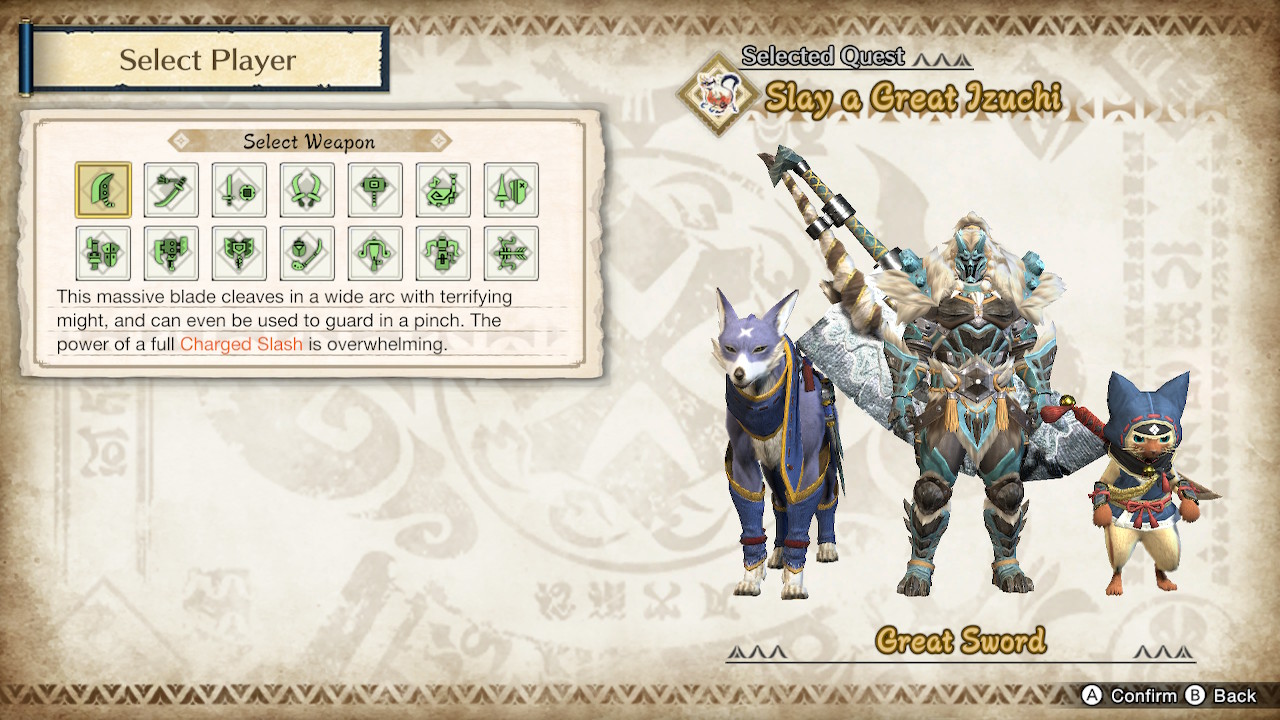