Outriders Expeditions: How to Earn Rewards

Grab the best loot in the game by clearing the hardest Expeditions as fast as possible. 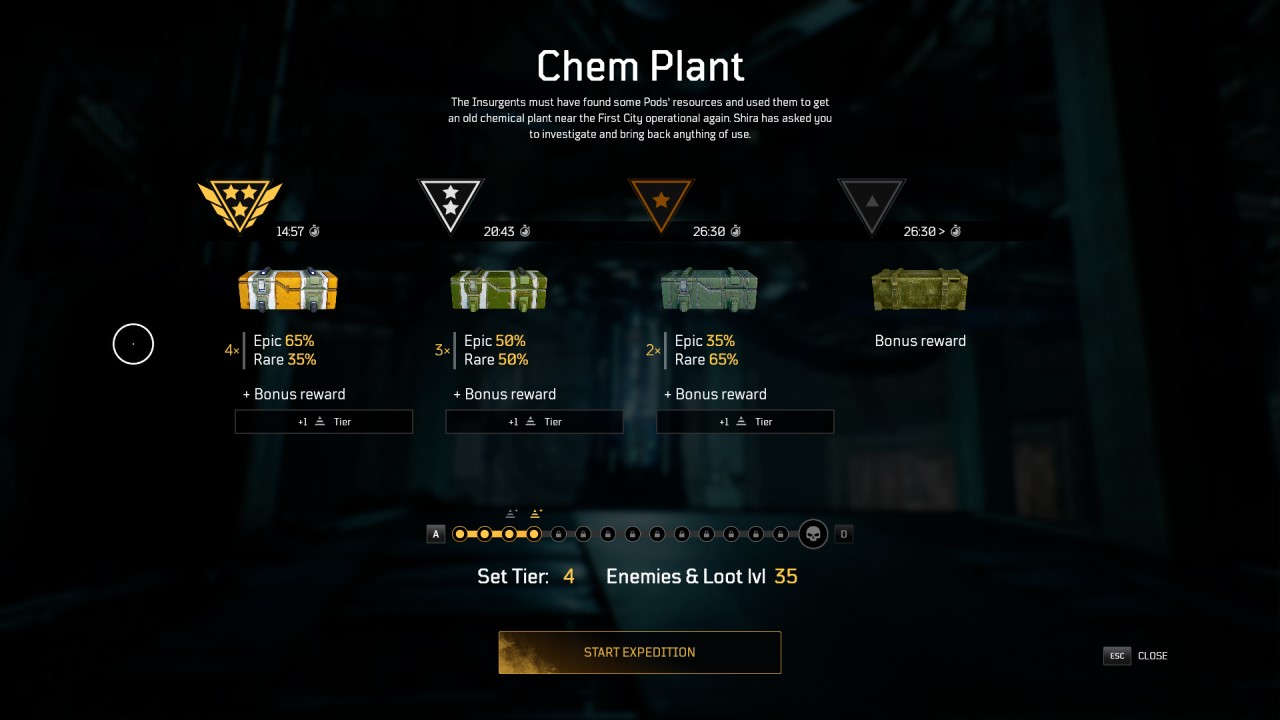 In Outriders you will want to complete Expeditions to earn the absolute best rewards in People Can Fly’s looter-shooter. While the lower Challenge Tiers may not seem as rewarding as the regular campaign at higher World Tiers, the upper Challenge Tiers drop some truly godly items, to include Legendaries.

Earn rewards in Expeditions by clearing Challenge Tiers and beating the clock.

You earn rewards in Expeditions simply by clearing the Expedition, but you’re not here for the basic drops. If you want to earn the best rewards available you need to do one of two things, and you’ll want to fine-tune your loadout and build to overcome both.

First and foremost, the higher the Challenge Tier the better the rewards. You unlock higher Challenge Tiers by completing the previous one (with a small catch), and each has better drop chances than the last. So, to keep it simple, climb higher to earn better rewards.

The second bit is all about time. Each Expedition has three time thresholds for you to clear, ranked by Gold, Silver and Bronze. Gold offers the best drop rates out of the three, scaling down until Bronze. Any time below Bronze won’t have an increased drop chance for loot, so you’ll only earn a meager “Bonus” reward and all the loot dropped from foes. 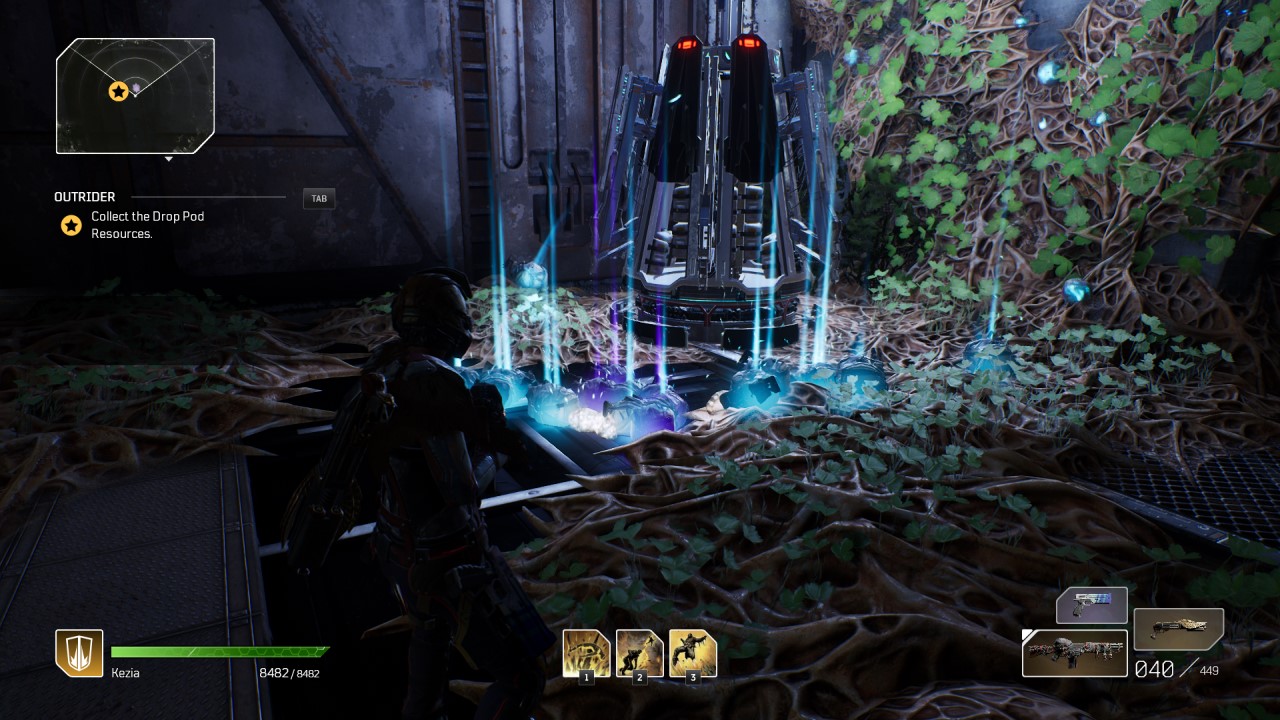 Finally, you’ll earn Drop Pod Resources upon successful completion of an Expedition, which can be spent for powerful loot that matches your highest unlocked item level. Speak with Tiago at any camp to bring up the trade interface for Drop Pod Resources. This is a decent way to earn rewards from Expeditions if the RNG in Outriders isn’t playing nice with your end of run drops.