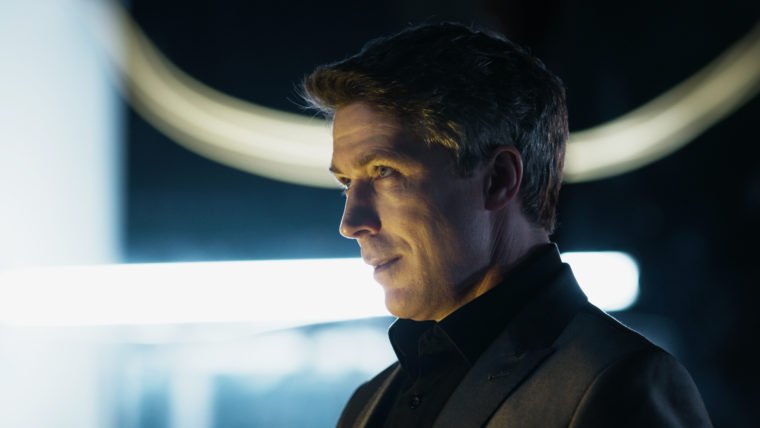 By the end of Act 5, you will have done everything to finally take down Paul Serene once and for all. This boss fight is not too hard, but it can get annoying if you don’t avoid his attacks properly as they can kill you in one blow.

This fight happens in two waves. Each wave has a bunch of Monarch soldiers that you have to kill first before you can shoot at Paul Serene himself. You need to complete both waves in order to be successful as dying after the first wave takes you back to the beginning again.

Taking out the enemies shouldn’t be too hard although you have to avoid Serene’s attacks. You can tell that Serene is attacking when you when you see red lights on the ground. This is an indication that Serene is going to throw something at you so hold RB to use the Time Rush ability to avoid them.

The first wave of enemies shouldn’t be too hard to kill so use your normal attacks on them. After the first wave has ended, Paul Serene jumps to the middle of the room to blast the entire vicinity. If you stay close to him, his attack will catch up to you and you will die.

I used the Time Rush ability to run to the back of the room (behind Serene) and his attack never got to me. After his attack ends, he will go groggy and this is your opportunity to shoot him. If you don’t know where he is, just press and hold Y button for the vision ability. He should be in the middle of the room on top of a ledge. Just shoot at him and the second wave commences.

The second wave of bad guys is similar to the first one but there are more big fat guys. I usually like to use the Time Stop or Time Blast attacks on them. Time Stop is used by tapping the RB button and this freezes them. The Time Blast is done by holding RB and charging it like a grenade. This should be enough to fight off the second wave.

After the second wave of enemies is taken care of, Serene jumps on the same ledge that he was on before. He then uses the same attack that takes out the majority of the room. Run to the same place as before which is at the back behind Serene. Serene will get tired again and this is your opportunity to shoot him again. After that, you should have defeated him.