Take down Nefarious once and for all. It all comes down to this. Emperor Nefarious is the final boss fight of Ratchet and Clank: Rift Apart, but this fight isn’t too tough if you know what you’re doing. After disabling the Imperial Power Suit, Rivet has to go one on one with Nefarious. If you remember the battle with Dr. Nefarious from earlier in the game, then you already know most of the mechanics for this fight. Plus, you likely have most of the weapons in the game at this point with a decent number of upgrades, so you’re definitely ready for the final showdown. Here’s how to beat Emperor Nefarious in Ratchet and Clank: Rift Apart.

How to Beat Emperor Nefarious in Ratchet and Clank: Rift Apart

This fight is similar to the Dr. Nefarious boss battle in the Scarstu Debris Field from earlier in the game, but with a few twists. The main thing you need to watch out for is his melee attack. He’ll occasionally swoop down and swipe at you, and you have to press Circle to dodge it or it’ll hit you. Just running or jumping won’t do the trick. You can tell when he’s about to do it when he winds up and looks like he’s about to dive. 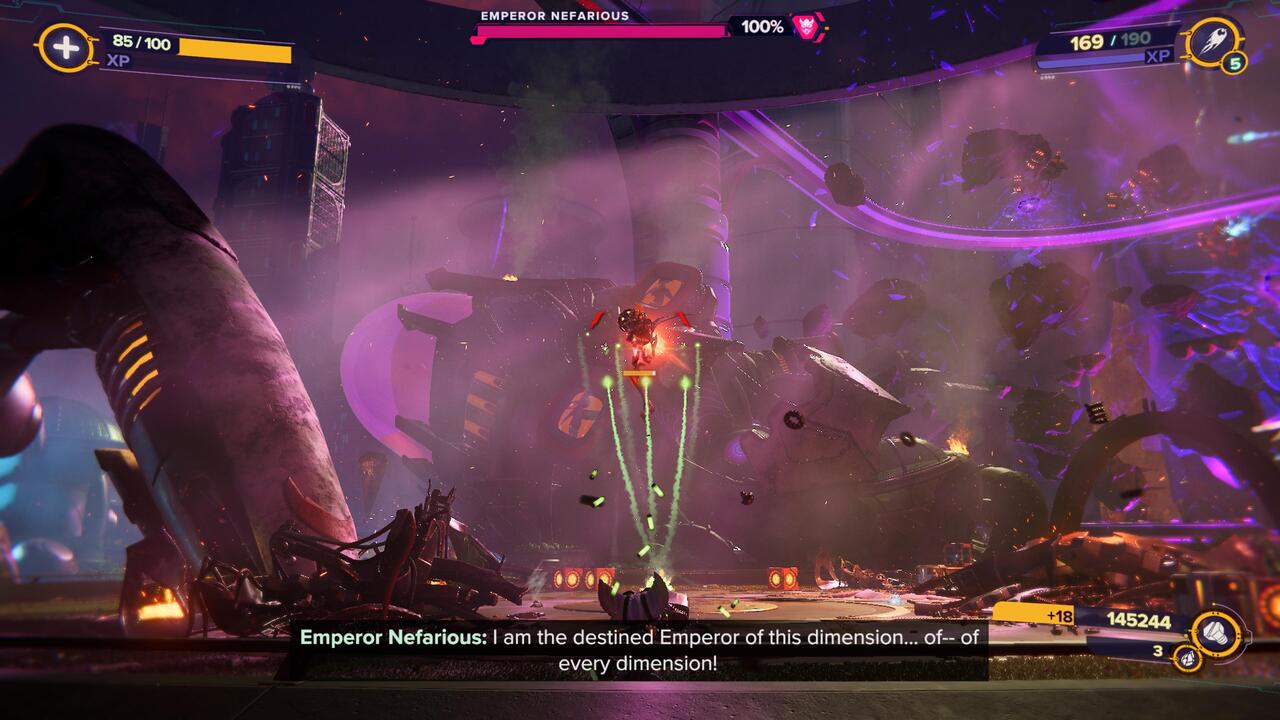 Other than that, he can fire a purple beam at you, but you can avoid it by constantly moving or jumping over it just like most beam attacks in this game. He can also open dimensional rifts and throw giant rocks and explosive boxes at you, but again, press Circle to dodge or just stay on the move. He opens a giant rift above him before he does this anyway, so it’s always telegraphed in advance.

As per usual, the same strategies that apply to most boss fights also apply here. Throw down a Topiary Sprinkler to immobilize Nefarious and allow yourself to get some bonus damage in. Use Mr. Fungi and the Glove of Doom to summon allies on the field and keep the troopers busy so you can focus on the boss. If you have the RYNO at this point, use it to clear the field of enemies when Nefarious retreats. As long as you use the Topiary Sprinkler and the other support weapons, this fight should be very simple. 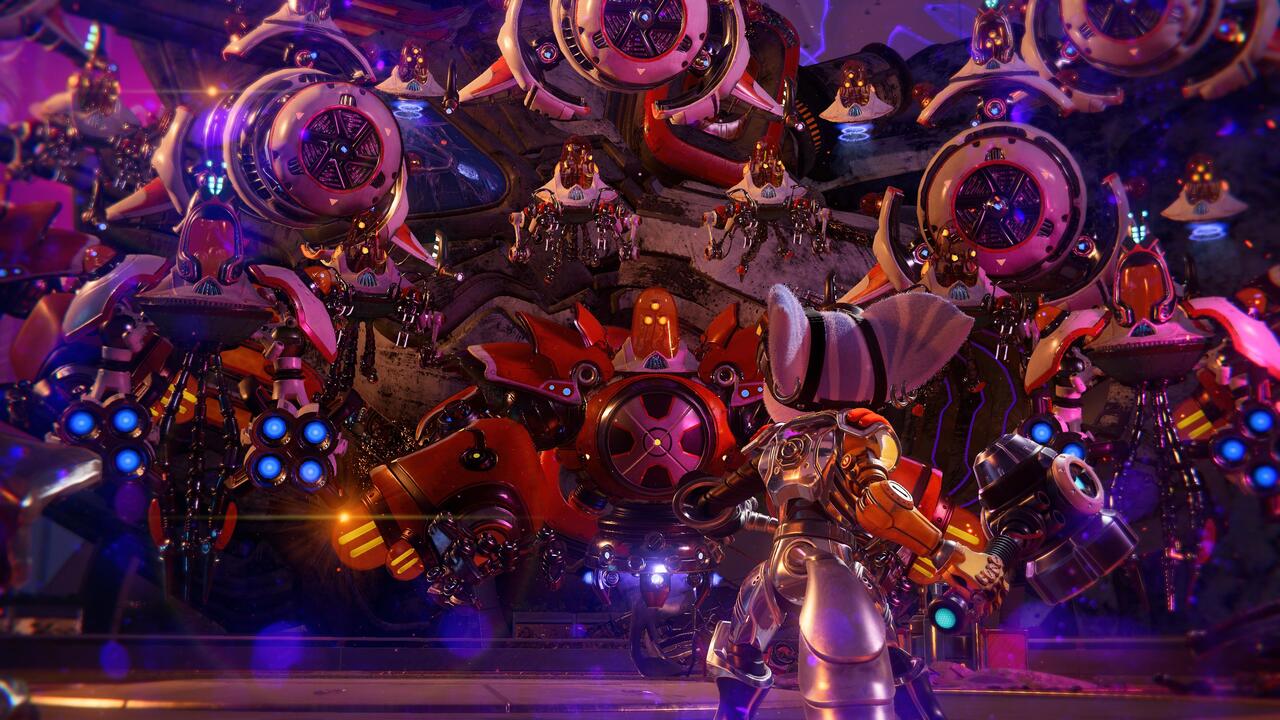 Once you weaken him enough, he’ll retreat to safety and summon a bunch of troopers to attack you. Just hold them off until Kit comes in for backup. When she shows up, you can go back to your regularly scheduled boss fight. From here on out, it’s the same process repeated. The additional enemies will continue to show up on the field, but Kit will handle most of them. You’ll really only need to divert your attention from Nefarious to take care of a heavy trooper or two. He’ll retreat to safety again once you get his health low enough, but once you defeat enough troopers, you can finish him off with the help of Kit.

With Nefarious defeated, the credits will begin to roll. Congratulations! You’ve beaten Ratchet and Clank: Rift Apart. At this point, all that’s left to do is clean up any collectibles like Gold Bolts or Spybots that you may have missed or go back and complete all the Battleplex challenges. You can go back and continue your save file from before the final boss fight by selecting “Return to Zurkie’s.” Beating the game also unlocks Challenge Mode, which you can begin from the main menu at any time.