Thought Hardcore was too easy? 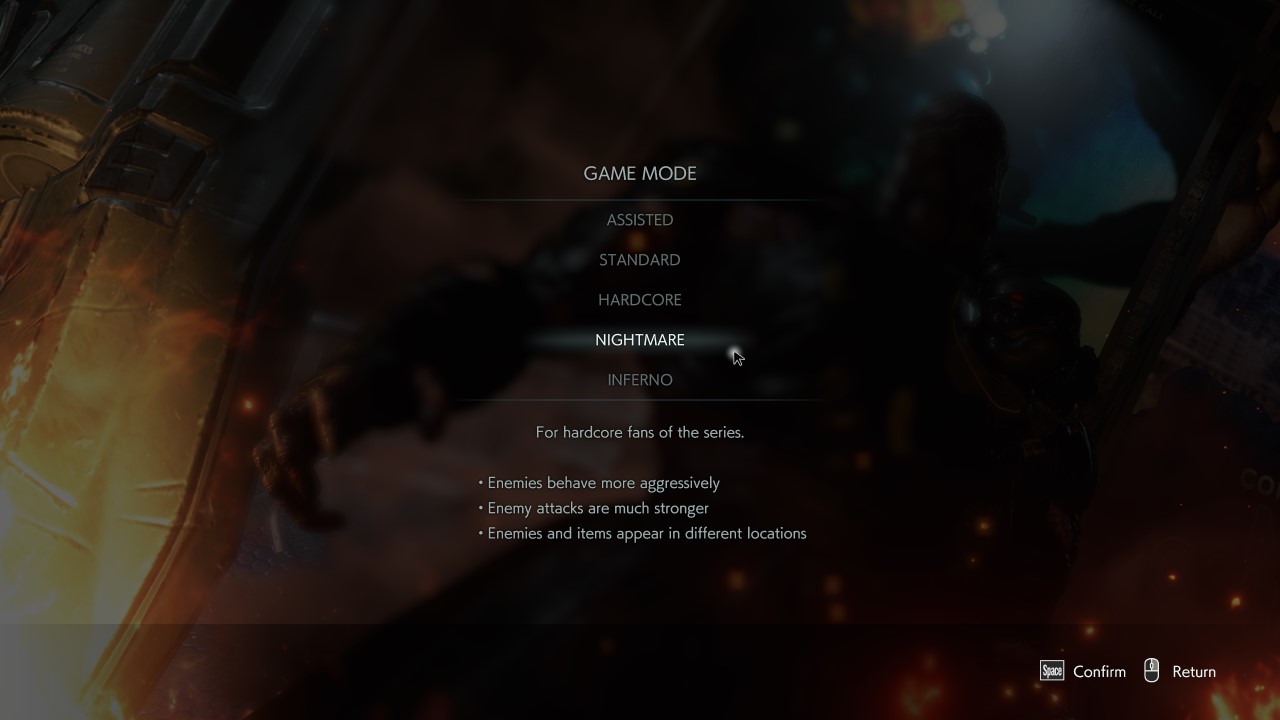 Resident Evil 3 launched with three difficulty modes, but there is a challenging Nightmare Mode available to those that clear Hardcore. So, what does it entail?

Nightmare Mode is unlocked by completing the game on Hardcore.

Players looking to run Nightmare Mode need only beat Resident Evil 3 on Hardcore, and they need not fret over their ranking. Simply clearing the hurdle is enough, and once they do they can start a new game under the Nightmare Mode difficulty.

Nightmare Mode is a larger shuffle to the game than Hardcore mode was, which made enemies harder and resources more limited. In Nightmare Mode not only are enemy attacks much stronger, but enemies are more aggressive as well. To make things worse, enemies and items appear in different locations.

We’re talking damn near one-hit territory for most enemy attacks, and zombies will borderline sprint at you. Enemy packs are thicker, and some proper pains in the ass from later in the game are more common earlier on. This mode is not for the faint of heart, and is still a challenge with items from the Shop at your disposal. Also, the final boss is absolutely punishing.

Clearing Nightmare Mode isn’t the end, however. There remains one last barrier to surmount….