This treasure is hard to miss. 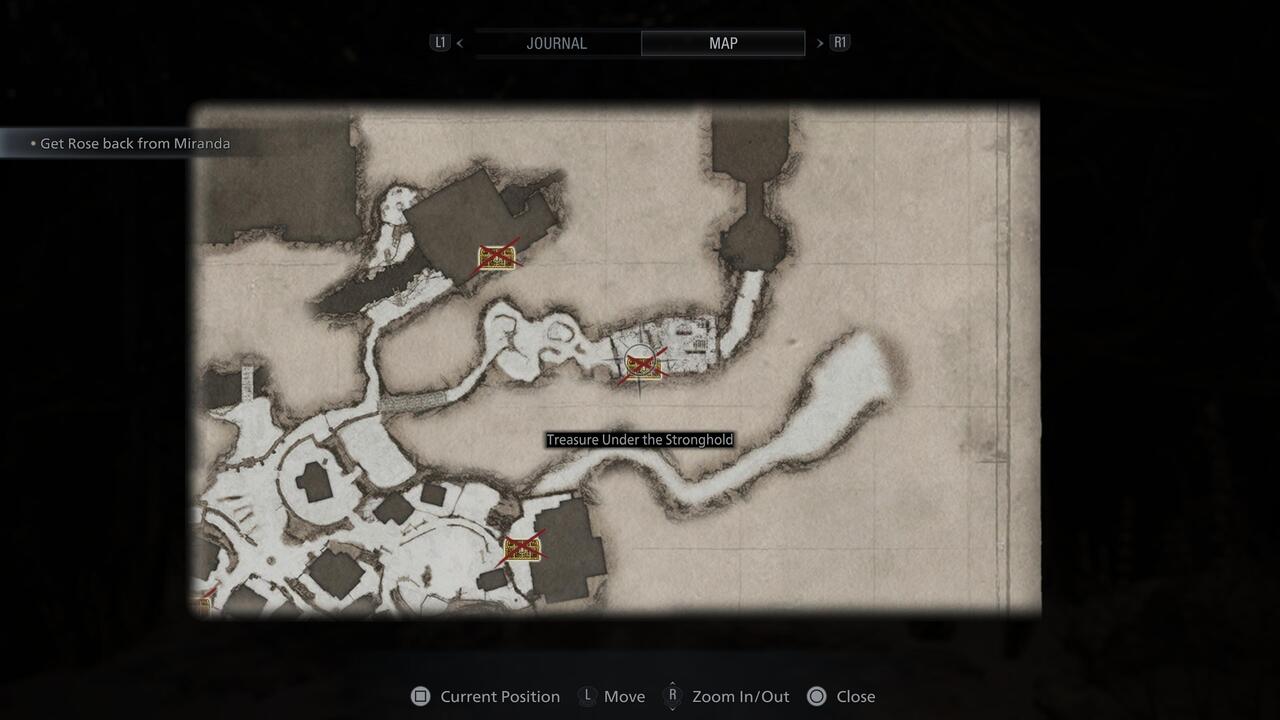 How to Get the Treasure Under the Stronghold

The Treasure Under the Stronghold is located underground. Even though the map makes it seem like you obtain the treasure as soon as you reach the Stronghold, this is not the case. You’ll have to battle waves of enemies and fight your way inside before you can get this treasure.

This treasure is actually quite hard to miss. Just play through the Stronghold section normally, making your way to Heisenberg and killing any Lycans in your way. Eventually, you’ll reach a boss fight, and that’s how you’ll know you’re almost there. You’ll be ambushed by a giant enemy with a huge hammer, and you need to defeat him in order to progress. 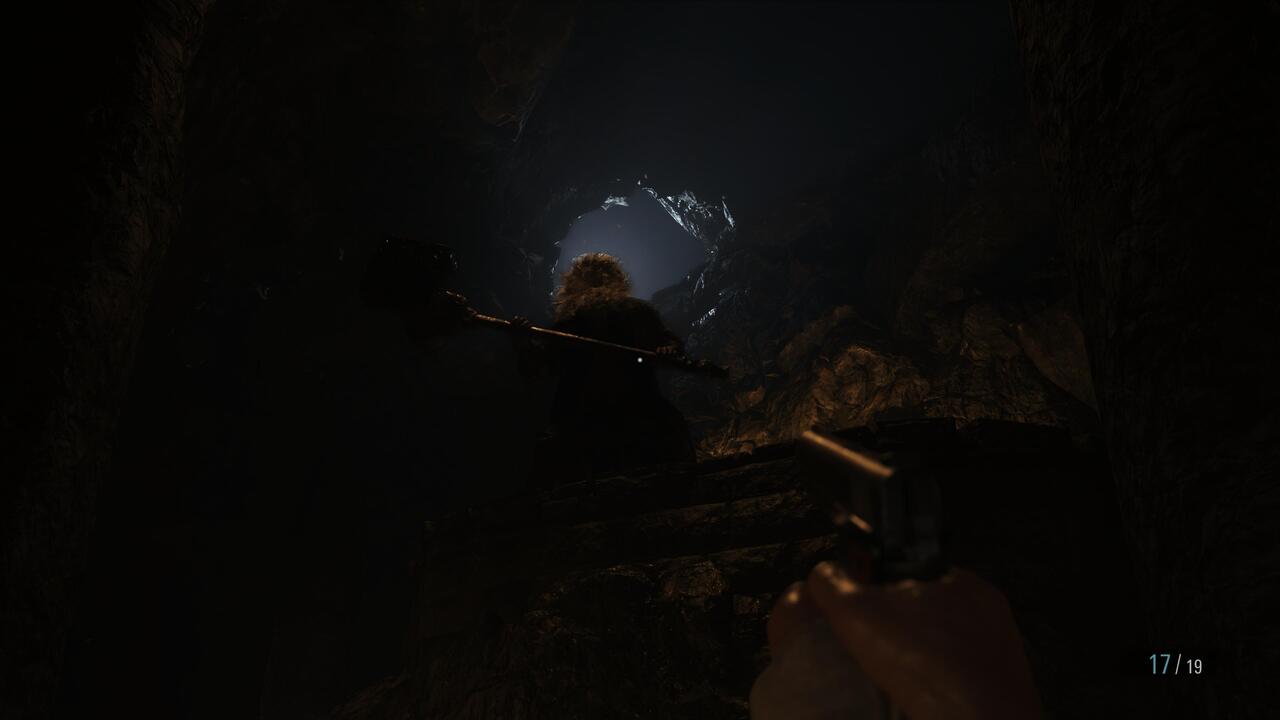 How to Beat the Hammer Boss

The hammer-wielding Lycan boss fight is fairly straightforward, just like most of the other boss battles in Resident Evil Village. All you have to do is shoot it as much as you can while staying on the move. There are two moves you need to watch out for outside of his standard hammer swings. First, sometimes he’ll jump up to the ledge and do an aerial hammer slam. If you see him go to the ledge, run away as fast as you can so you can avoid the slam. Second, he’ll sometimes rip a stone pillar out of the ground and throw it at you. He makes a loud grunting noise when he does this, and it’s pretty easy to avoid if you see it coming. Additional Lycans will continually spawn throughout this fight, but they usually only come one or two at a time.

Ammo and supplies will appear in the alcoves with candles if you need them. Once the boss is defeated, you’ll pass through a short cave section before you find Heisenberg’s flask. He’ll contact you immediately after in a brief cutscene, and then you’re free to take all the flasks to the Altar. 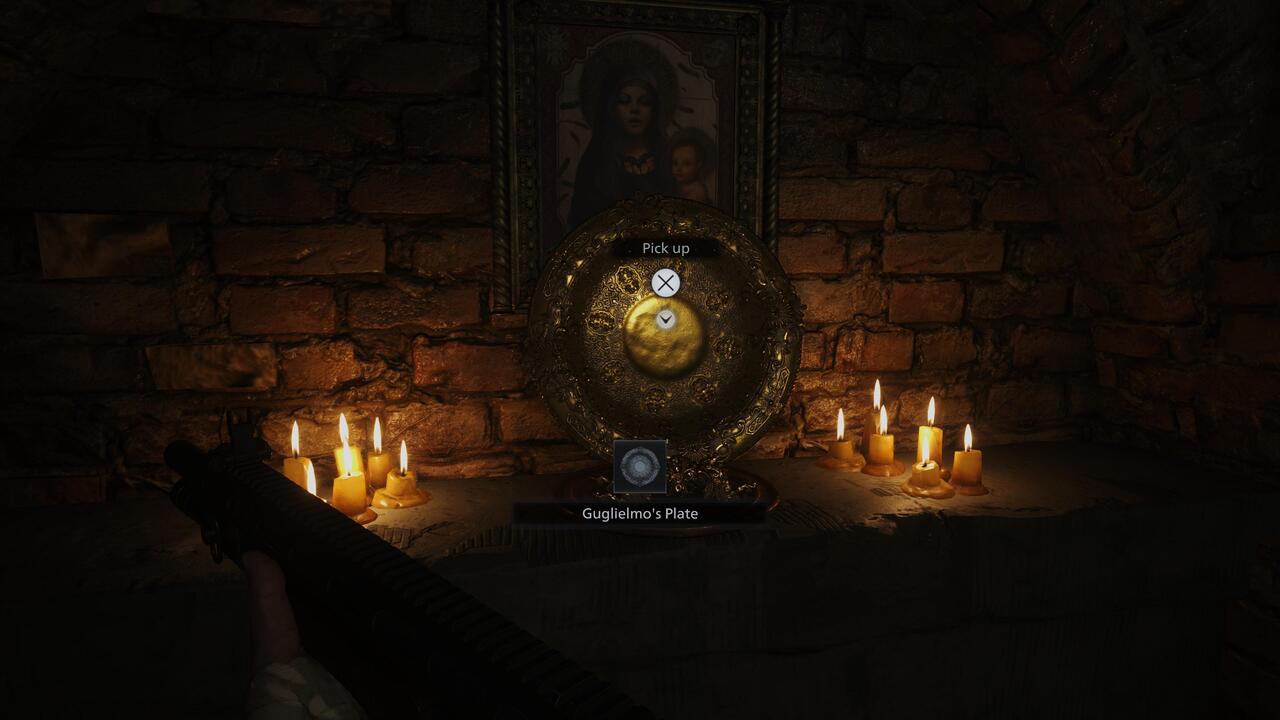 After the short scene with Heisenberg, head down the stairs and turn left to find the Treasure Under the Stronghold: Guglielmo’s Plate. That’s right, this treasure is just sitting there in a not-so-hidden hiding spot. This plate sells for 25,000 Lei, so bring it to the Duke for a nice profit. At this point, you’re nearing the end of the game, so be sure to check the village for any treasures you may have missed. Beneviento’s Treasure is quite valuable if you’re short on Lei for upgrades or new weapons, or you could check out the Riverbank Treasure House for an easy profit.