Shadow of the Colossus PS4 Guide: How to Beat the 7th Colossus 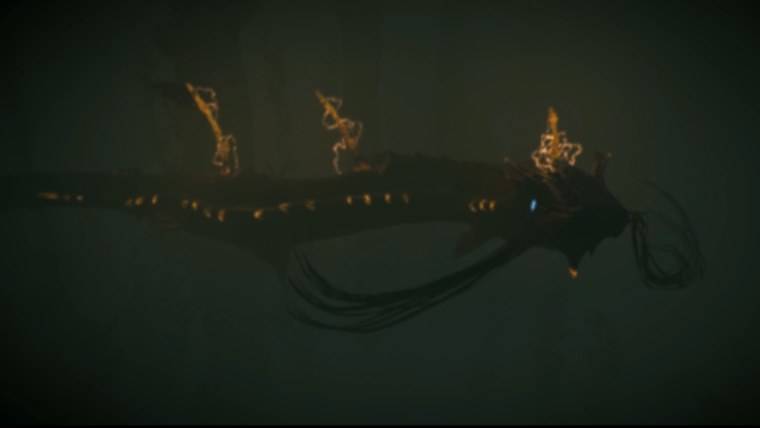 Nearing the halfway point, the colossi are getting pretty interesting, with the 7th offering a water-based adventure that can be quite challenging. You’ll have to rethink a bit of your usual strategies for this one, as he won’t just saunter around for you to hop on. You’ve got to get him to surface and then deal with his constant diving underwater. So, here’s how to beat the 7th colossus in Shadow of the Colossus for PS4.

The 7th colossus loves to hang out way underwater, where you cannot reach him. To get onto his back, where his glowing weak points are, you need to get him back up to the surface of the water. Luckily, he’s pretty easy to lure. You pretty much just have to jump into the water and swim around a bunch, trying to get out in front of him if possible.

Once you have his attention he’ll swim toward you and surface just a bit. The problem is he has three large electric spikes coming out of his back, and if you’re near them you will get shocked. So swim away a bit and watch for his tail. Once the last electric spike moves past, swim back to where the colossus was surfacing and dive down with R2. If you do this right you’ll latch onto the colossus’ tail and be taken for a bit of a ride.

Hold on while the colossus dives down and eventually he’ll surface for you to get to work. The weak spot is on his head, but you need to do some work to get there. Each electric spike needs to be taken down, or you’ll get electrocuted along the way. Crawl or walk to the first spike, making sure to steer clear if the colossus is going to dive underwater again. At the base of the spike is a weak spot you can stab to turn the spike off.

Work your way forward, repeating this process for each of the three spikes and your way will be clear. You may need to repeat the first step again if the colossus dives again, so do that as necessary. Once the spikes are all down you can make your way all the way to the beast’s head and stab the glowing weak spot to bring him down for good.

And that’s it for how to beat the 7th colossus in Shadow of the Colossus for PS4. He’s not particularly tough, but he does require a ton of stamina to take out quick. If you need help increasing your stamina click here. Or check out our other guides, including how to beat the 8th colossus.

Shadow of the Colossus PS4 Guide: How to Beat the 7th Colossus

Home / Game Guides / Shadow of the Colossus PS4 Guide: How to Beat the 7th Colossus