Shadowlands Patch 9.1 – How to Get Tower Knowledge

Knowledge is virtually power thanks to the talents you can purchase with this new currency. 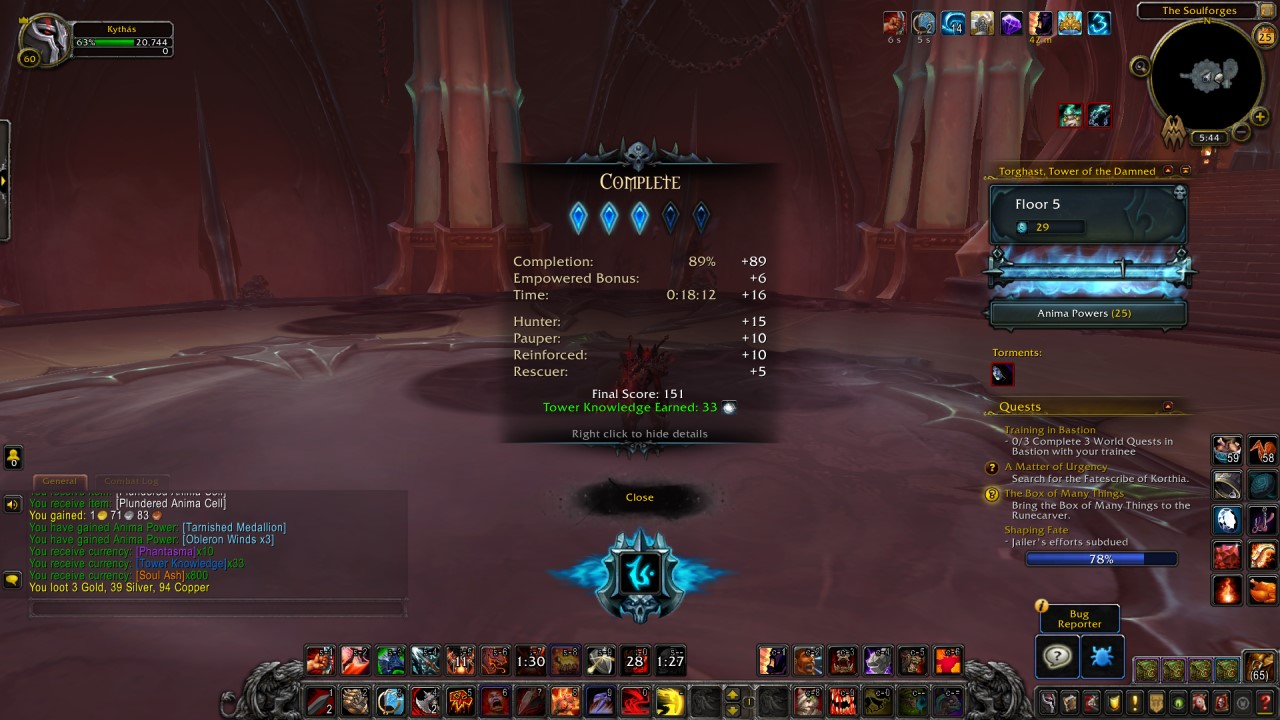 Tower Knowledge is a new currency added in Shadowlands Patch 9.1, and it is used to purchase talents within The Box of Many Things. This new system acts as a talent tree for Torghast, featuring talents that offer permanent buffs and useful utility. If you want your Torghast runs to become faster and easier you’ll want to farm Tower Knowledge to purchase these talents. You can read our articles on how to unlock The Box of Many Things and what talents are within it here and here respectively.

Tower Knowledge in Shadowlands is earned by completing Torghast runs.

Tower Knowledge is earned at the end of a successful Torghast run in Shadowlands, but there’s a bit of nuance to how much you can earn. In Patch 9.1 Torghast has moved away from a death-centric model to a score-based one that takes completion percent, time, and total deaths into account at the end of your run. The better you perform the higher your score will be!

The amount of Tower Knowledge earned at the end of a Torghast run is determined by your final score and the difficulty of the layer you completed. The harder the layer and the higher your score the more Tower Knowledge you will earn in Shadowlands. Keep in mind that it has a Seasonal Cap that increases weekly, so you won’t be able to farm enough to purchase every talent within The Box of Many Things for a few weeks.

To maximize your score and to cut down on how many Torghast runs you need to clear to hit your weekly cap of Tower Knowledge you need to be both efficient and deadly. Oddly enough, talents from The Box of Many Things will ultimately make both of those goals easier to accomplish, but early on you’ll want to use your movement skills to cross larger distances between enemies, and get into the habit of chain-pulling if you haven’t already. The best way to increase your score and earn Tower Knowledge: kill every enemy, save every soul, and break every vase!

Try not to bite off more than you can chew, and utilize your Empowered Buff whenever you are surrounded (enemies killed while Empowered boosts your score)! Eventually you’ll find yourself maximizing your performance, and you’ll start to cap your Tower Knowledge in Shadowlands in no time.

Home / Game Guides / Shadowlands Patch 9.1 – How to Get Tower Knowledge