Next stop, the Asteroid Coaster! 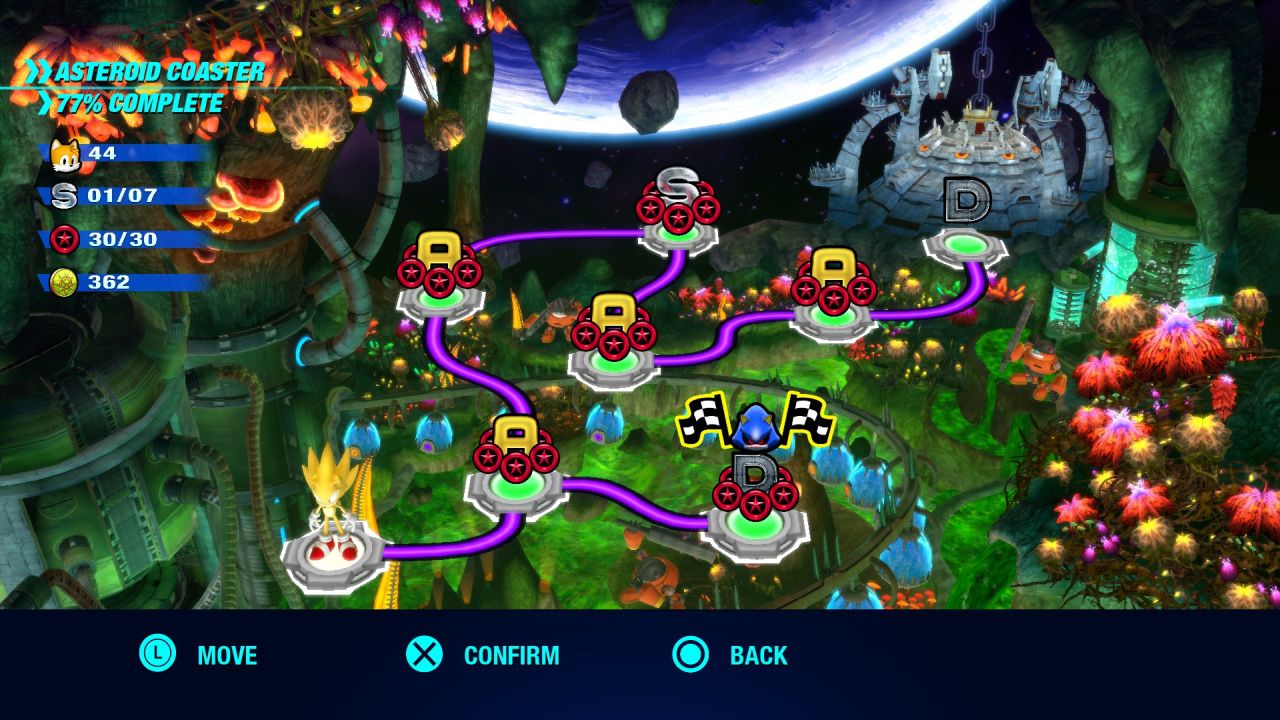 Going clockwise in terms of level selection in Sonic Colors: Ultimate, the Asteroid Coaster was my final world before getting to Terminal Velocity. This is also the world that introduces the Purple Frenzy Wisp. It will be needed for all the acts in some capacity in getting the Red Star Rings, especially when it comes to destroying those Wisp energy columns throughout the world. Here are the locations for them. 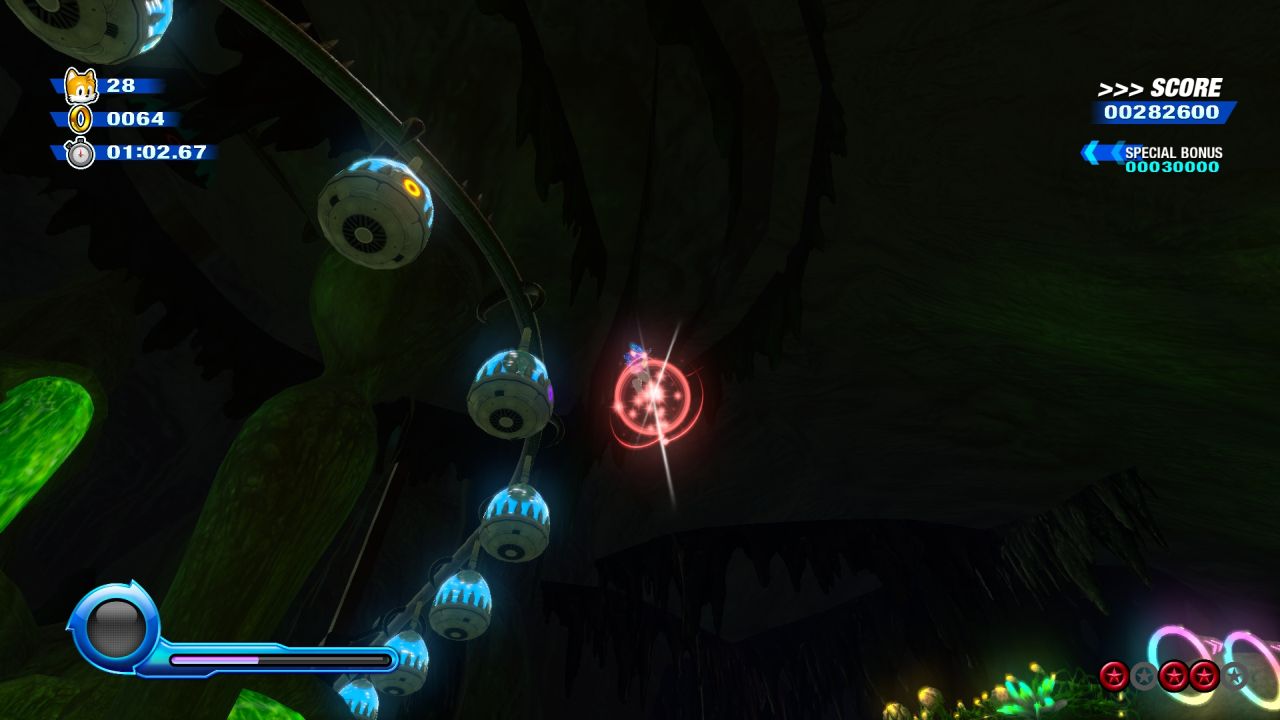 When you get to the second roller coaster part, watch out for the series of red booster circles. You want to jump into them as you hop onto the second coaster. It’ll take you to a higher area of the Act. They will shoot you through an alternate path. Ride the fans on the raising tower that the boosters left you on. You’ll reach an alternate second checkpoint way above the original path. Don’t fall! Make your way across this alternate path and you will see a Red Star Ring when you take the middle boost ramp. 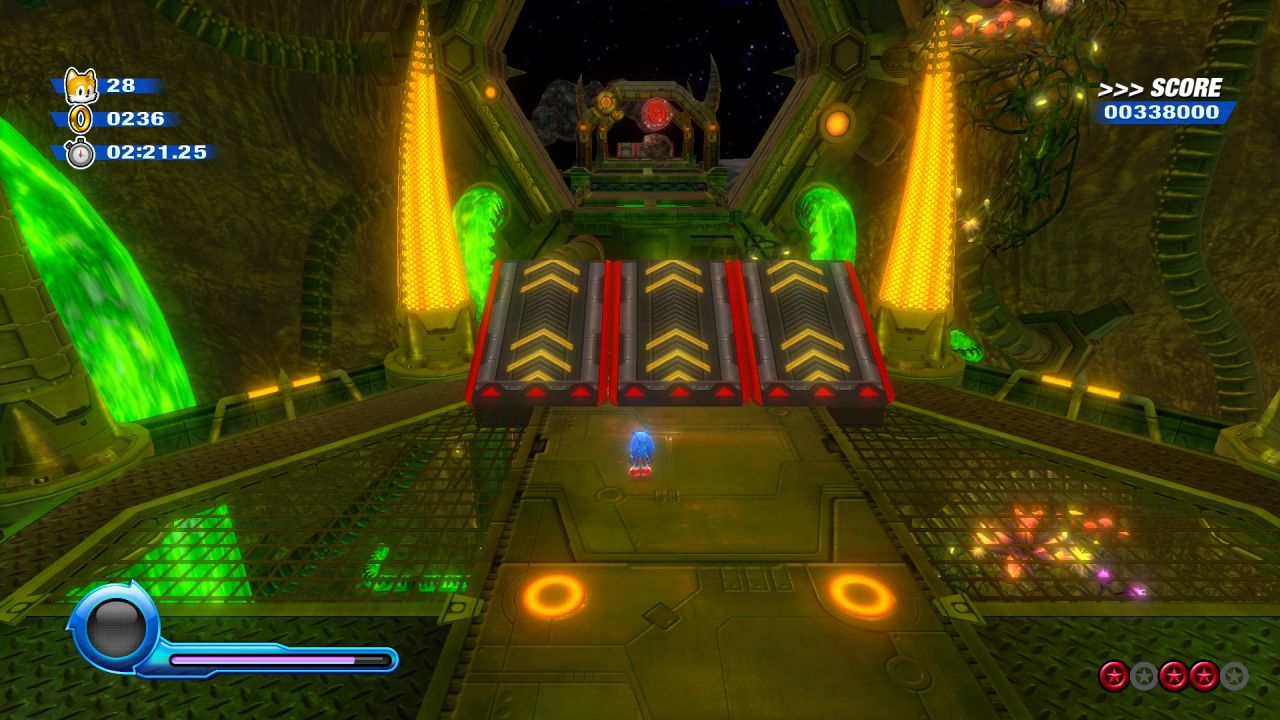 As you go into the big jump into outer space, perform a homing attack on the rightmost asteroids. They should lead you onto the Saturn-looking platform where you’ll run around it a few times. Stay in the middle of this running segment and you’ll easily collect the third ring. 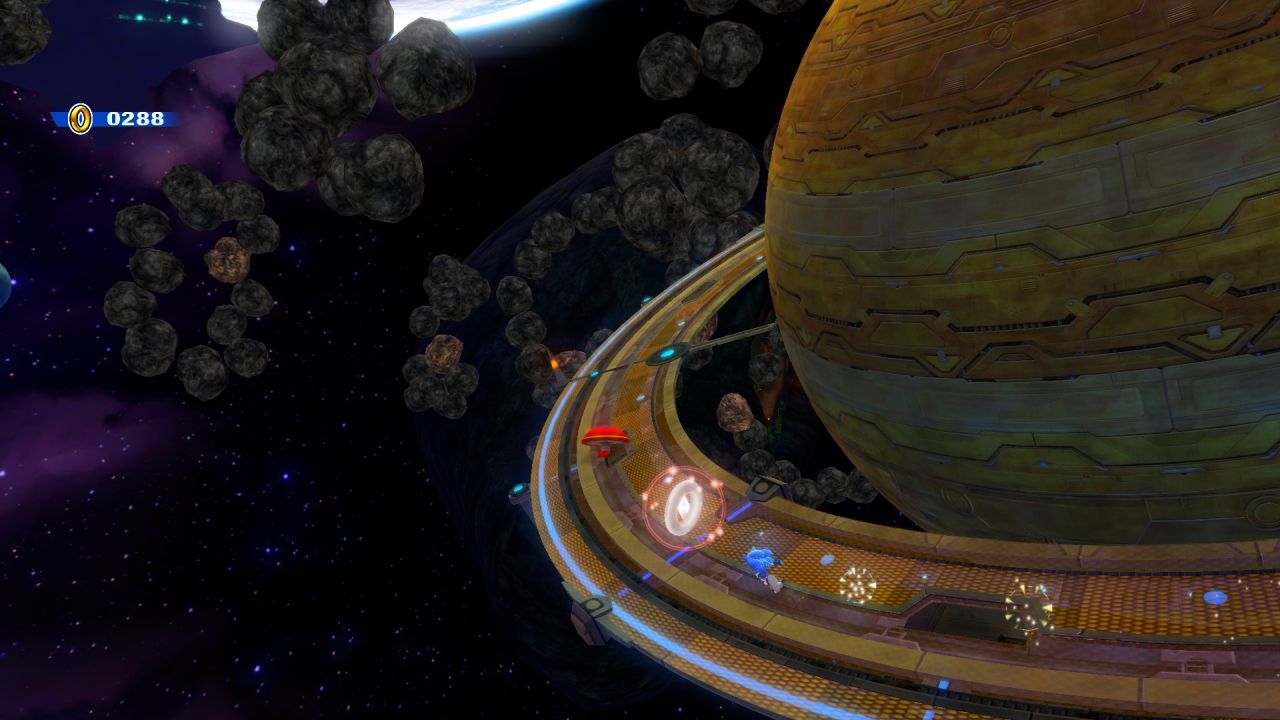 After the third checkpoint, you’ll come across the really trippy moving platform segment that makes Sonic gravitate towards the ceiling or floor. They keep changing depending on what platforms you go on. Carefully get through this and the fourth ring should be at the top part of the screen after a few platforms. 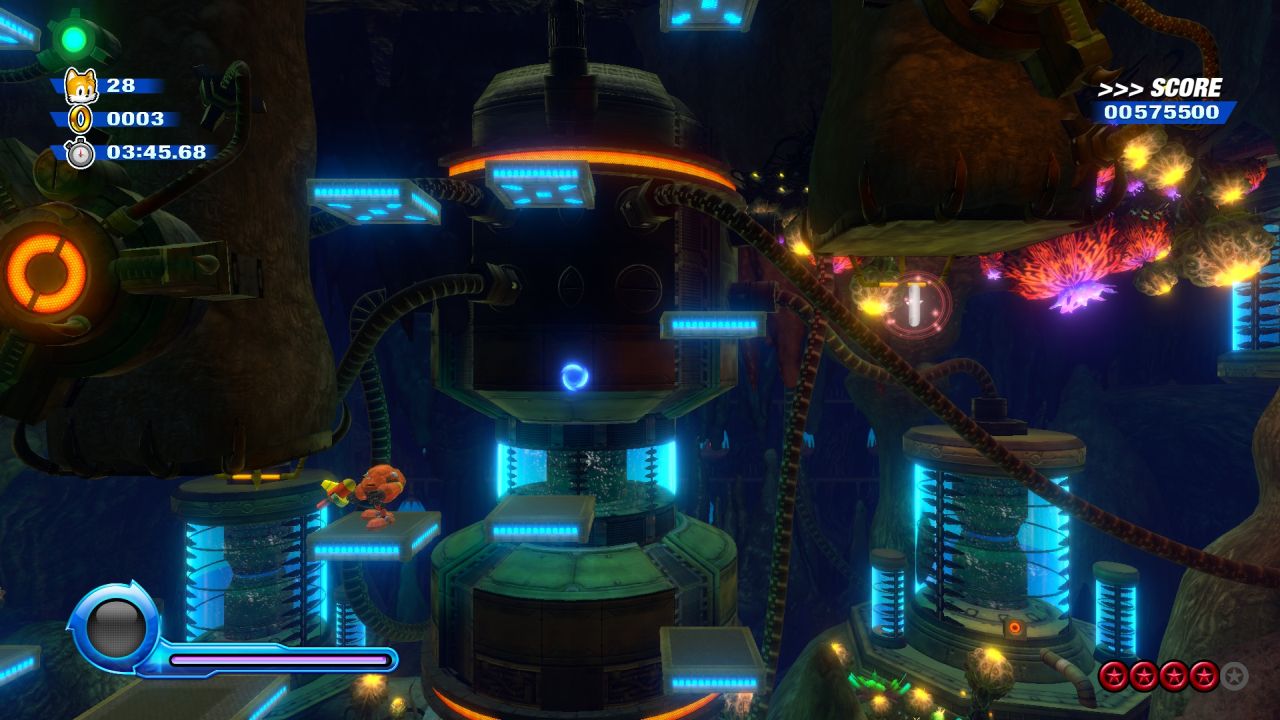 Near the end of the level, you’ll reach a part where you will run around the rings of another planet. This time, there will be Frenzy Wisp capsules around this runway. Look around in some of the breakable crates. One of them should contain a spring that’ll shoot you through a series of pulleys. At the end of one of them will be the final Red Ring. 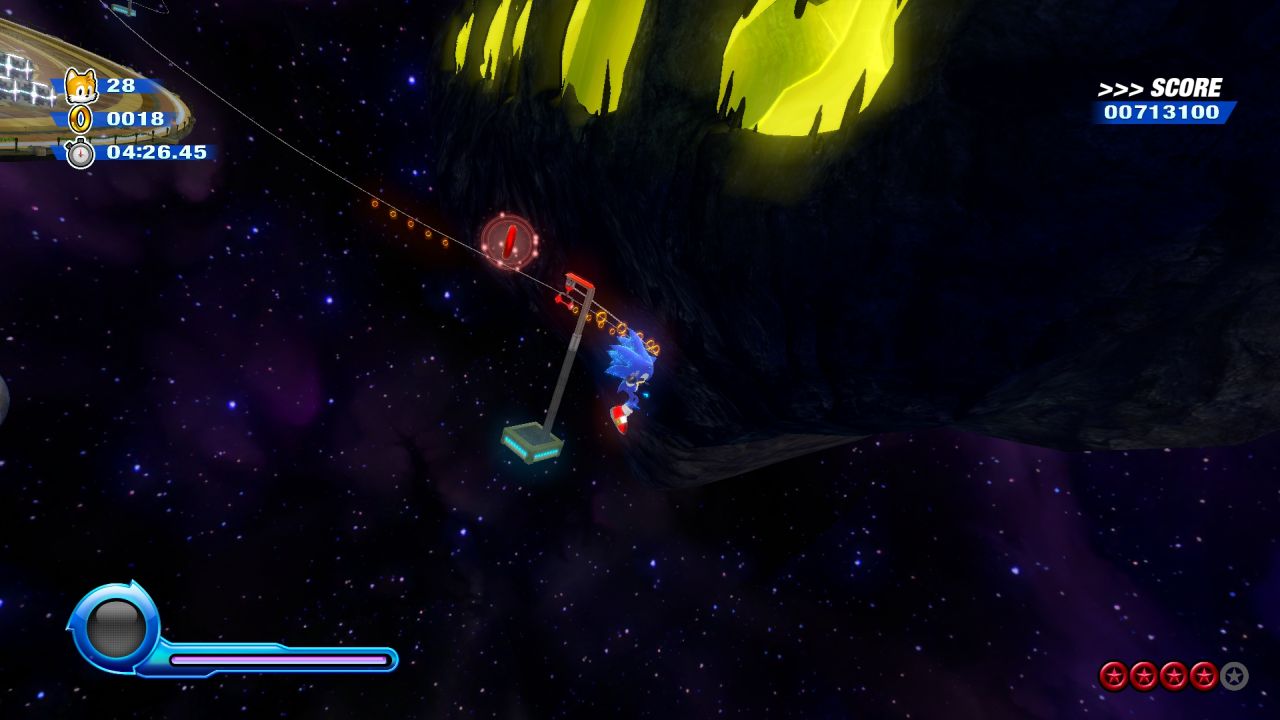 On the section with the pushing walls, make your way to the bottom route via the yellow disappearing platform. Perform a homing attack to hit a spring. You’ll then be bounced off several more springs until being thrown into the first Red Star Ring. 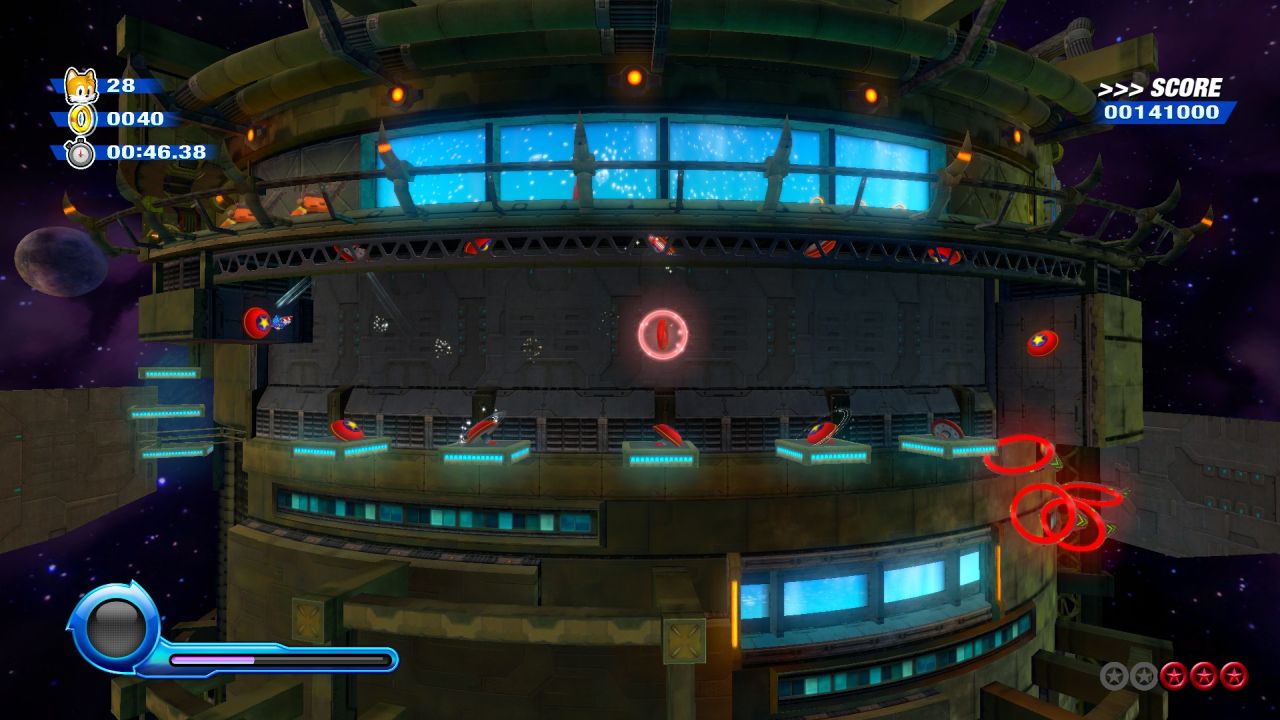 After the first ring, follow the top route until you come across a gap in the floor. You won’t die, but there will be a semi-maze of yellow disappearing platforms. Go through them to the very end, but do not fall all the way down. At the last three yellow platforms, the Red Ring will spawn. 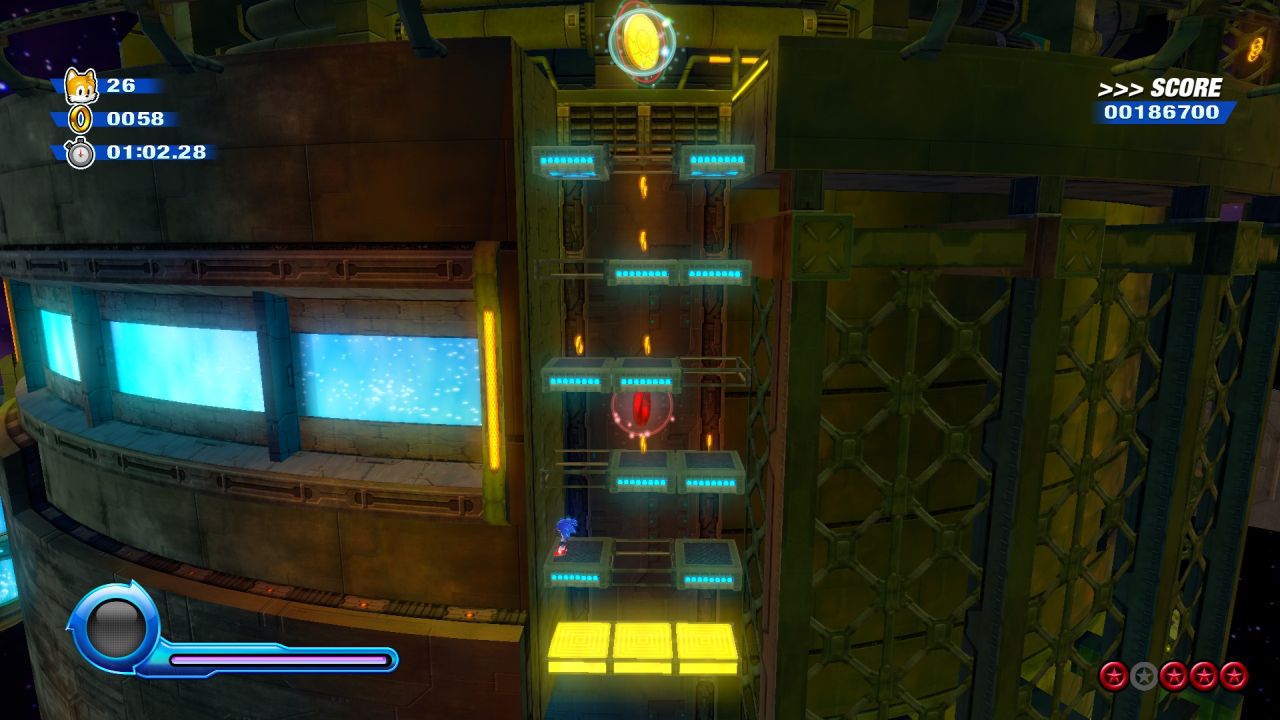 Before the second checkpoint, you’ll be at a Frenzy section where you’ll chomp through various enemies and blue columns. Maintain the ability until you get to the wall with some more columns covering a red spring. Use the red spring to jump high enough into the third Red Ring. 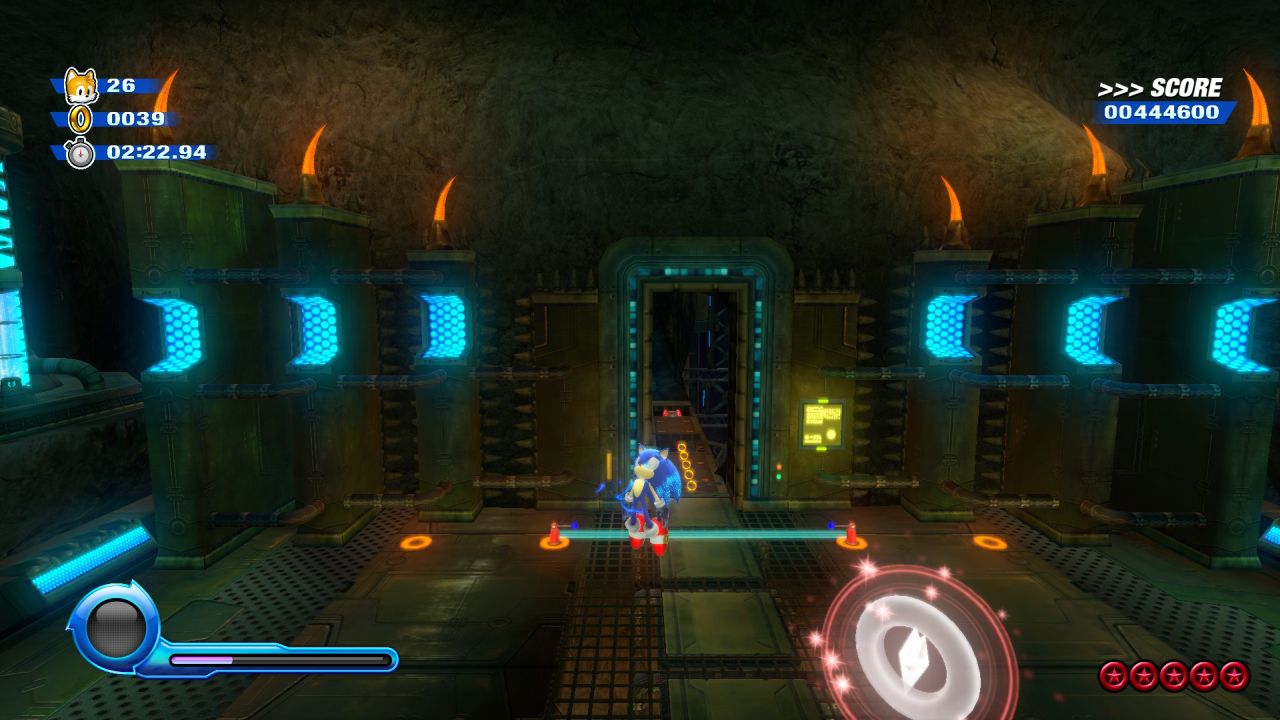 After the second checkpoint, you’ll be in the room where gravity is all weird and balancing between up and down. Make your way past the pushing walls until you start to go up (or technically down in terms of your screen orientation). Then go left to a path where you’ll find some Badniks. The fourth Red Star Ring should be sitting on top (or under) three yellow disappearing platforms. 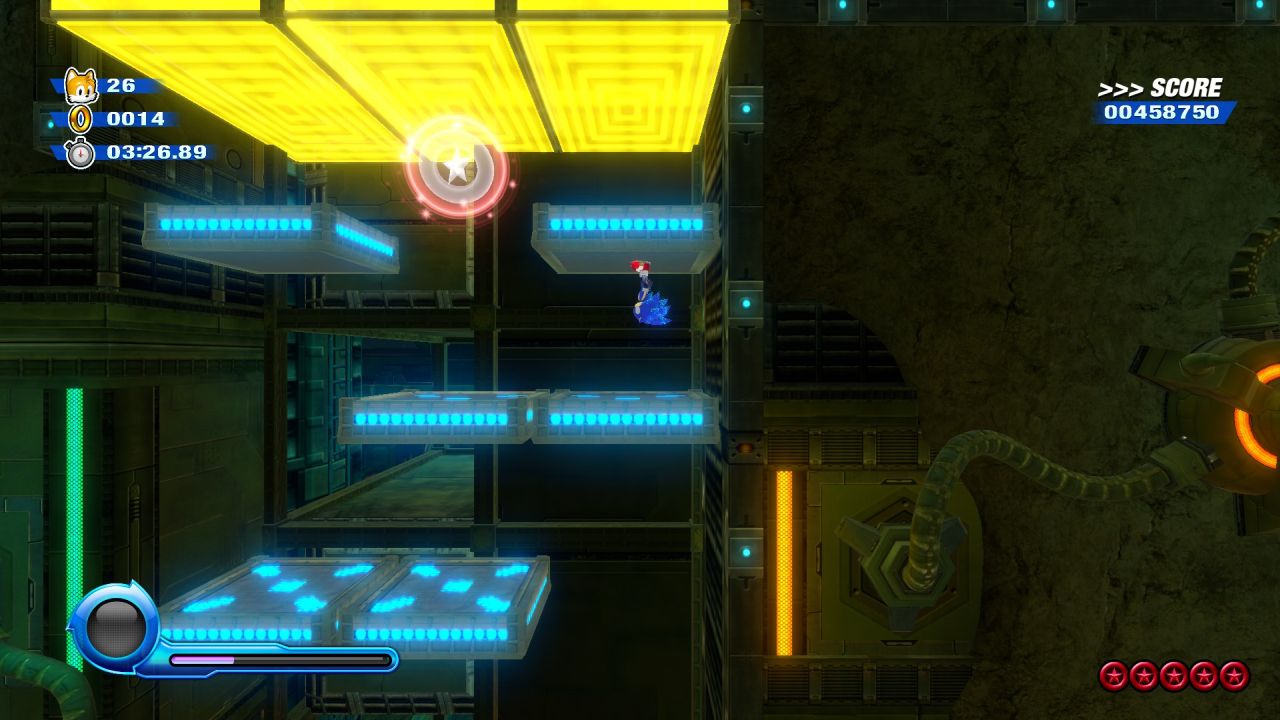 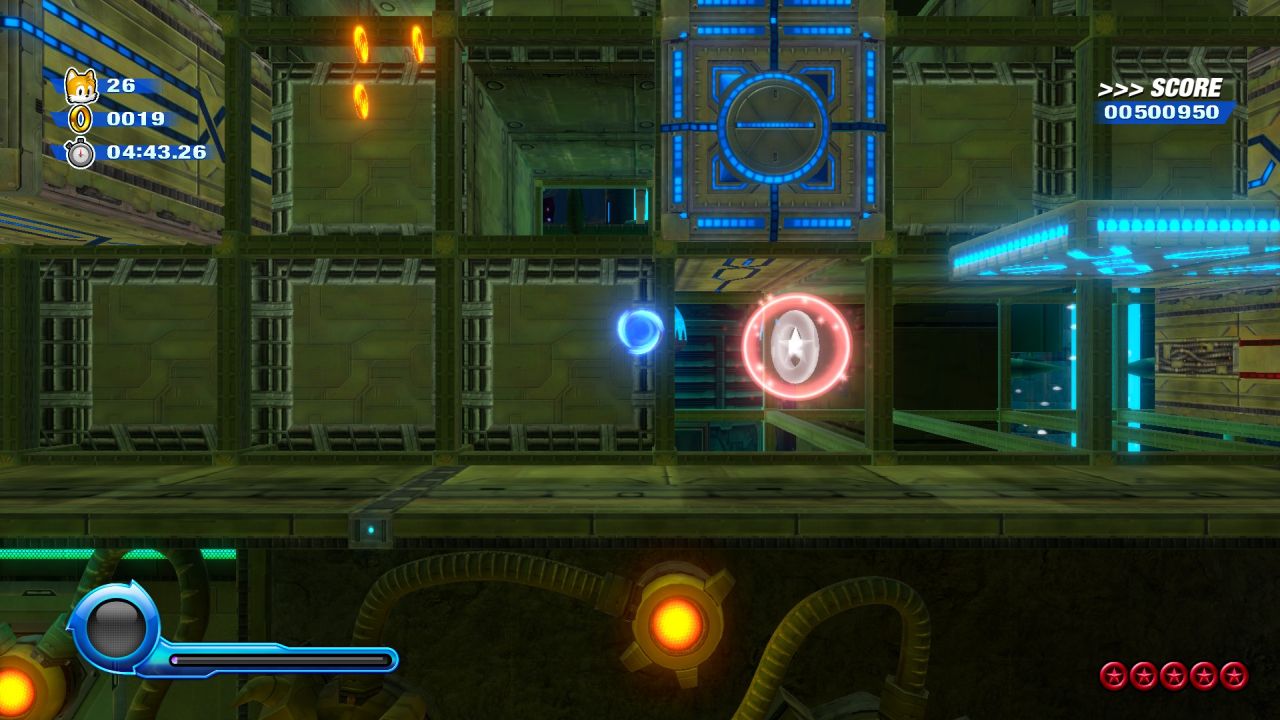