Everything You Need to Know About the Stadium Map! 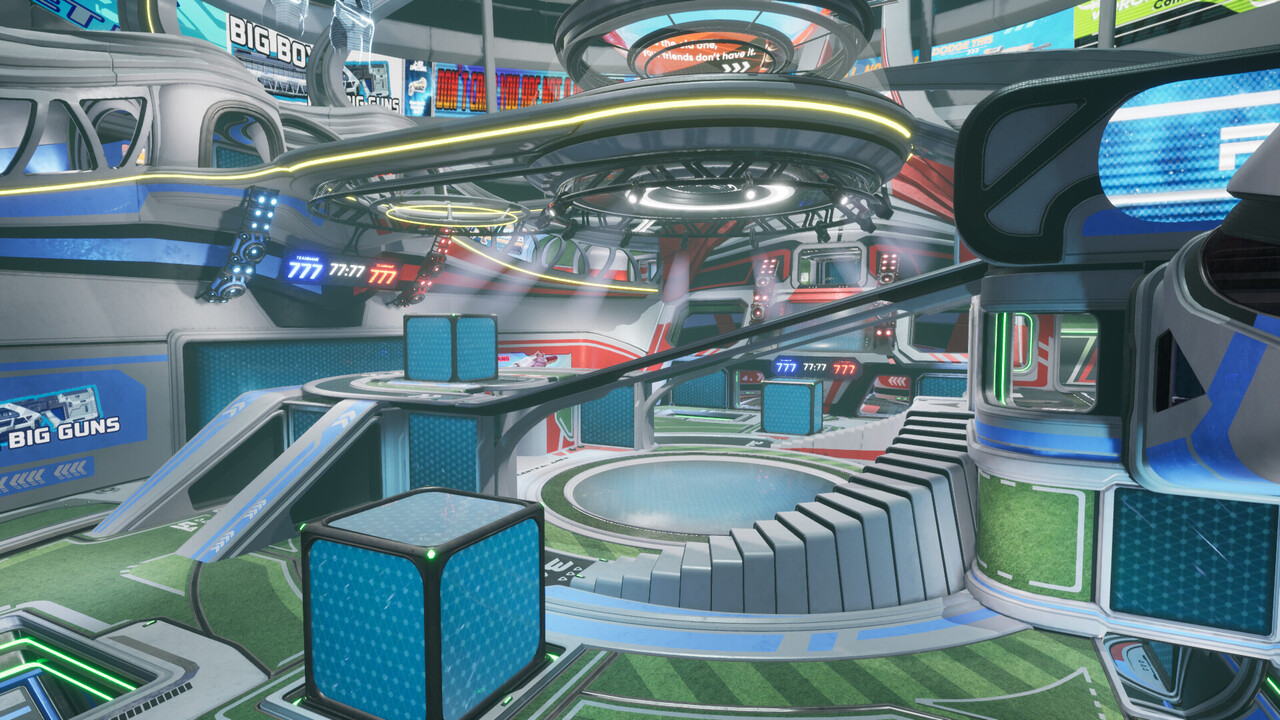 Splitgate has exponentially increased in popularity over the last few months, rocketing to the highest echelons of game discussion around the globe. This has likely happened for a variety of factors, from unique mechanics, fast-paced combat, being seen as a Halo/Portal hybrid, and furthermore, the diverse and varied maps fleshed throughout the experience for players. This upcoming guide series will take you through each map and some of the best spots to use for traversing the map and dispatching opponents swiftly.

Anyone who has played through Splitgate will have likely ran across the Stadium map at some point due to its popularity for players to vote on. The Stadium is a close combat arena and offers trigger-happy players a quick and snappy executable style map. So, what are some of the ways you can conquer this map with your logic skills you may ask? Well, there are many, and this article will seek to showcase a myriad of those options to you.

What is the first spot we can use? The Mirror Wall!

Firstly, when you are placed into the gleaming and scintillating arena, you will notice the two mirrored sides of the map, both identical to the other. Within the medium to the top section, you will witness an area akin to a balcony overlooking the battlefield.

After traversing your way to one of the balcony areas, on the walls facing the main field of the Stadium, there will be a place for a portal, you can place one portal on that wall and then aim another portal at the very back wall of the opposite side’s balcony as shown in the image below. This will give you an opportunity to look through the portal closest to you and pick off unsuspecting enemies on the other side. 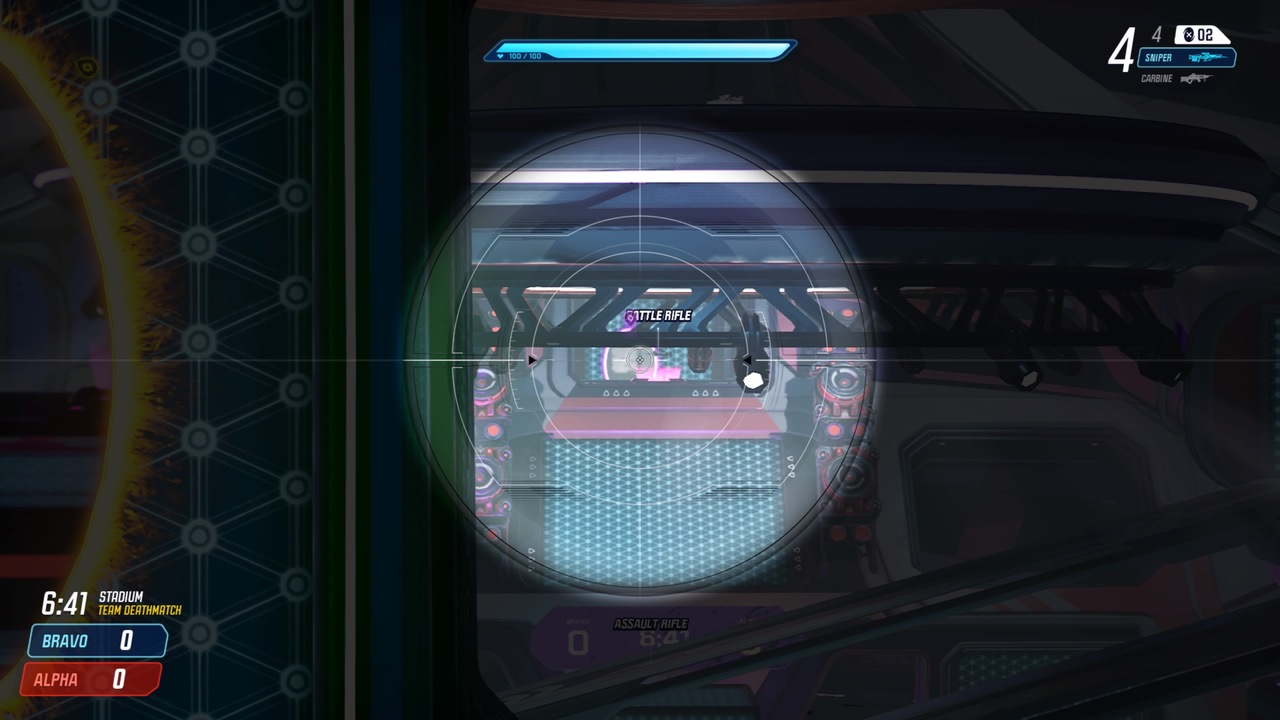 Ramping up The Strategy

Yet another position for a portal to be used can be seen in the form of the sidewalls of the stadium. Make your way to the ‘undercarriage’ ramps on the side of the stadium and place one portal on the bottom wall face, then turn behind you and look up, placing another one on the back wall close to the top of the placeable area. Look through your first placed portal and you will now have a safe place to view both side areas of the stadium and an entrance to one main hub to pick more enemies off with ease.

This spot can also be used as a fast transition area if low on health and needing to find fast cover to survive, luring enemies around the back of the wall then using your portal on the undercarriage will allow you to re-appear behind them and make the killing strike before they even notice. Smooth moves… 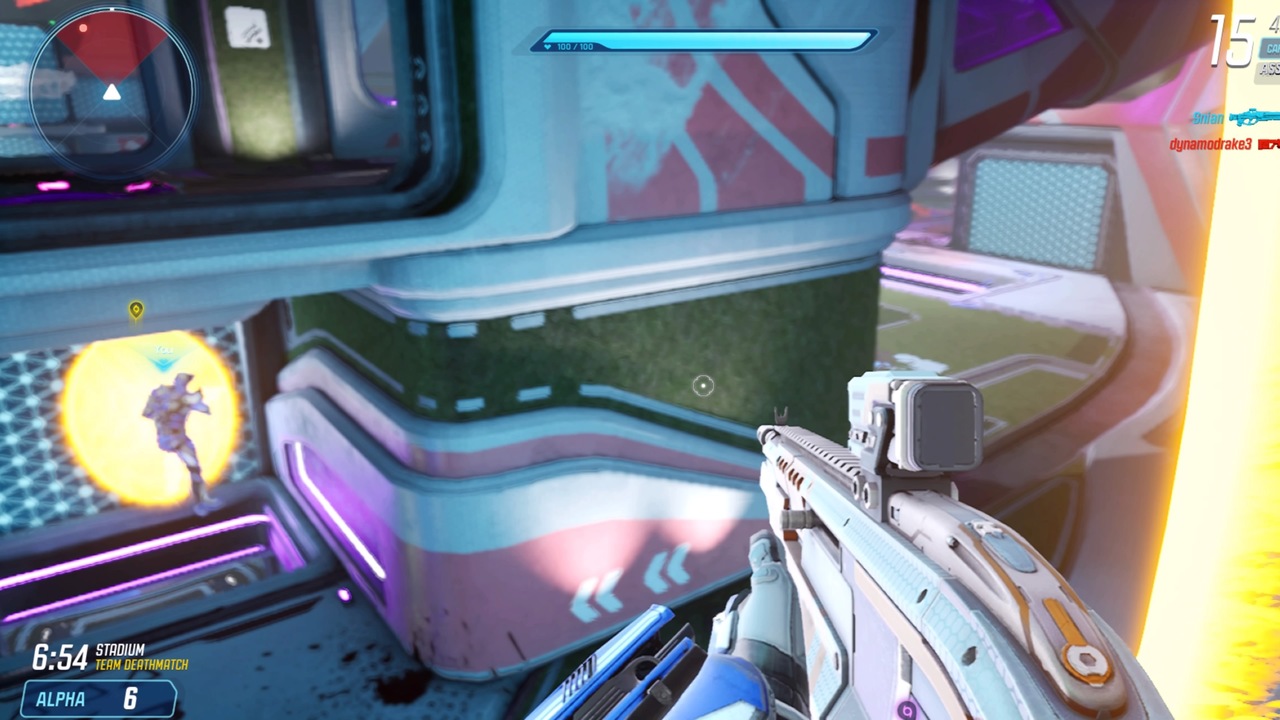 Additional Strategies for the Stadium Map

There is a vast array of ways to play the Stadium map and each individual player will have their own methods. I prefer to take a fast-movement approach around the map whereas others may set up portals and stick to them entirely. Using the ‘undercarriage’ of the map as I call it can be extremely useful for placing various portals and rotating safely around the map.

At the same time, making your way up to the very top of the map by use of the side ramps allows you to get a drop on enemies when utilising the jumping mechanics to the extreme. The footage above will showcase a few of the spots being used against bots primarily for the purpose of showing the map.

Splitgate is available now on PlayStation 5, Xbox One, PlayStation 4, Xbox Series X and Series S, PlayStation 5, and PC. You may now enter into the fray of the ‘Stadium’ with this new knowledge of additional spots you can use.

Home / Game Guides / Splitgate — How to Master the Stadium Map