A build sure to blast your enemies to oblivion! 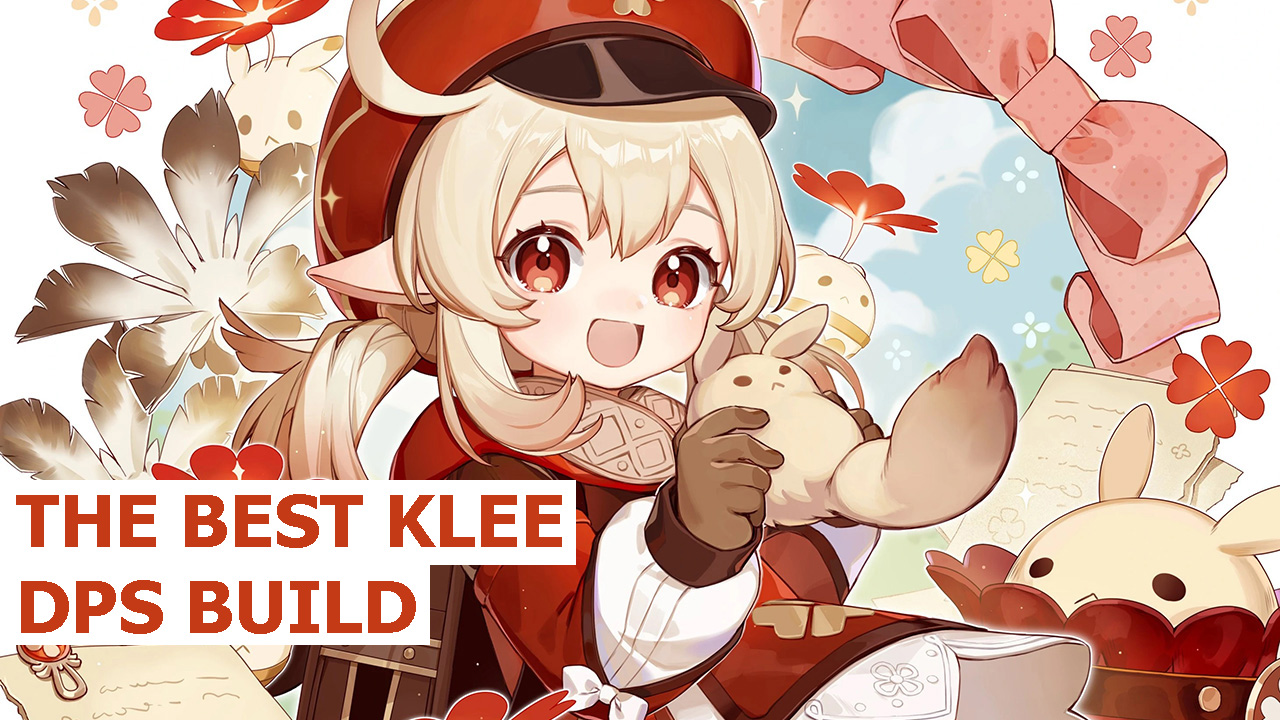 Klee is without a doubt one of Genshin Impact‘s most popular characters, and thus, players could not be more excited about her second rerun, set to debut tomorrow, together with the game’s version 2.8. Now, to help not only those who plan on pulling for her but also those who just want to bring the most of Mondstadt’s strongest knight, here’s how to build Klee as a top-tier Elemental DPS on Genshin Impact.

Is a consensus among the game’s community that the two best artifact compositions for Klee are either a 2-piece Crimson Witch of Flames + 2-piece Vermillion Hereafter/Echoes of an Offering/Gladiator’s Finale/Shimenawa’s Reminiscence, for those looking to increase her overall damage and make use of buffs and debuffs, or a 4-piece Crimson Witch of Flames, for those looking to deal massive damage trough reactions. With that said, we recommend that you make use of the one best suited for you, as they do not outclass each other.

You can check out the best main stat for each artifact piece below, no matter which of the artifact options you prefer:

Substat-wise, it is vital that you go for CRIT Rate and CRIT Damage. 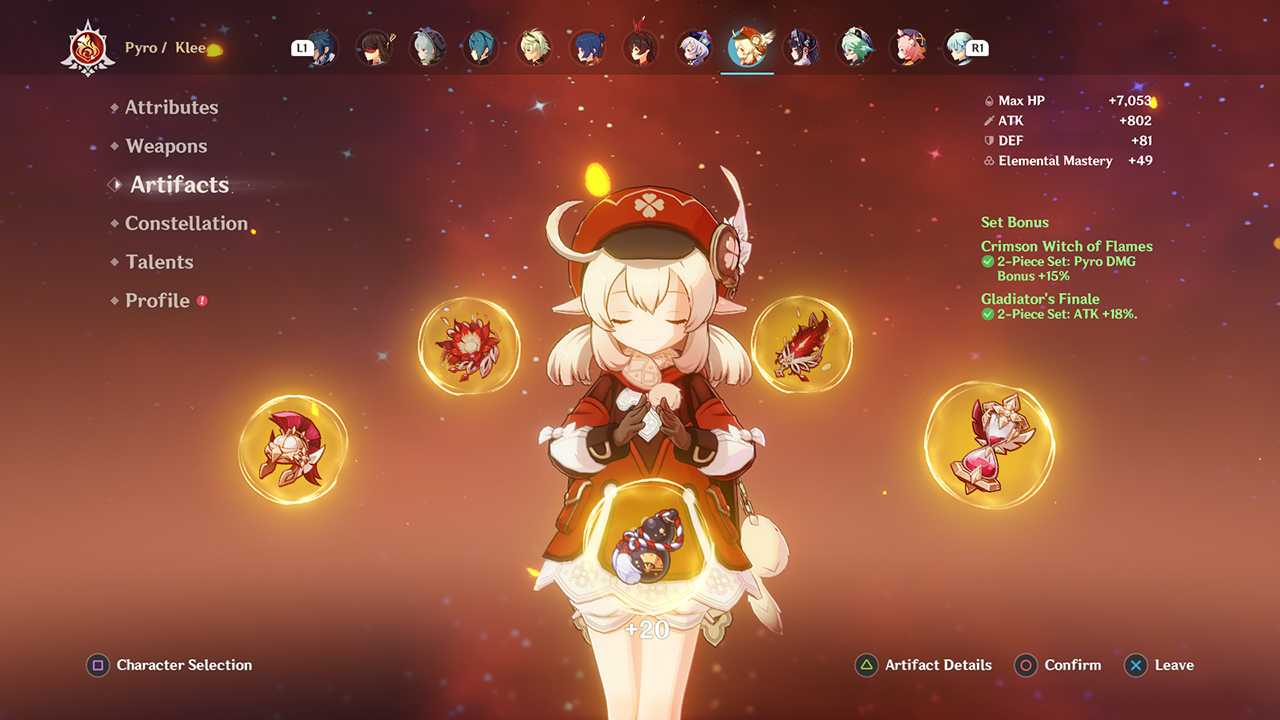 Differently from many main DPS’, such as Hu Tao, Eula, Ayaka, and Xiao, Klee does not possess a CRIT-oriented ascension stat, so the best weapons for her will need to offer that. With that said, our main picks will be the 5-star Catalysts Kagura’s Verity and Lost Prayer to the Sacred Winds, followed by the 4-star Catalyst The Widsith at maximum refinement. If you managed to get enough CRIT from your artifacts (at least 50 CRIT Rate /100 CRIT Damage, but ideally 50-60 / 100+), using the 5-star Skyward Atlas is also advisable, as the weapon will offer her a great deal of ATK as well as a good Elemental DMG bonus.

To recap, here are the best weapons for a DPS Klee, as well as a F2P alternative for those who currently don’t have her main picks among their arsenal: 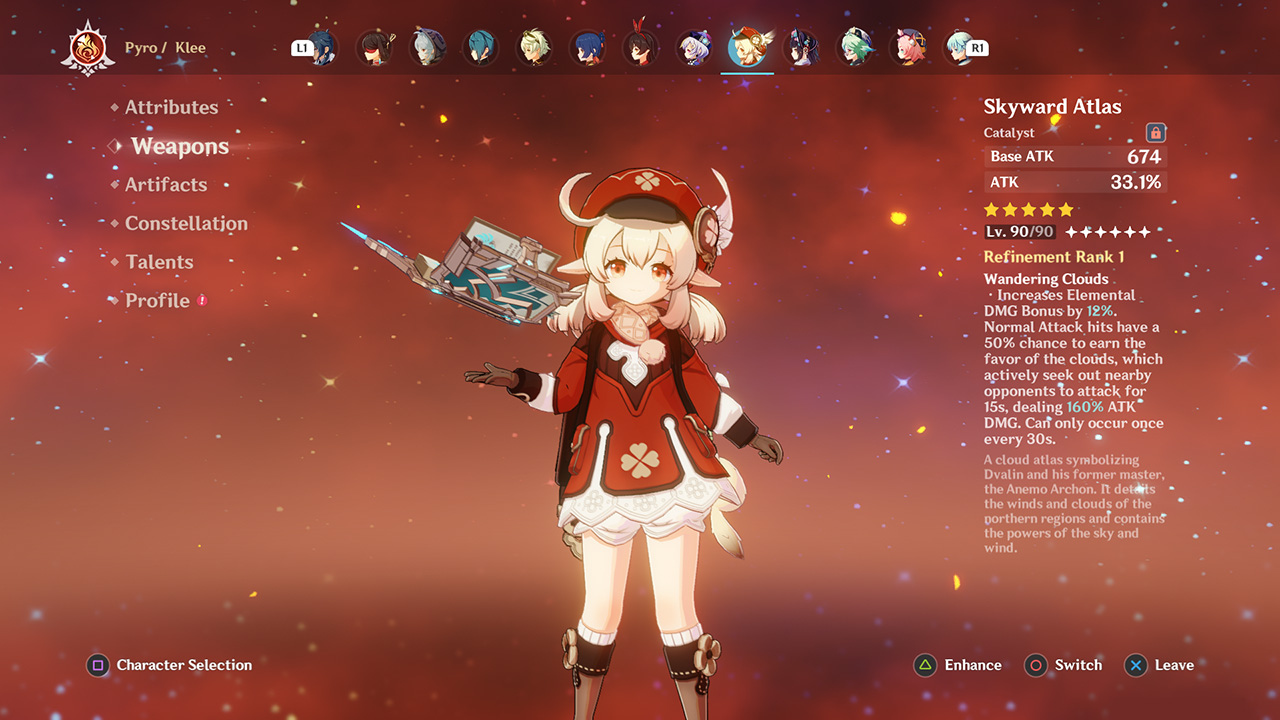 As with most on-field-DPS’, we advise you to focus primarily on Klee’s normal/charged attacks, while also keeping her Elemental Skill, Jumpy Dumpty, and her Elemental Burst, Sparks ‘n’ Splash, at acceptable levels. The reason for that lies in the fact that, for Klee to truly shine, you will need to make full use of her kit when in battle.

As we said above, when picking her recommended artifacts, Klee can currently work extremely well in two types of compositions. With that said, for reaction-focused compositions, we recommend the use of Yelan and Xingqiu. If you are looking to make use of buffs and debuffs, using Kazuha or Jean, the latter equipped with a full Viridescent Venerer set, as well as Bennett, would be ideal.

Thanks to her low overall defense, is a must that you always keep Klee shielded, so, for the last spot in the composition, we recommend the use of a character capable of frequently generating shields, such as Zhongli or Albedo.

With that said, here are a few teams sure to bring the most out of Klee: 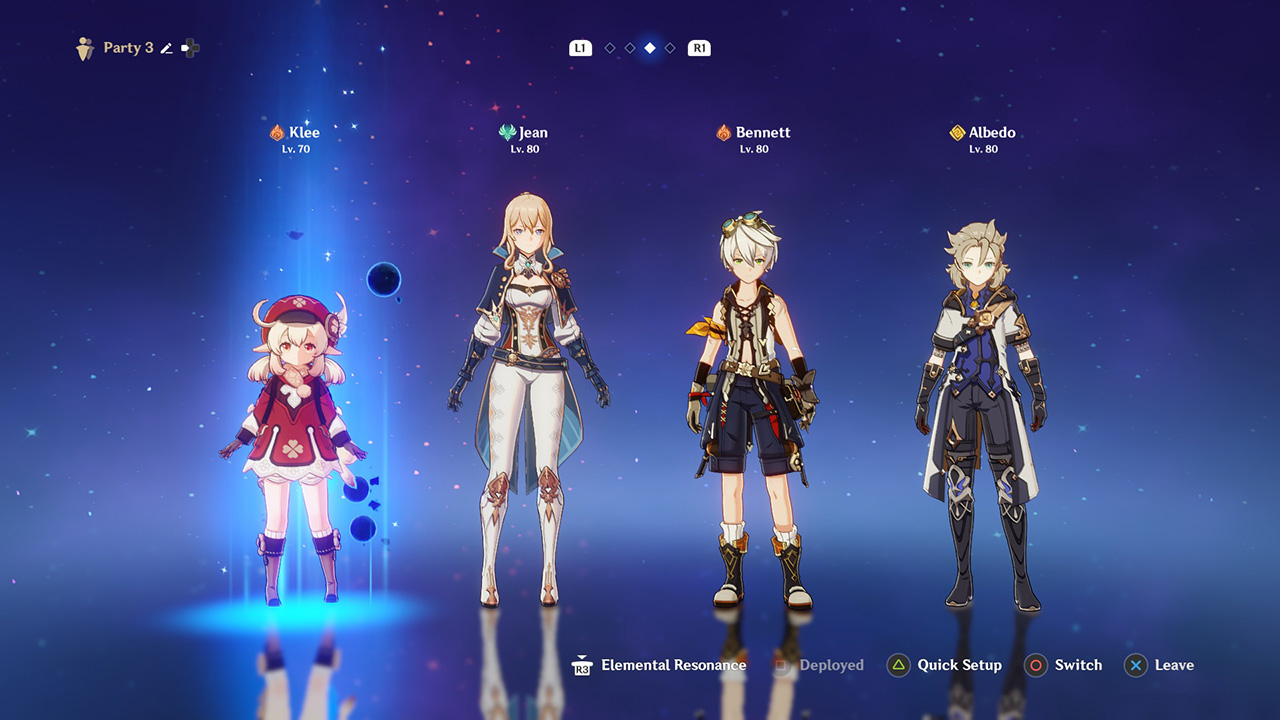