The grind for the perfect roll never stops. Since Tiny Tina’s Wonderlands is basically borderlands in a DnD setting, the core gameplay loop is there, including what’s in store for the endgame. If you choose to stop playing once you get to the credits, that’s your prerogative. The grind never stops in these looter shooters. There is a new leveling system beyond reaching the max rank once you do. Here, we’ll explain what Myth Levels are in Tiny Tina’s Wonderlands and how to gain more.

What are Myth Levels in Tiny Tina’s Wonderlands?

Myth Levels is basically the leveling system that goes beyond the current level cap of the game. Each level gained will give you a point that you can then use to spec into a whole slew of different stats to increase your character’s strength. This system should be familiar to people who played past games. It’s basically a renamed version of 2’s “Badass Ranks” and 3’s “Guardian Ranks”.

In Wonderlands, the progression is much more linear and less randomized. There are four categories to spec these Myth Levels into, called Myth Ranks. They are Druid, Archmage, Blademaster, and Deadeye. Each class’ name fulfills a specific niche oftentimes covered in these types of games. 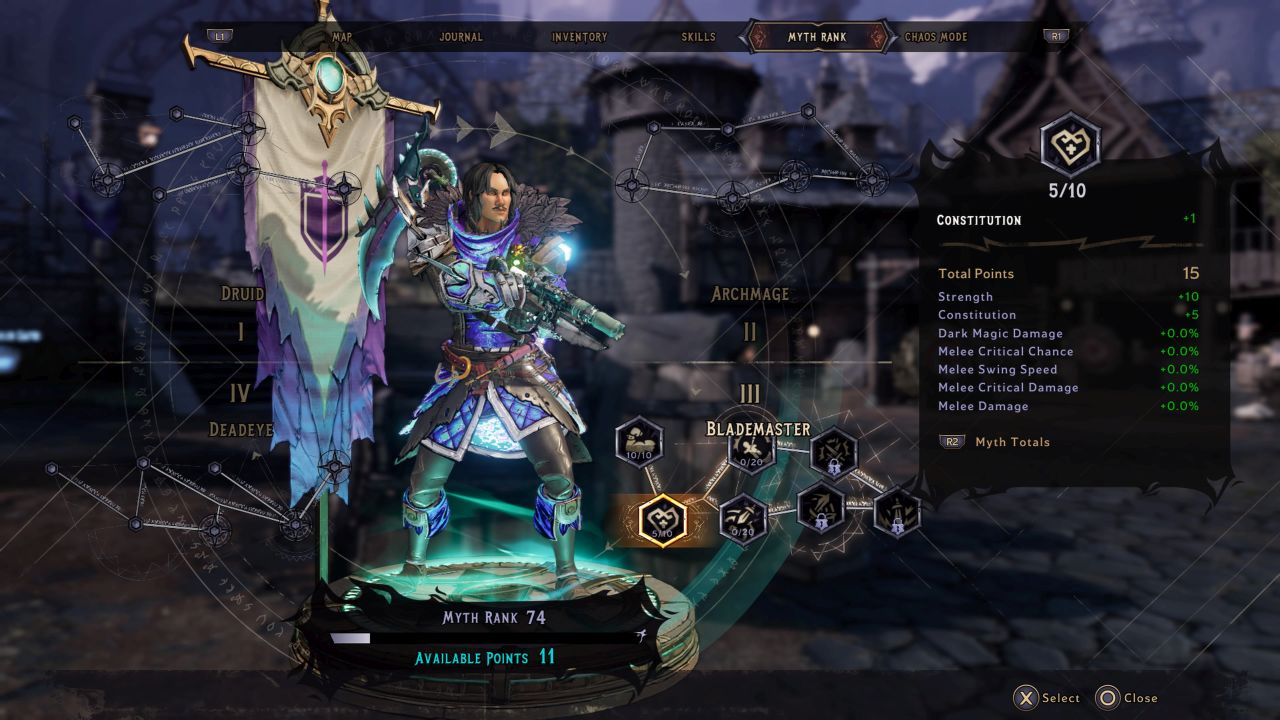 There doesn’t seem to be like there is a system like in previous games where you can turn this off. For people testing the efficacy of builds and damage calculating will have to not put any points at all to know true numbers.

How to Gain More Myth Ranks

Since you unlock this feature after hitting the max rank, any additional XP, whether from killing enemies or completing quests is added towards the progression of this system. Should you want to increase your ranks and get more of these perks, what you can do is take on the Chaos Chamber or fight bosses.

One of the best staples of late-game leveling in Borderlands games is save-quitting when farming bosses so then you not only get a bunch of loot but get huge bursts of XP per kill. That method still remains in Wonderlands.

Attack of the Fanboy / GAME GUIDES / Tiny Tina’s Wonderlands Myth Levels Explained: What are Myth Levels and How to Gain More