How to Carve Likeness in Rocks in Tiny Tina’s Wonderlands: In My Image Quest Guide

Making idols for the idol. 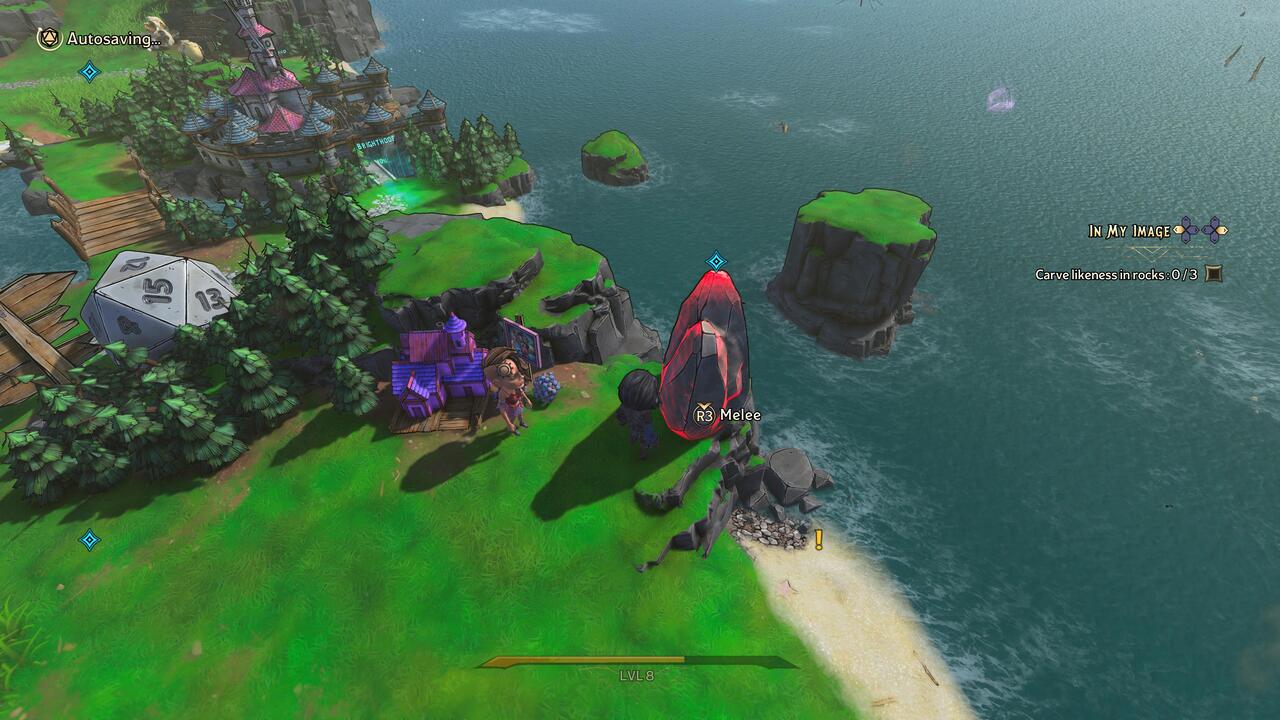 There are several quests in Tiny Tina’s Wonderlands to enjoy and one of them is called In My Image. This quest is an Overworld side quest and can be slightly tricky if you don’t know what to look for. There are three stones in total that need to be carved. Let’s get right to it.

Carve Likeness in In My Image in Tiny Tina’s Wonderlands

The In My Image quest can be found in the Overworld by talking to the lady outside of Brighthoof in front of the pink house. She will ask you to carve images of her in three stones throughout the Overworld. The first one is right next to her and you can carve it by pressing the melee button.

The second stone isn’t too far off. Go the opposite way of the house and cross the bridge. You will get another quest from the Alchemist that will require you to break some stones, which is a great quest to do at the same time as this quest. You will also be returning back to the mine next to the Alchemist, so keep that in mind. Pass him and melee the stone at the end of the plateau.

The third stone is the trickiest. You can clearly see it if you start heading towards Mount Craw, but getting to it seems impossible. You’ll need to do the side quest from the bridge builder to get across. This can easily be accomplished by going to the mine next to the Alchemist and clearing out the enemies. Go back to the bridge builder and cross on the new rainbow bridge.

Once you are across, follow the path through the area up towards Mount Craw. Turn right along the mountainside and you’ll be able to melee the last stone to carve the likeness. With all three stones carved, you can now return to the lady and turn the quest in.

And there you have it, you have now completed the In My Likeness quest in Tiny Tina’s Wonderlands. With the quest completed, you will get some gold and XP, but this isn’t the fastest way to get gold or XP in the game. For that, you’ll need to check out our Tiny Tina’s Wonderlands guides. We’ve got you covered with everything you could ever need, to be sure to stick with Attack of the Fanboy.

Attack of the Fanboy / GAME GUIDES / How to Carve Likeness in Rocks in Tiny Tina’s Wonderlands: In My Image Quest Guide