This PPSh-41 loadout will make you win more gunfights than ever. 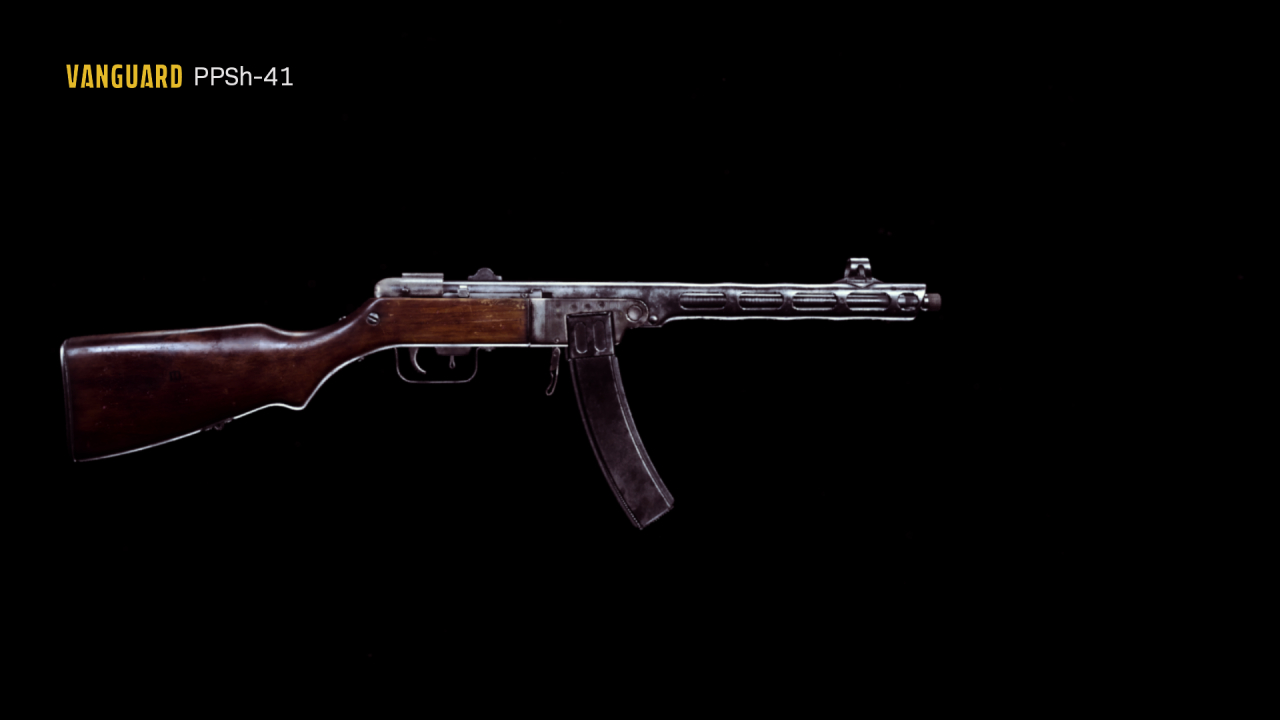 If you are still looking for the best PPSh-41 Warzone loadout, then you just landed in the right place. The PPSh-41 has been dominating in Warzone for a short while now, and we have crafted the best loadout in Warzone right now, allowing you to decimate your competition with this impressive and fast-firing SMG. Every once in a while, some players find a crazy new build for an unpopular gun, mixing up the game’s meta and making players find new alternatives to stay competitive. This is the perfect time for the PPSh-41. Now, this Vanguard SMG will be competing with fan favorites like the Type-100, MP40, and more.

The Best PPSh-41 Loadout in Warzone

The PPSh-41 SMG has great potential when it comes to close-quarters engagements. This Vanguard SMG can tear through enemies in just a couple of seconds after firing the first bullet. This has made it a great contender against other SMGs in Warzone. Many players have found builds that emphasize hip firing even at medium ranges, but in this build, we will find a balance between being fast and accurate at the same time. 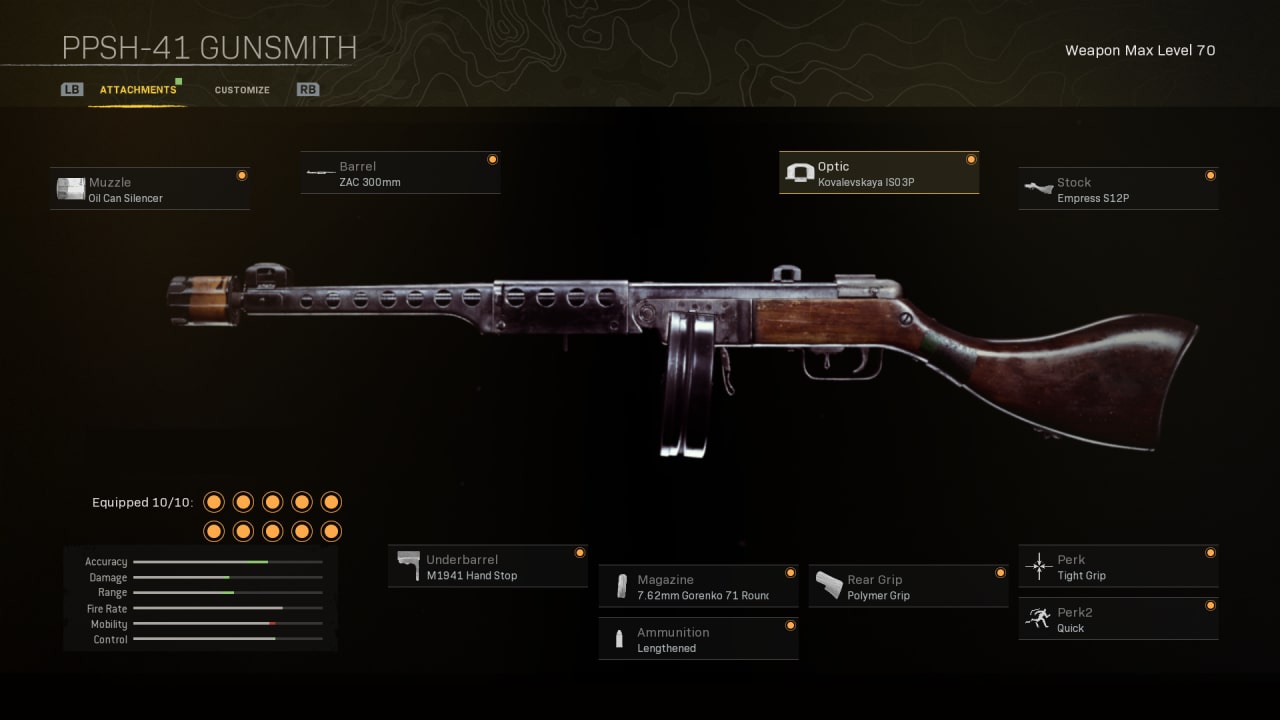 The Oil Can Silencer may seem like an odd option, but this silencer helps with the horizontal and vertical recoil control besides the sound suppression effect. If you find the gun’s recoil too easy to manage (if you’re playing with a keyboard and mouse, for example), you can go for the Recoil Booster. This attachment increases the fire rate of the weapon, making it fire even faster than it is.

The ZAC 300mm barrel will increase the bullet velocity and range while helping with the recoil control. The gun’s hip-fire accuracy, aim-down sight speed, and even its movement speed.

For the optic, we went for the Kovalevskaya ISO 3P iron sight. This option gives you a clearer picture when aiming down sights. Allowing you to keep track of enemies easier than before. If you do not feel comfortable using iron sights, you can go for a sight like the Slate Reflector or the Nydar Model 47.

The Empress S12P will help you with the weapons’ accuracy and recoil during sustained fire and it also adds Flinch Resistance.

This attachment has been featured several times in our articles now, so you should know the benefits of this one. The M1941 Hand Stop will help you with the recoil control and accuracy of the weapon, but the hip-fire accuracy of the SMG will suffer a little bit.

The 7.62 Gorenko 71 Round Mags are a must-have with a build like this. The 71 Round Mag is more than enough when dealing with more than one enemy. This magazine option will hurt your movement speed, reload speed, and even your aiming down sight speed. The only downside is that it pales in comparison to the amount of ammo available in each mag.

When it comes to ammunition, we went for Lengthened. This option is a no-brainer for most builds. If you are looking for something different you could use the Hollow Point ammunition. This ammo type Increases Limb damage and decreases the time to kill when a leg or arm shot is the only thing available.

The Polymer Grip will give players Flinch Resistance, more accuracy, and recoil control during sustained fire, making the gun easier to control.

Tight Grip improves the accuracy and recoil of the gun during sustained fir, something that’s critical when you have a 71 round mag and several enemies on screen.

Quick will make players’ Sprint speed faster, allowing them to get across the map in less time, getting into cover and closing the gap between them and their enemies quicker.

The Best Perks to Use With the PPSh-41 on Warzone

This PPSh-41 loadout will make you excel at close ranges. If you are looking to balance your gameplay, or at least be more effective at medium to long ranges, you should consider going for the Overkill perk; this will allow you to carry another primary weapon. Going for a Sniper rifle like the Kar98k or the Swiss K31 should make you capable of fighting at long ranges, but if you do not feel like sniping, you could go for an assault rifle like the Kilo 141, or the new KG M40.

For the other two perks, you should go for the Cold-Blooded and Combat Scout perks. These are some of the most valuable ones in the game right now, so going for them is a no-brainer.

When it comes to Lethals and Tacticals, you should consider going for a Stun or a Flash grenade. Surprising your enemies and taking advantage of these two options can allow you to take entire squads by yourself. For Lethals, the Frag grenade or even the Semtex is always a good option, so it comes to personal preference this time.