This LMG brings a lot to the table, so make sure you give this one a try. 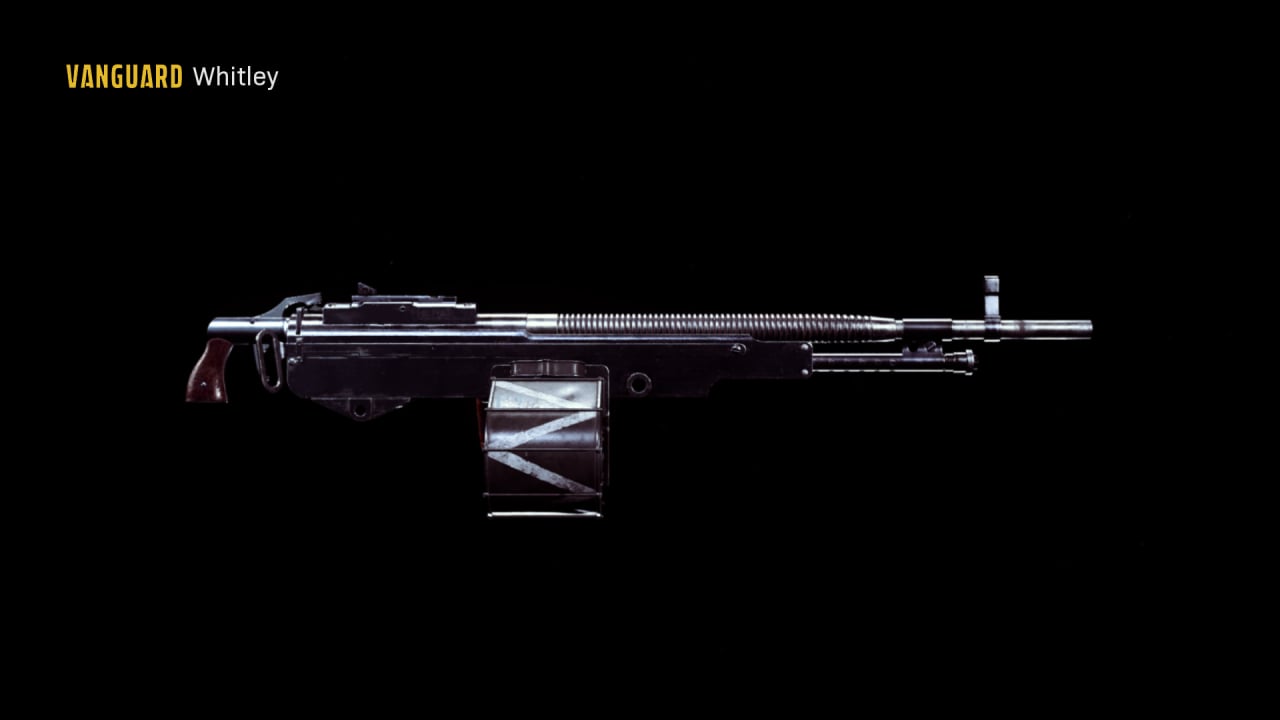 We just found the best Whitley loadout that will help you get those annoying campers at longer distances, so make sure you make the same choices and adjustments as we do in this build.

The last Warzone update brought some new changes, balances, and additions to the Battle Royale title. Among them, are the KG M40 assault rifle and the Whitley LMG. These two weapons are still finding their place in the meta, and players all over the world are looking for the best builds to get those victories they deserve.

The Whitley LMG has great long-range potential. The slow-firing LMG is capable of dealing a lot of damage at mid to long ranges. This build will make this weapon excel at those distances, so make sure to equip an SMG while using this LMG. You will certainly need it. 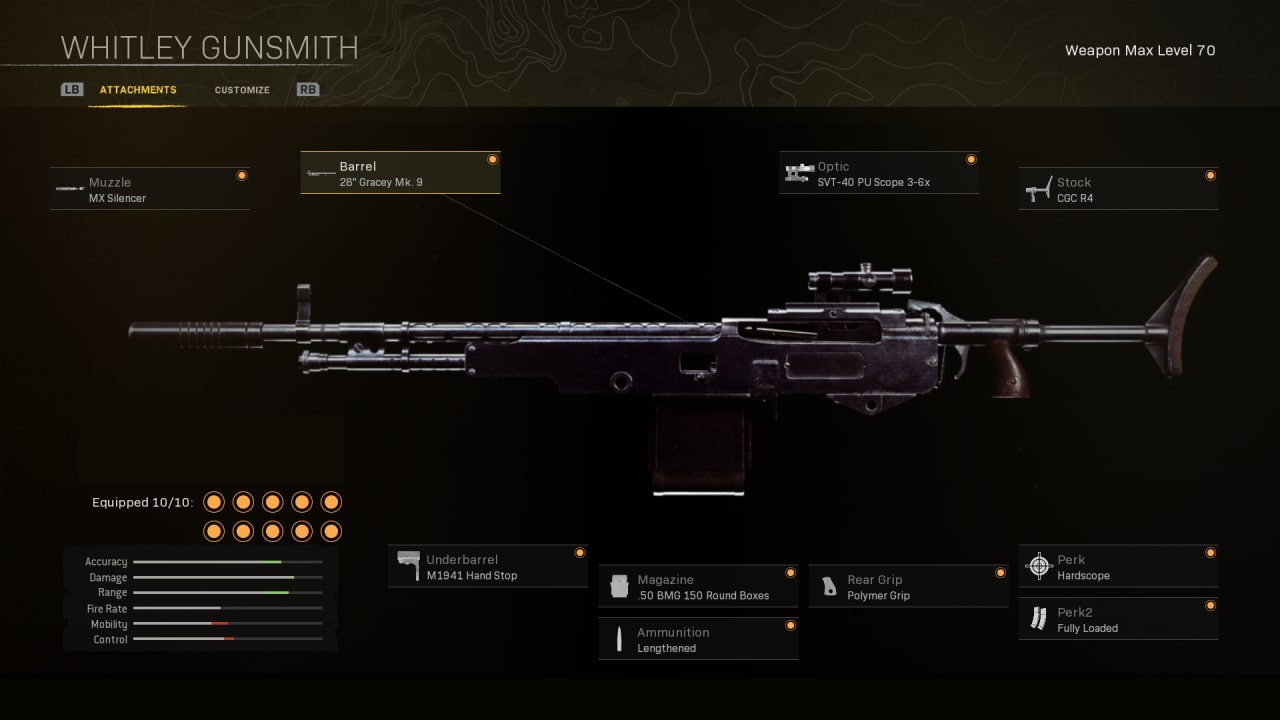 The MX Silencer is a must-have on most Vanguard weapons. On this build, it will help players control the strong recoil of the Whitley LMG. One of the hardest types of recoil to control is the horizontal or side-to-side recoil. Luckily, this attachment reduces it. Making it easier to hit shots at medium distances.

Besides the reduction to Scope Sway and Gun bob, the 28″ Gracey MK.9 barrel increases bullet velocity, flinch resistance, recoil control, and accuracy. This barrel is the best option to increase the weapon’s handling. The other options tend to give fewer benefits and are catered to different situations.

For the optic, players can opt for the SVT-40 PU Scope 3.6x. This optic allows players to engage with enemies at mid to long ranges, so players will be able to acquire targets that with low magnification optics would not be possible. The only downside to this type of scope is that the recoil will feel a lot harder to control, so you should practice for a couple of matches on Caldera Clash to test this option.

The CGC R4 stock is the perfect option to increase the weapon’s handling. This attachment offers more recoil control, recoil recovery, movement speed, and even accuracy. The aiming down sight speed and sprint to fire speed suffers a bit with this attachment, but this LMG should be used at mid to long ranges.

For the underbarrel attachment slot, we encourage players to use the M1941 Hand Stop. This little attachment will improve the recoil control, and accuracy of the weapon, at the cost of some hip-fire accuracy.

This weapon has a couple of options that can substantially change the way the gun behaves. The .50 BMG 150 Round Boxes improve the bullet velocity, range, damage, bullet velocity of the weapon. Decreasing the weapon’s recoil control, accuracy, movement speed, and even its fire rate. If players can not control the recoil, they can pick the .303 British 45 Round Mags. This option sacrifices the weapon’s damage, bullet penetration, bullet velocity, and range, for more movement speed, higher fire rate, improved recoil control, and accuracy.

Lengthened is one of the best options you can pick. This option increases the gun’s Bullet Velocity. Making it easier to land shots at longer distances.

The Polymer Grip will help players with the weapon’s recoil and will improve its accuracy during sustained fire, so shooting this LMG will get easier after every shot. Besides the Flinch Resistance improvement.

Hardscope will help you with Whitley’s recoil even more, at the cost of some Aiming Down Sight Speed. 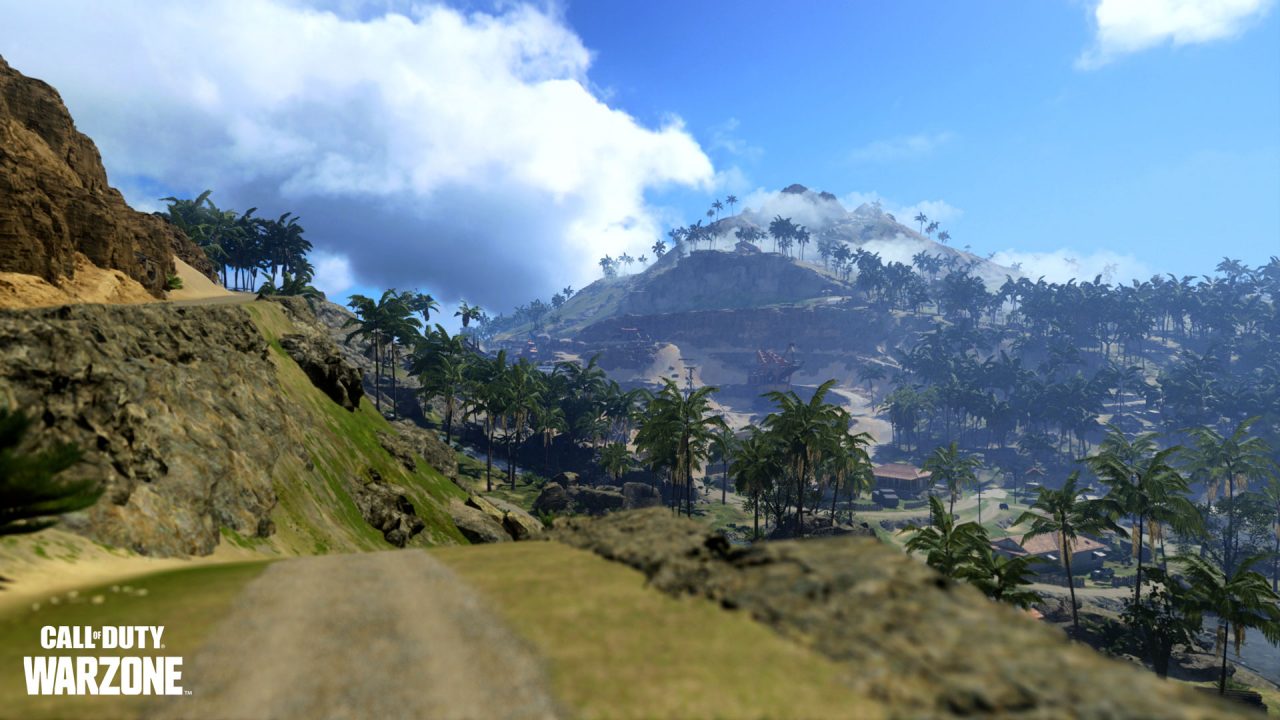 The Best Perks to Use With the Whitley on Warzone

When it comes to perks, the Cold-Blooded, Overkill, Combat Scout combo is the way to go. These three perks bring a lot of value to every match, giving you more information while allowing you to carry another primary weapon with the Overkill perk. For the second primary weapon, you should consider bringing an SMG like the Owen or even the PPSh-41. These two SMGs have been dominating Caldera, so you should give them a try.

All in all, the Whitley LMG is a nice addition to the game, it is similar to the KG M40 assault rifle, but its fire rate, range potential, and ammo make it stand apart.

For Lethals and Tacticals, players could go for a Semtex or Frag grenade. These two Lethals are more than capable to handle vehicles and players hiding behind doors and corners. A Snapshot Grenade is also a good choice when picking your next Tactical. This grenade will highlight any enemies in its radius. Giving away their position and allowing you to deal with them in a better way.