Valkyrie Elysium: How to Get an S Rank

Check out how to get an S Rank on Valkyrie Elysium 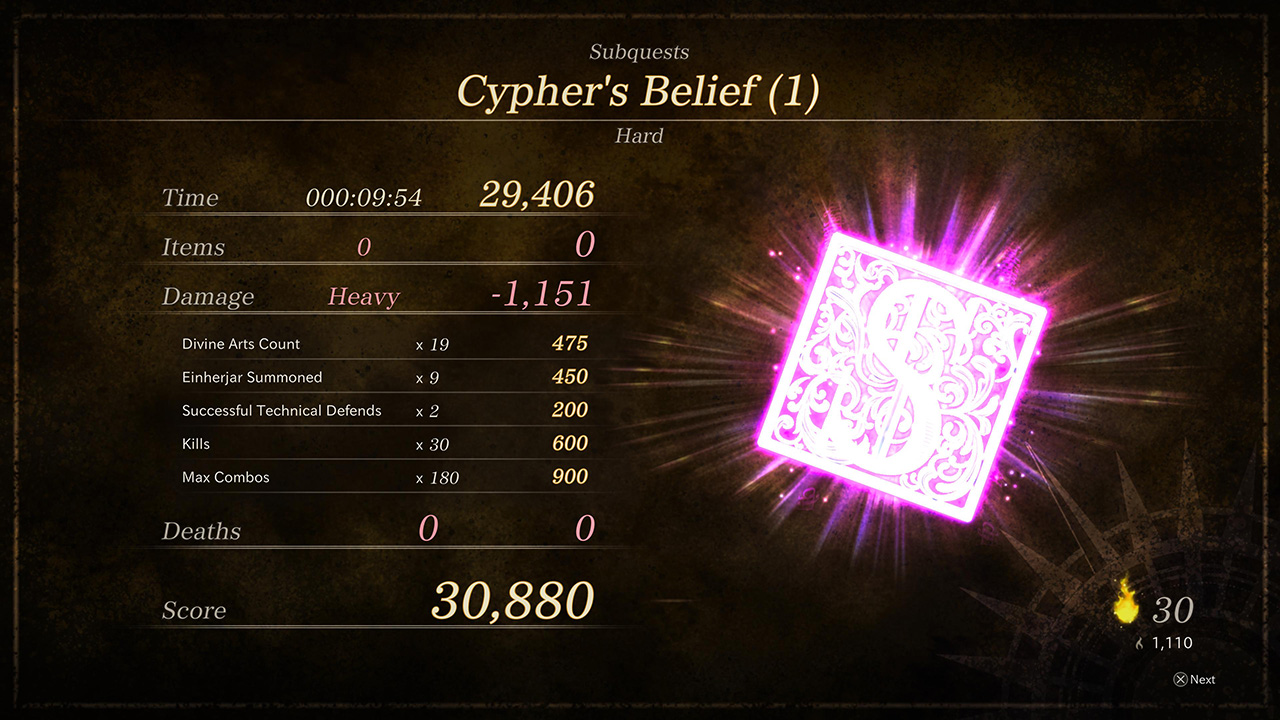 In Valkyrie Elysium, in a way similar to the system featured in the Devil May Cry series, players will be given a rating, or rank, after completing each quest. But scoring an S Rank is not an easy feat, especially during your first playthrough. Now, in order to help you get all of the trophies available in the game, here’s what you need to do in order to get an S Rank in Valkyrie Elysium, as well as a few tips sure to help you achieve the rank.

How to Get an S Rank in Valkyrie Elysium

You will be able to score an S Rank on all quests and side-quest by completing them with an overall score of more than 30,000 (In some cases, you will only unlock an S rank by achieving +32.000 points). With that said, it is not advised to go for an S-Rank during your first time on the stage, as we highly advise you to explore every nook and cranny available for collectibles, sub-queests, and items that can be used to increase your health, Soul, and Arts gauges.

Now that you know what score you need to aim for, here are a few tips sure to help you achieve an S Rating on all quests and subquests in Valkyrie Elysium:

When gunning for an S-Rank, you need to finish the quest as fast as possible, as time will be the most important factor. In order to do that, we recommend that you focus on reaching the destination as fast as possible and only face obligatory enemies.

Using items, no matter the type really hurts your overall score, so only use them as a last resort. While doing your S-Rank run, only use items if you are sure you were able to score well in all other areas.

Use your Einherjar and Focus on Long Combos

When in battle, you can get great sums of points by frequently using both your Einherjar and Divine Arts as each time you perform one of the mentioned actions you will receive a set number of points. Performing long combos is also a must, as the higher your longest combo is, the more points you will receive at the end.

If You Die, Go Back

As the penalty for dying is massive, no matter the difficulty, we recommend that you either restart the quest or load your save once you die, as doing so once will most likely lock you away from achieving an S Rank at the end.

Attack of the Fanboy / GAME GUIDES / Valkyrie Elysium: How to Get an S Rank