The best Field Upgrades to choose in Call of Duty: Vanguard

Field Upgrades are powerful equipment that charges over time and provides advantages to the player in Call of Duty: Vanguard’s multiplayer. They range from simple, passive bonuses, to body armor and even a remote-controlled bomb.  With a total of nine Field Upgrades in Vanguard, it can be hard to choose the best one for your loadout, so we’ve put together a tier list of the best field upgrades in Call of Duty: Vanguard.

To find out when specific Field Upgrades are unlocked, visit Call of Duty Vanguard Level Cap: Max Level and Unlocks. 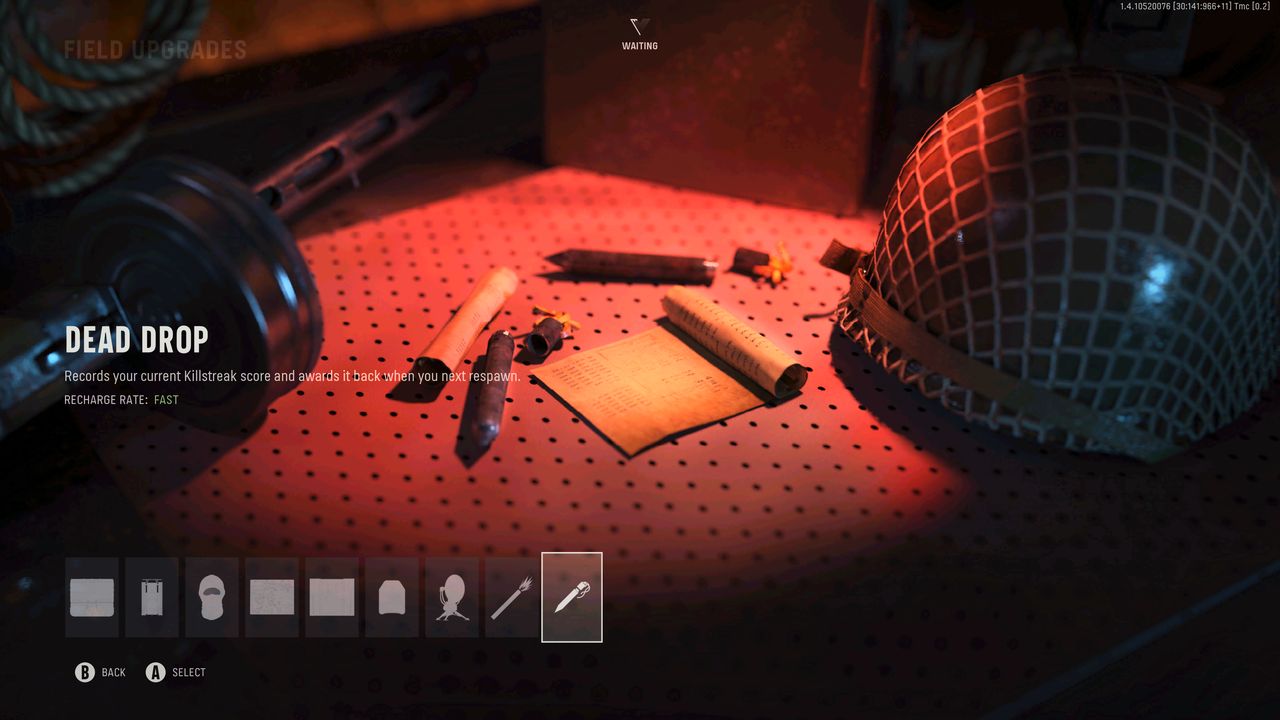 Dead Drop is an incredibly powerful Field Upgrade in Call of Duty: Vanguard and likely the best. It allows the player to record their Killstreak score and awards it back to them when the player next dies. Racking up a bunch of kills and close to a high-kill Killstreak? Pop a Dead Drop and you’re safe, even if you die. It’s also useful for when you know death is inevitable, but you don’t want to lose your streak. The fast recharge rate is just the cherry on top.

To find out what Killstreaks to pair with Dead Drop, visit our guide on the Best Killstreaks in Call of Duty: Vanguard.

The Goliath is a Field Upgrade in the form of a bomb-on-wheels (or tracks, rather) that’s controllable for 30 seconds before it explodes. It can also be detonated early, making it perfect for sneaking into a hoard of enemies and killing them all in one blast. It’s essentially a free killstreak and incredibly fun to use.

Dead Silence is another powerful perk that makes your footsteps silent and makes you undetectable by Field Mics, Spy Planes and Enemy Intel. Every gun, melee or throwing knife kill also refreshes the duration. Although some Perks can do similar things, Dead Silence essentially allows you to free up a Perk slot to create an even more powerful loadout.

A Field Mic reveals nearby enemy movement on the minimap, which can give you a good advantage for a short time. if you’re new to Call of Duty and hail from games like Halo, this one is for you. Knowing exactly where opponents nearby allow you to make quick decisions that work out in your favor, such as diverting to avoid danger or knowing where to flank. 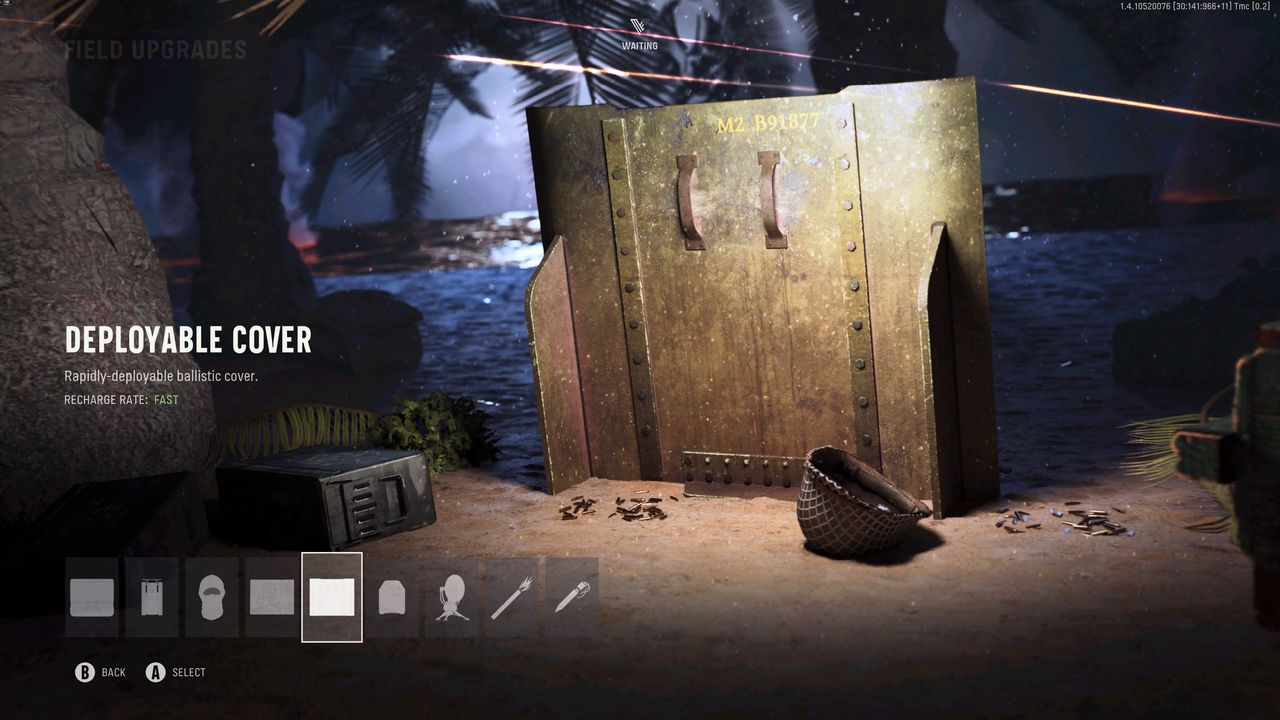 Taking cover is extremely important in Call of Duty: Vanguard, whether that’s because you need to recover or safely hold control of a zone. The Deployable Cover can instantly place a ballistic cover wherever you choose, allowing you to potentially control parts of the map without substantial cover. It can also turn the tide when a particular part of the map is being pushed. The reason we’ve placed this in C Tier is due to the ample amount of cover across Call of Duty: Vanguard’s maps already, making the Deployable Cover much more situational than those in higher tiers.

The minimap is another important aspect in Call of Duty, informing you about enemy movement (with some perks) and nearby areas, so you can plan your next move accordingly. The Jammer, as the name suggests, completely jams the enemy team’s minimap for a short duration. This Field Upgrade can disrupt decision making on the opposite team and provide stealthy players with the advantage for a few extra kills.

Tactical Insertion allows the player to choose their next spawn point, which can be useful for strategically placing yourself in advantageous areas. It can change the tide of a battle, but it can also go completely wasted, how you use it depends on both you and the situation at hand.

Finally, Armor Plates prevent body damage to the torso until it’s broken, giving you the edge in one-on-one fights. The downside to this is your head being completely unprotected, which people will aim for when they see you have the Armor Plates active. Since headshots are much harder to pull off than torso shots, however, you will still be harder to kill, allowing you to get the kill first. Most of the time. 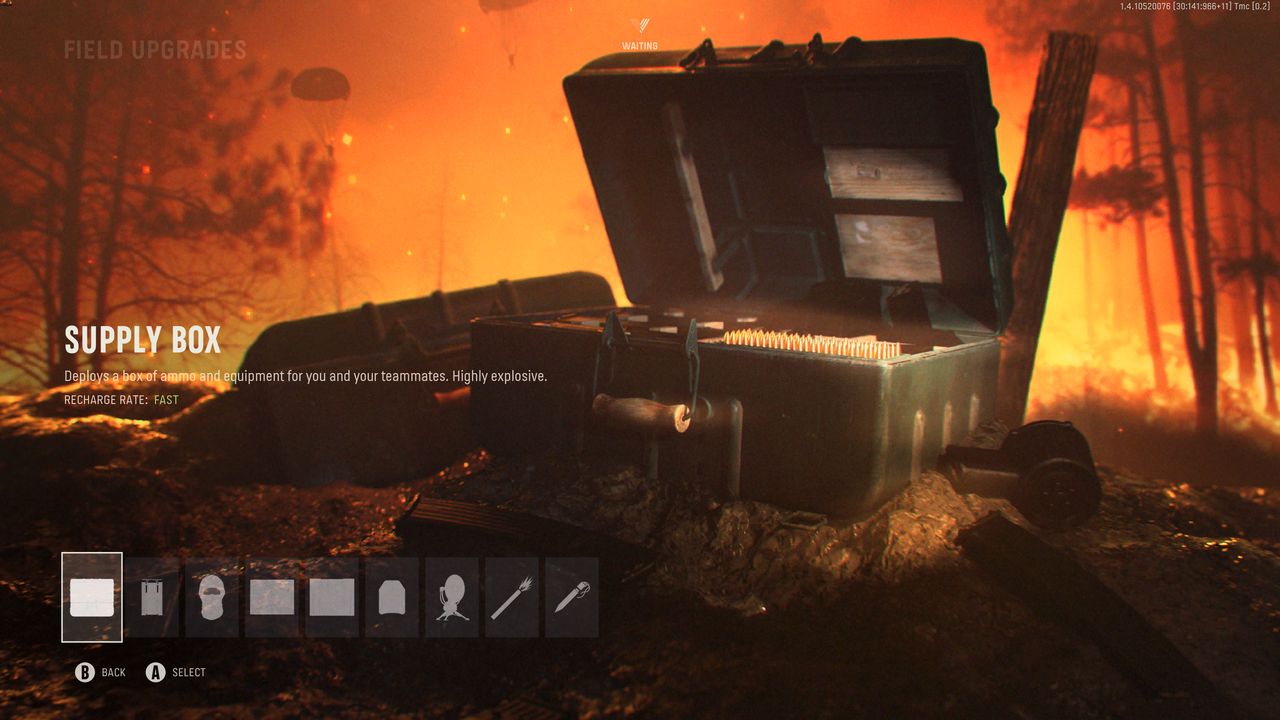 The Supply Box simply deploys ammo and equipment you and your teammates can pick up. It can also explode when shot, but that requires good placement and perfect timing. Compared to other Field Upgrades, this one provides the least use in most situations; it’s rare that you completely run out of ammo for your primary weapon in Vanguard‘s most popular modes.

That wraps it up for our Call of Duty: Vanguard Field Upgrade Tier List! The most important thing to remember is to use Field Upgrades that work best with your current loadout. If you’re struggling to create your own loadouts, check out our STG44 Loadout Guide.

You can also find more useful guides on our Call of Duty: Vanguard tag page.