The Week 8 quests are now live in Fortnite, and one of them requires you to visit Coral Cove, Base Camp Golf, and Unremarkable Shack. These are unnamed and unmarked locations on the Fortnite island but don’t worry, we’ve got you covered with a map of all three spots.

All three of these locations are fairly spread out, so you’ll most likely have to get this challenge done across multiple matches. Here’s where to find Coral Cove, Base Camp Golf, and Unremarkable Shack in Fortnite.

Here’s where to find Coral Cove, Base Camp Golf, and Unremarkable Shack in Fortnite: 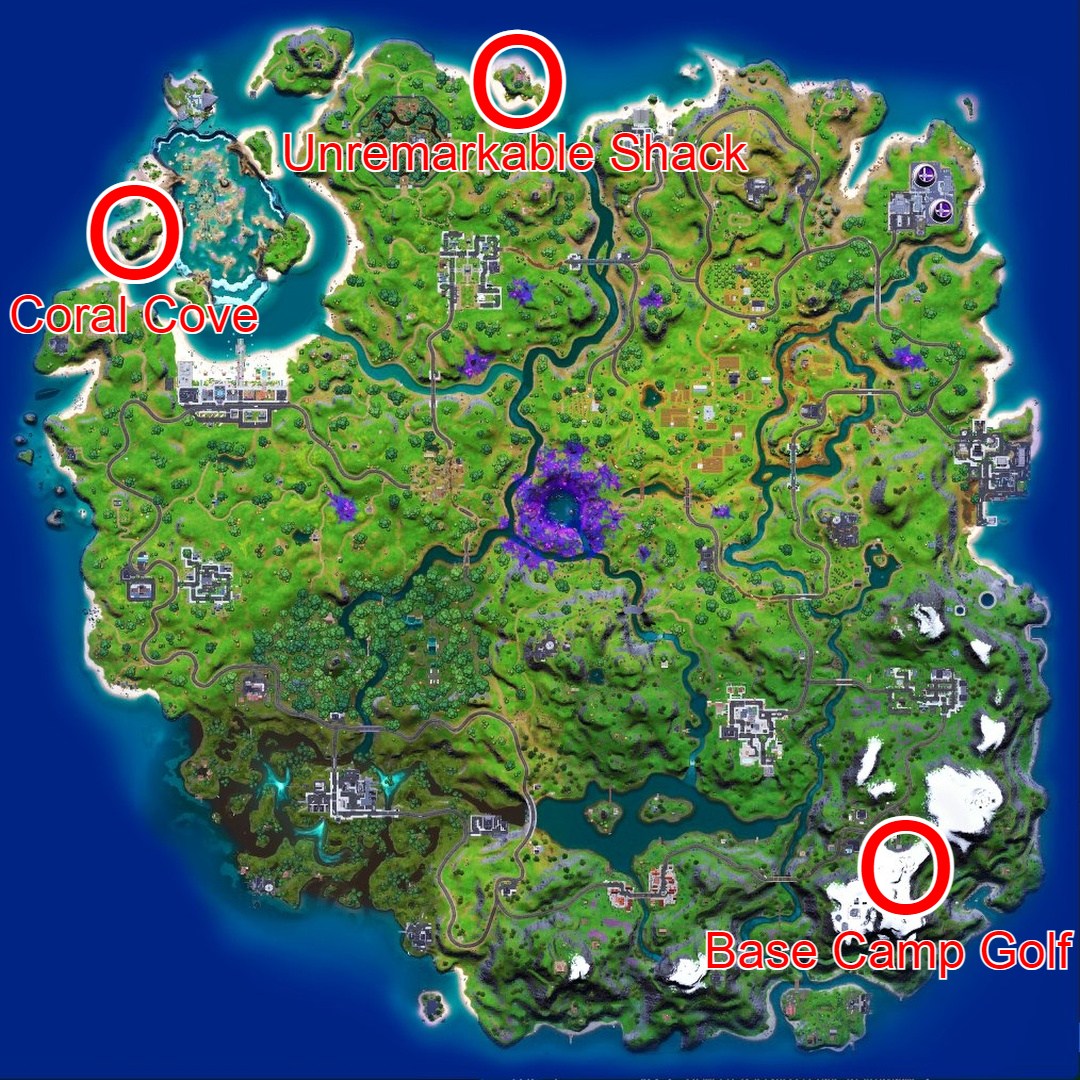 To complete this quest, all you have to do is visit all three locations. You don’t have to visit all three of them in the same match. Once you reach the third and final location, you’ll finish the challenge and earn 30,000 XP for the Season 7 Battle Pass.

Coral Cove is located just a short distance to the west of Coral Castle, so you shouldn’t have too hard of a hard time finding it. Base Camp Golf can be found on the opposite side of the map in the snowy mountains to the southeast. Lastly, Unremarkable Shack is located on the island to the northeast of Stealthy Stronghold. You may recognize this location from the wooden hatchery quest from last week.

With this quest out of the way, you can get started on the rest of the Fortnite Week 8 quests. The Rift Tour quests are also live now ahead of the event, and you can earn free rewards by completing them. While the exact details of the Rift Tour event have yet to be announced, it’s all but confirmed that an Ariana Grande concert will be the main event. Make sure to get your Rift Tour challenges done so you don’t miss out on any items.