Watch Dogs: Legion – How to Photograph Evidence in City of London

This challenge requires the use of a news drone. Some of the Watch Dogs: Legion boroughs require you to photograph evidence to turn them defiant, but the City of London has a particularly tricky challenge that is sure to stump some players. The evidence you need to photograph in this borough is located underground, and there’s no clear entrance to the area you need to go to. There’s a construction site nearby that looks like it might lead somewhere, but there’s nothing there that will help you. There also aren’t any doors that lead anywhere important. So how do you photograph evidence in the City of London?

How to Photograph Evidence in the City of London

To photograph evidence in the City of London in Watch Dogs: Legion, you must hack a nearby GBB news drone. There’s an opening in the red structure next to the newscaster conduction an interview, and you can fly the drone into that entrance to gain access to the necessary location. From there, just follow the vents until you reach your objective. It’s very dark down there, so you’ll have to use the drone’s mounted flashlight to navigate. Eventually, you’ll reach a door that you cannot open, but you can fly your drone into a nearby vent above. After passing through the vent, you’ll reach the room with the evidence. Press down on the d-pad to use the drone’s camera and snap a photo to complete the objective. 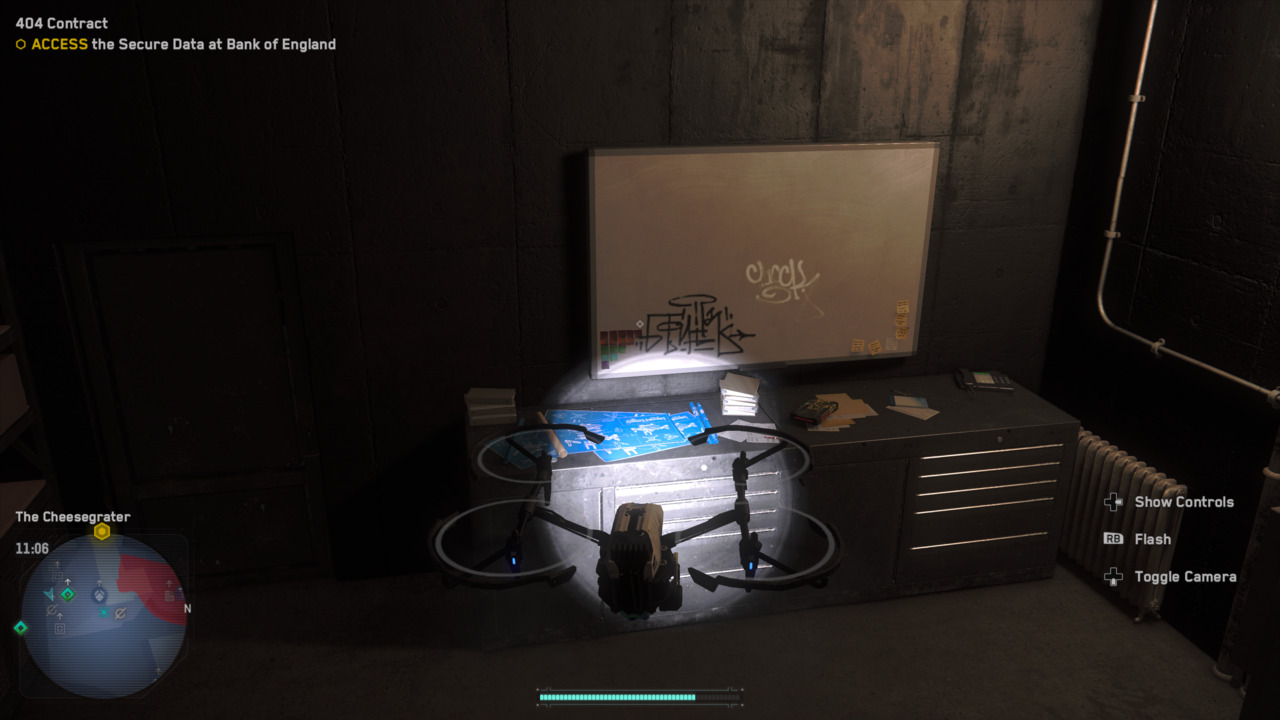 Photographing the evidence is just one step toward making the City of London defiant, but it’s definitely the trickiest objective in the borough. The other objectives should be much more straightforward, and once you turn the borough defiant, you will be awarded a Beekeeper as a new operative. This is one of many skilled recruits you can earn by turning Watch Dogs: Legion boroughs defiant, so work on the optional objectives in each district if you want some guaranteed good characters.

Watch Dogs: Legion is available now on PC, PS4, Xbox One, and Google Stadia. The game will also be available on PS5 and Xbox Series X/S when those systems launch in early November.