Where to Find Flutter Slimes in Slime Rancher 2

Find out where you can farm for Flutter Slimes! 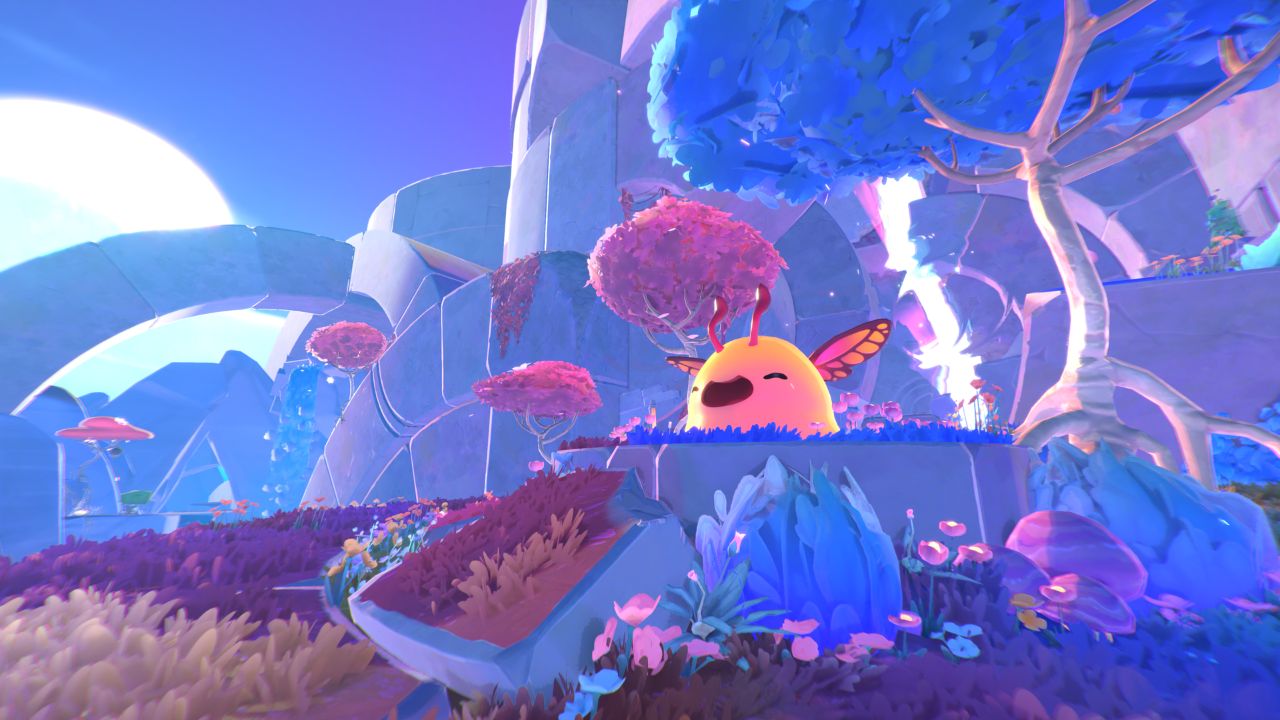 Flutter Slimes are one of the most wholesome additions to Slime Rancher 2, adopting a cheerful and charming personality and an adorable fascination with the player. Unfortunately, though these slimes are as sweet as they come, they aren’t as easy to access as your standard run-of-the-mill slime. So read on to find out how you can locate these cutesy little critters.

How to Locate Flutter Slimes in Slime Rancher 2

The Starlight Strand Region perfectly mirrors the ethereal nature of Flutter Slimes in Slime Rancher 2, which explains why it’s their only location within the game. Even though they aren’t the only slime to spawn in this area, their bright wings and harmless nature make them instantly recognizable. Flutter Slimes tend to generate across the entire location but frequently rest on rocks. Unlike Batty Slimes and Phosphor Slimes, these gentle beauties thrive in daylight.

However, like any location outside of Rainbow Island, accessing Starlight Strand isn’t as simple as it sounds. First, players must unlock the area by taking down a large Cotton Gordo Slime stuck in a cave south of Rainbow Fields. Once this slime is defeated by feeding and combusts into a mountain of smaller slimes, you will unlock access to Starlight Strand and begin the hunt to find Flutter Slimes.

Flutter Slimes can be released into your conservatory reasonably risk-free, and their curious nature will keep them floating about at their own pace. In addition, they produce a calming personality that will soothe the angst and upset of other slimes while flying, so they’re an adorable companion. Unfortunately, they have an incredibly unique diet of one of Slime Rancher’s most elusive food items — Moondew Nectar. Allowing your Flutter Slimes to feast on this item will guarantee a wealthy Plort output, but it’ll keep you on your toes the moment you run out.