Where to Find the Curdle Scream Leader in Fortnite

See a scary-looking teddy bear around? 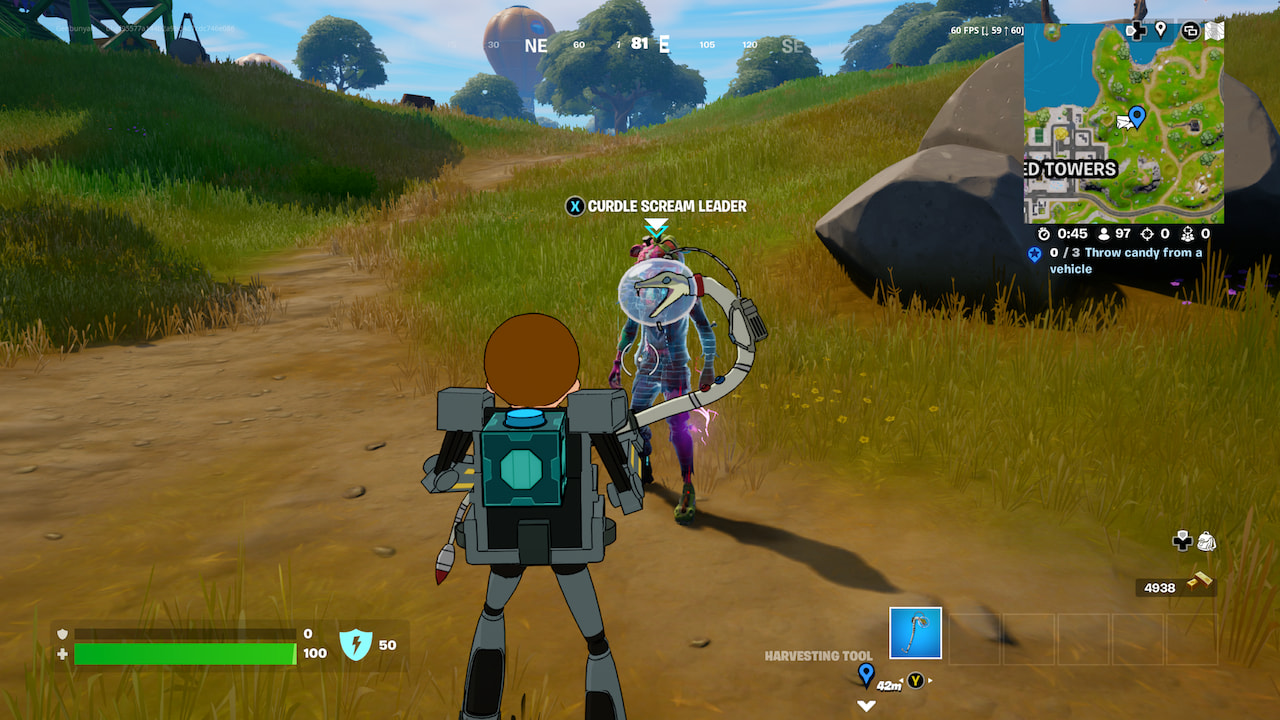 The Fortnitemares event features various quests that reward players with Halloween-related goodies. In one of the quests, players will be asked to purchase items from the Curdle Scream Leader, a monstrous version of Snuggle Officer. While Fortnite players can see the waypoint associated with this quest, this NPC may not appear in the exact marked position. Here is a guide on where to find the Curdle Scream Leader in Fortnite.

The Curdle Scream Leader can be found on the road that connects Tilted Towers and the Research Lab Minotaur. Unlike most NPCs that stand in place, the Curdle Scream Leader can be tricky to find because he roams around the area. Therefore, the best way to spot him is to glide around the path until you notice a chat bubble in the minimap, which is an indicator for an NPC. For clarity, we have marked the area where he usually spawns below. 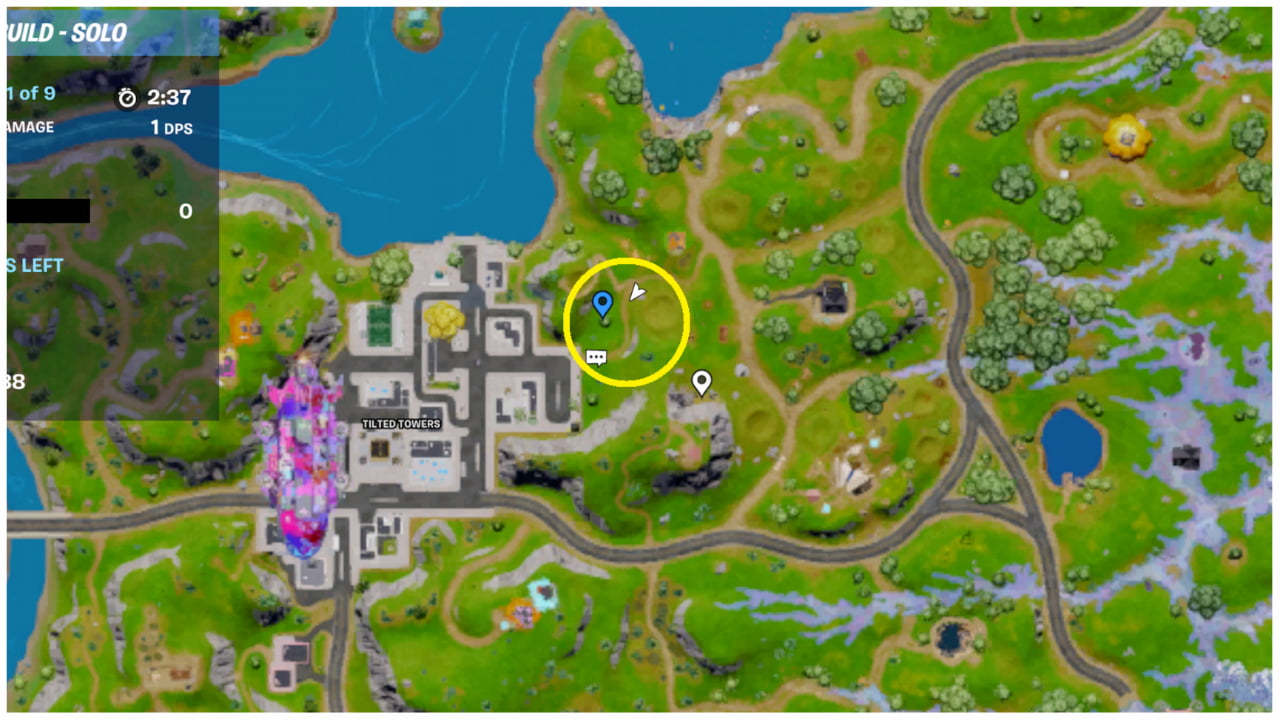 Remember that since others are doing this quest as well, it’s best to find him at the beginning of the match when most players are still looting to avoid getting blown up. Once you can locate him, you need to buy two items. Here is a list of what Curdle Scream Leader sells, along with the price:

When you have completed this quest, you will receive 15,000 XP, meaning you are one step closer to completing your Battle Pass and unlocking the Spider Gwen skin if you haven’t.

If enemies are around you, we recommend buying the Epic Pumpkin Launcher. Although it costs 600 gold bars, this weapon deals massive amounts of damage that can knock enemies easily if you can land your shots. Moreover, you will be able to complete the quest to destroy objects with the Pumpkin Launcher, hitting two birds with one stone!