World of Warcraft Shadowlands Soulbinds Guide and How to Unlock

Borrowed Power makes a return, and this time around it's in the form of customizable talent trees. 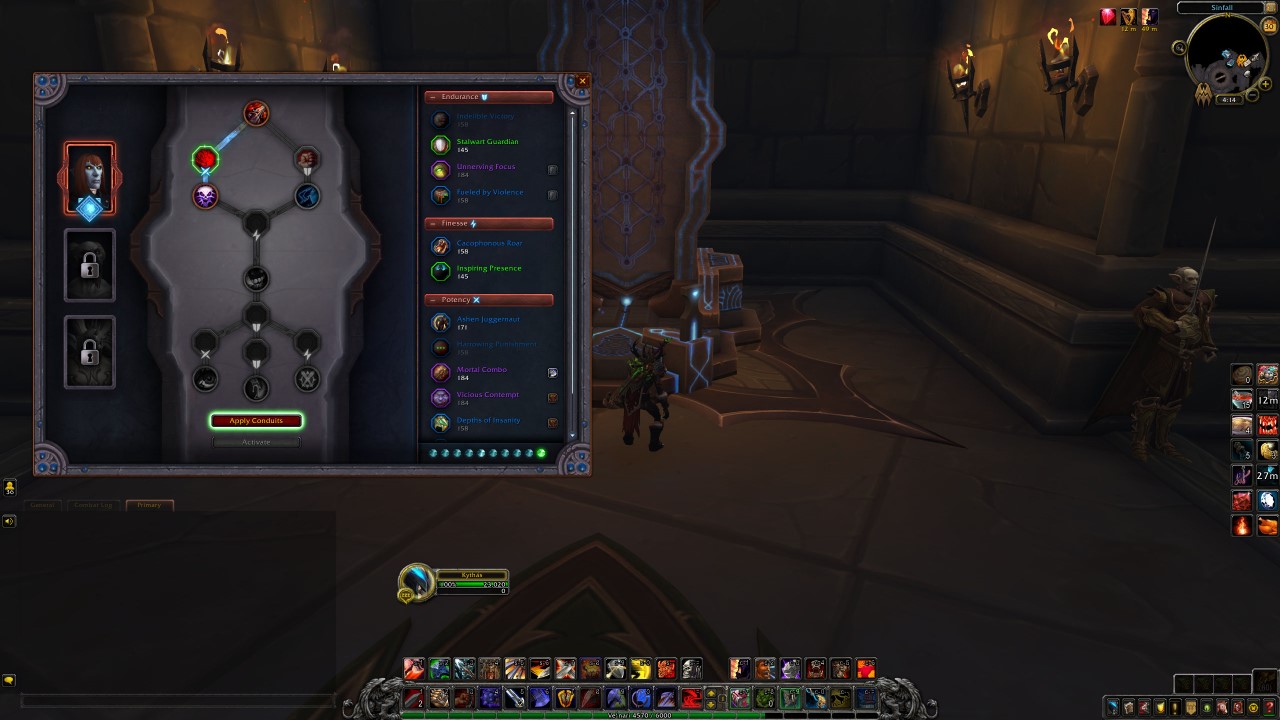 Soulbinds are the “Borrowed Power” system of World of Warcraft Shadowlands, and there’s no “infinite” grind attached to them. Soulbinds are at their core customizable talent trees, though your choice of Covenant will impact which three you’ll have access to. There’s more to them than just picking a Covenant and slotting in Conduits, however.

Soulbinds in Shadowlands are unlocked shorty after picking a Covenant, and you’ll need to increase you Renown to take full advantage of them.

Soulbinds are tied to Covenants in Shadowlands, so you won’t have access to them until you’ve picked one. If you are leveling an alt via the Threads of Fate you’ll also need to reach level 60. Soulbinds are not unlocked immediately after picking your Covenant, but after completing a few quests within the first chapter of your Covenant’s campaign. You’ll be introduced to Renown first, because much of the Soulbind system is locked behind your Renown rank.

Once you complete the first handful of quests (such as farming 1000 Anima for your Covenant’s reservoir) you will be given a quest to unlock your first Soulbind. The quest will have you meet up with your Soulbind’s NPC, and after melding spirits you’ll have access to the Soulbind table (AKA the Forge of Souls). This is the blue diamond on your map within your Covenant sanctum.

You’ll notice one of two things when you first open up the interface. First, there are two additional Soulbinds for you to unlock, but these are gated behind Renown ranks. Second, there are 8 rows to each Soulbind, but you’ll only have access to the first two within your starting Soulbind. Additional rows are also locked behind your Renown rank. If you’re looking to take full advantage of your Soulbinds in Shadowlands you’ll want to keep up with your Renown rank. 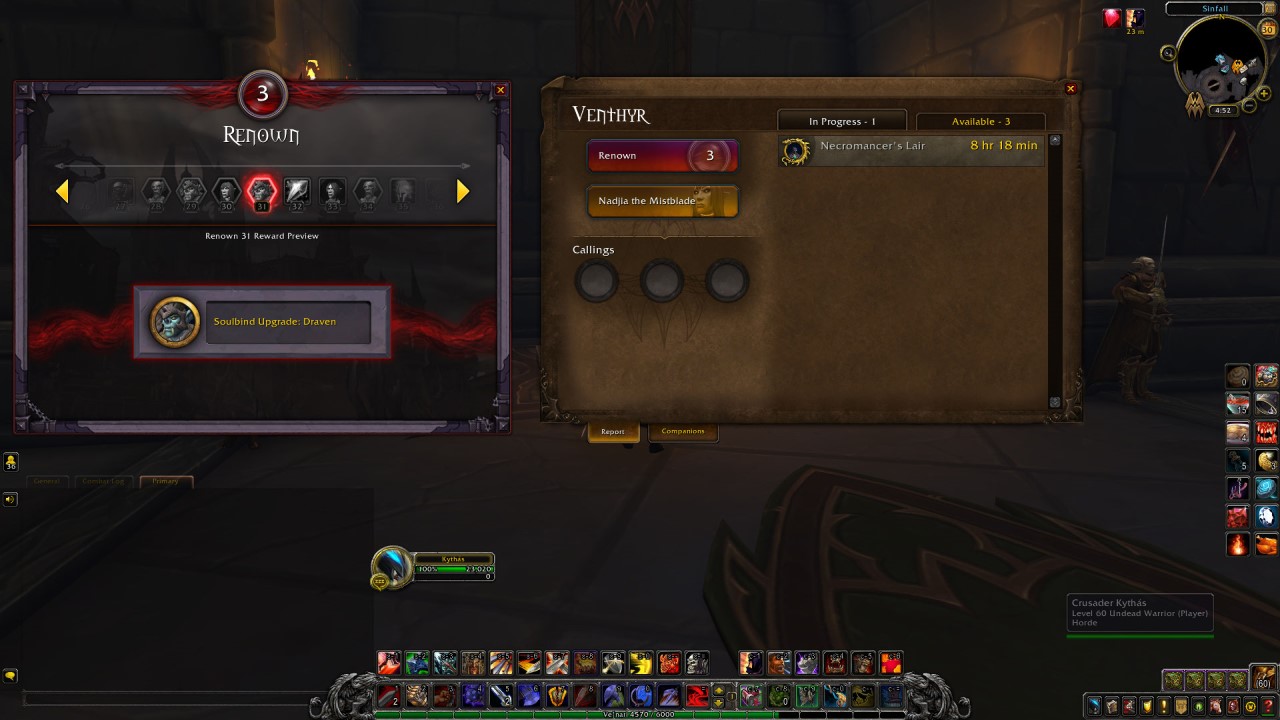 I’ll post the Renown ranks for unlocks a little further below, but let’s first get a couple of basic concepts out of the way. Each Soulbind has unique preset traits, and between these are slots for Conduits. Conduits are Soulbind traits you collect like gear and they can be found in dungeons, as rewards from World Quests, bought with Honor from PvP vendors, and elsewhere. They have item-levels and their stats will increase with each bump up the ladder. Simply interact with your Forge of Souls to store them for use within your Soulbind. They are permanently unlocked thereafter, and if you grab a Conduit of a higher item-level it will replace the lower grade one.

Conduits belong to one of three categories, represented by icons on your Soulbind tree. Potency Conduits are pretty much tied to your damage, Endurance your survivability, and Finesse Conduits offer up some additional utility. You can only place a Conduit in a matching slot, and it will cost you 1 Conduit Energy per Conduit you wish to install or swap out. Conduit Energy is represented by the blue crystals in the bottom-right of the Forge interface, and you have ten to spend. You regain one charge a day at the daily reset, so you’ll want to think about your changes before committing to them.

Soulbinds have branches that lead to different preset traits and Conduits, and you can only have one lane active at a time. You can freely alter this lane in any area where you can swap talents, so rest areas. Just bring up your Covenant Sanctum UI via the icon resting at the bottom-left of your minimap, and select your Soulbind NPC to bring up the Forge of Souls interface to do so.

Listed below are the Renown ranks required to unlock the various Soulbinds and their rows in Shadowlands.  Soulbinds and Conduits will be tweaked and balanced during major patches, so if you are not on the bleeding edge of progression you shouldn’t stress too hard over your choice.