World of Warcraft Shadowlands: How to Increase Renown

In the Afterlife you progress at your pace. 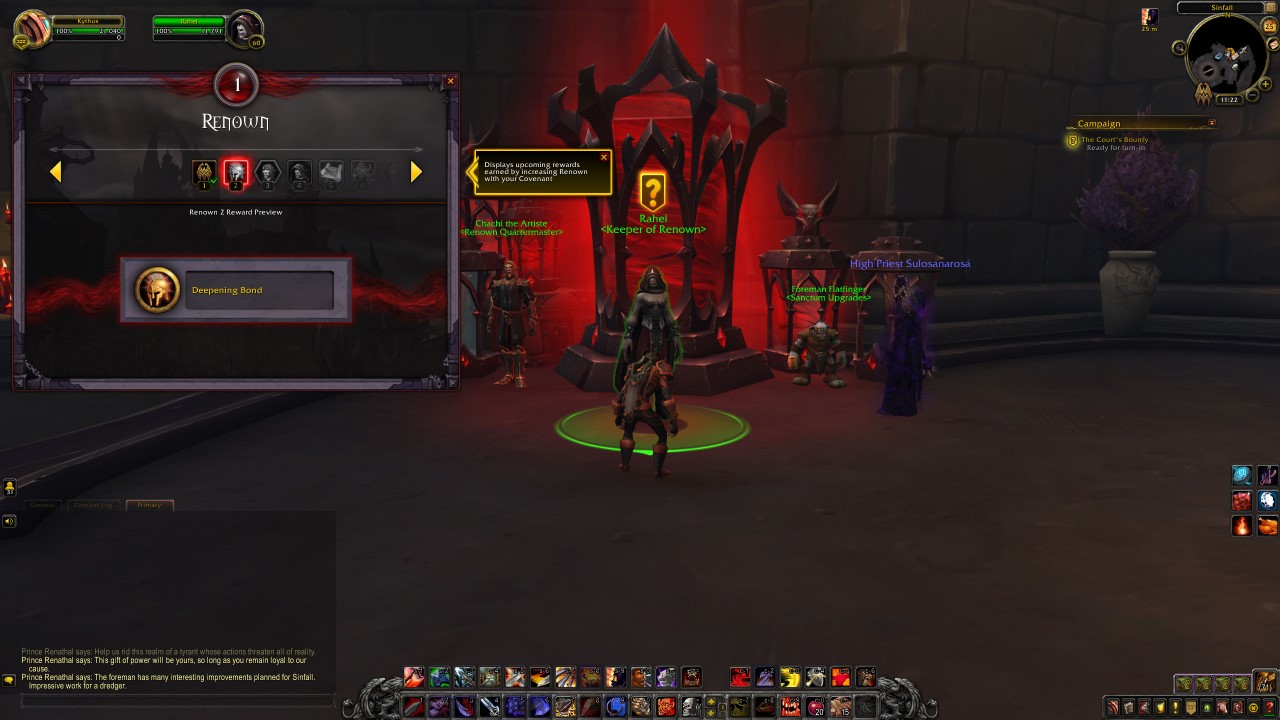 World of Warcraft Shadowlands introduces Covenants to the long-running MMO, and once you align with one you’ll want to increase your Renown with them. Unlike Legion and Battle for Azeroth, Renown is not leveled by dumping limitless amounts of a resource into the system. If you saw Anima and worried Shadowlands would be yet another endless power treadmill you can relax. Renown is much easier to increase, and there is a weekly wall that limits progression.

Complete two weeklies for your Covenant to increase Renown in World of Warcraft Shadowlands.

Renown is how you level your Covenant, and ultimately your Soulbinds (Shadowlands version of “borrowed power”). The higher your Renown rank the more features, activities, and rewards you’ll have access to. Unlike Artifact Power and the Heart of Azeroth you won’t be dumping infinite amounts of Anima into your Renown. Renown is leveled in a far more straight-forward manner than either of those systems, and there is a weekly limit to how high you can climb.

There are currently (as of publication) 40 Renown ranks. Each week your Covenant will have two weekly quests that will reward one single rank upon completion. You read that correctly: one whole rank-up per quest. No dumping Anima into Renown until it levels up, no perpetual grind to keep up with everyone else – just two weeklies.

Now, one of those weeklies (Replenishing the Reservoir) is to farm 1000 Anima (and Anima you have on hand prior to picking up the quest doesn’t count), yet you can easily farm 400-500 a day within your Covenant’s zone alone by completing World Quests, looting chests (especially the marked ones on the map), killing rare spawns, and from quests that are randomly looted from mobs. 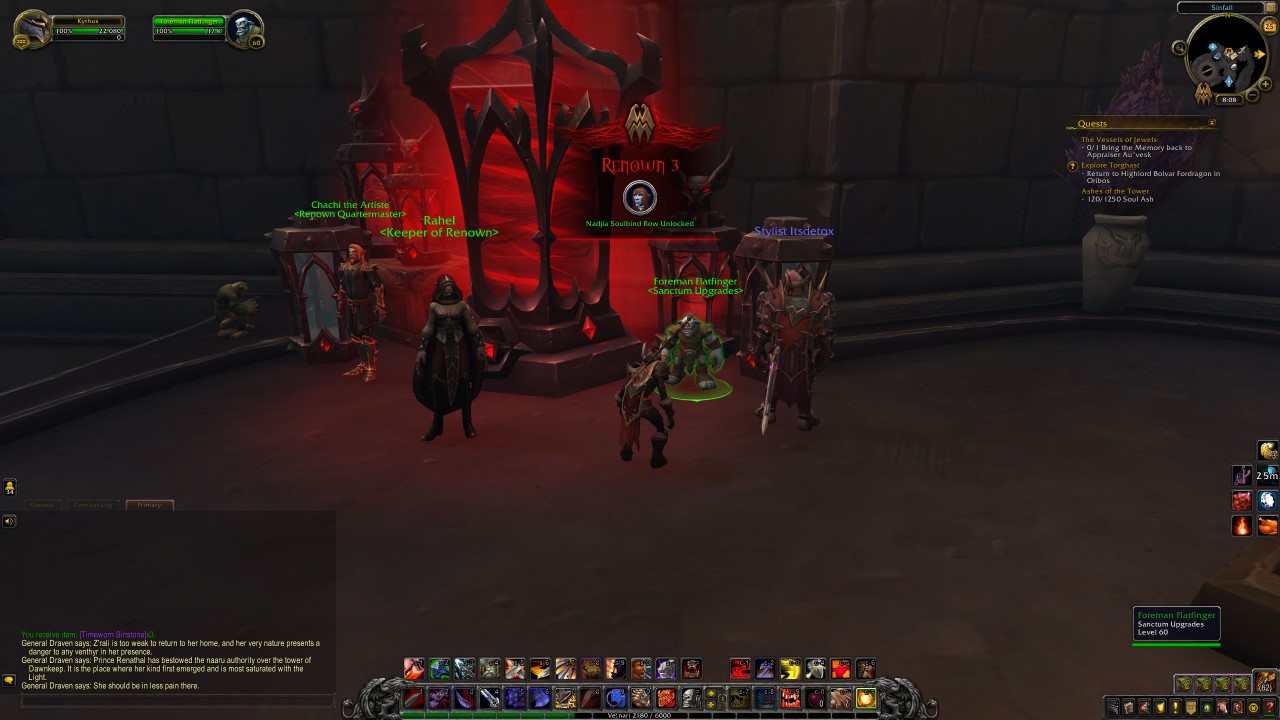 The other (Rescue Lost Souls) requires you to venture into the Maw and rescue Tormented Souls (which will become Redeemed Souls, another endgame resource used for improving your Covenant’s sanctum), but this one is arguably faster than farming Anima. So, if you dislike the Maw then this weekly won’t require the deepest of daily dives. Just pop in, grab the souls, then bail (I still recommend you complete your Maw daily quests, but you do you).

There is a third way to earn Renown, and that is by completing your Covenant’s campaign chapters. These are unlocked by increasing your Renown to the requisite rank, so these are not weekly events like the first two methods. Still, once you unlock a new campaign chapter it’s worth knocking out for the Renown rank-up.

Turning these in will grant one Renown rank apiece, and you’ll unlock all the rewards associated with each rank you reach. Afterwards you’ll simply need to wait until the next weekly reset to level your Renown once more. That means you’ll earn two rank-ups a week (unless you have a campaign chapter unlocked, then you’ll net three). That said, alts playing catch-up will only be limited by the current ceiling. So, your alts who are behind (or main, assuming you missed a week or seven) will be able to complete dungeons, world quests, PvP, and more to earn Renown ranks until they hit the current cap.

For reference, here is how the caps will increase each week: