World of Warcraft Shadowlands: How to Earn Anima

This currency is more for quality-of-life improvements and cosmetics than progression. 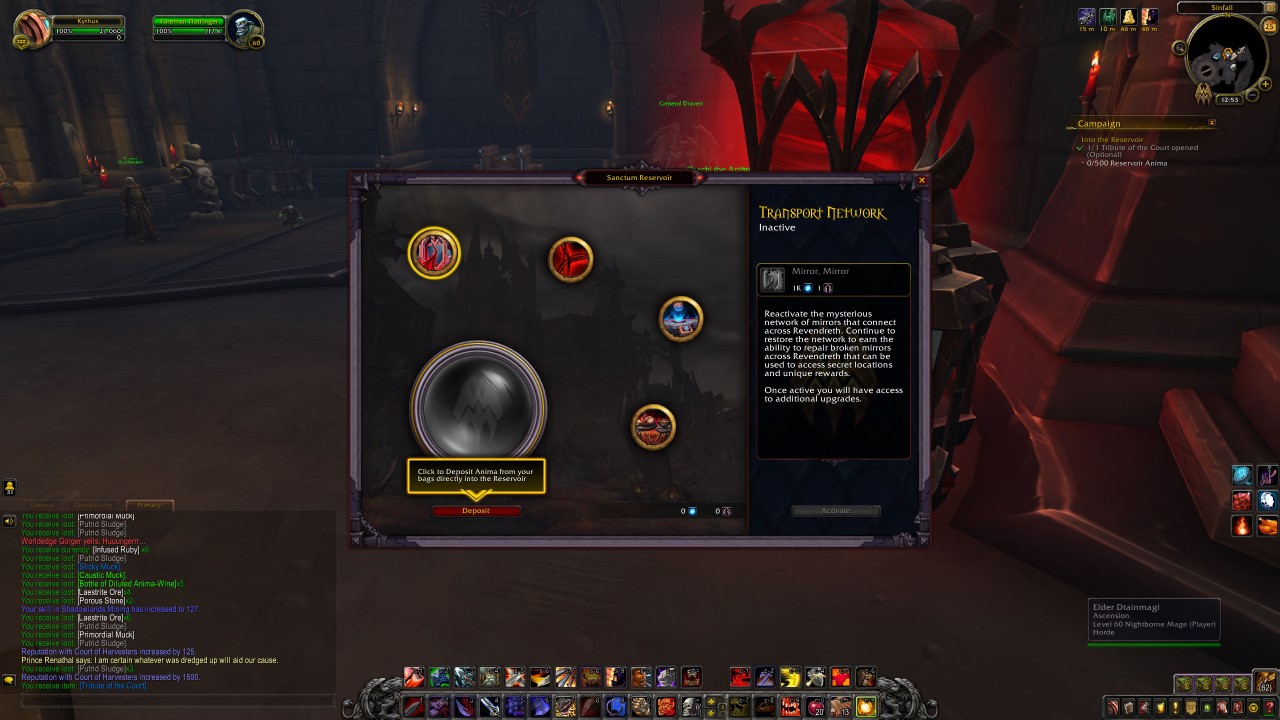 At a glance Anima in World of Warcraft Shadowlands looks similar to Artifact Power and Azerite, but it functions much differently than those two currencies. You won’t be farming Anima just to dump it into an endless power grind. Instead, Anima is used to fuel a handful of features not directly tied to your progression (with one minor exception). So, if you were afraid Shadowlands would be yet another infinite power chase you can breath a little easier. It’s still worth your time to farm up some Anima as you go about exploring Azeroth’s afterlife, however.

Anima is earned from items that drop from various activities and quests.

Anima in World of Warcraft Shadowlands comes in the form of items that drop all across the Shadowlands. Whether you are grinding out World Quests, looting chests, clearing dungeons, or murdering your opponents in PvP there’s a good chance you’ll net some Anima from your efforts. The drop chance is different across the different activities, but there’s a few ways to consistently earn Anima. Just remember: whenever you want to bank your Anima items and convert them into spendable Anima you’ll need to interact with your Covenant’s Sanctum Upgrades NPC, where you’ll have the option to deposit all those items into your Anima Reserves (this caps at 35K Anima).

First, Anima drops come in three flavors within Shadowlands: Uncommon, Rare, and Epic. Uncommon Anima items grant 5 Anima, Rare 35, and Epic 250. As enticing as the Epic-quality Anima items are, they are also the hardest of the three to farm. They will likely have a chance to drop later on in high-end Mythic-tier content, but right now lower tier Mythic and below only drop Rare items. So, the only reliable source for Epic Anima items at the moment are the slim number of quests that reward them.

That means if you plan to farm Anima in Shadowlands you’ll want to grab Uncommon and Rare Anima items. These are far easier to acquire than the Epic Anima drops, especially if you don’t mind some exploration. World Quests can reward 1-4 Rare Anima items, and dungeon bosses sometimes drop a Rare-quality item or two. Sometimes you’ll kill a mob and it’ll drop a quest that will grant one Rare Anima item upon hand-in, so there’s little harm in killing regular mobs. 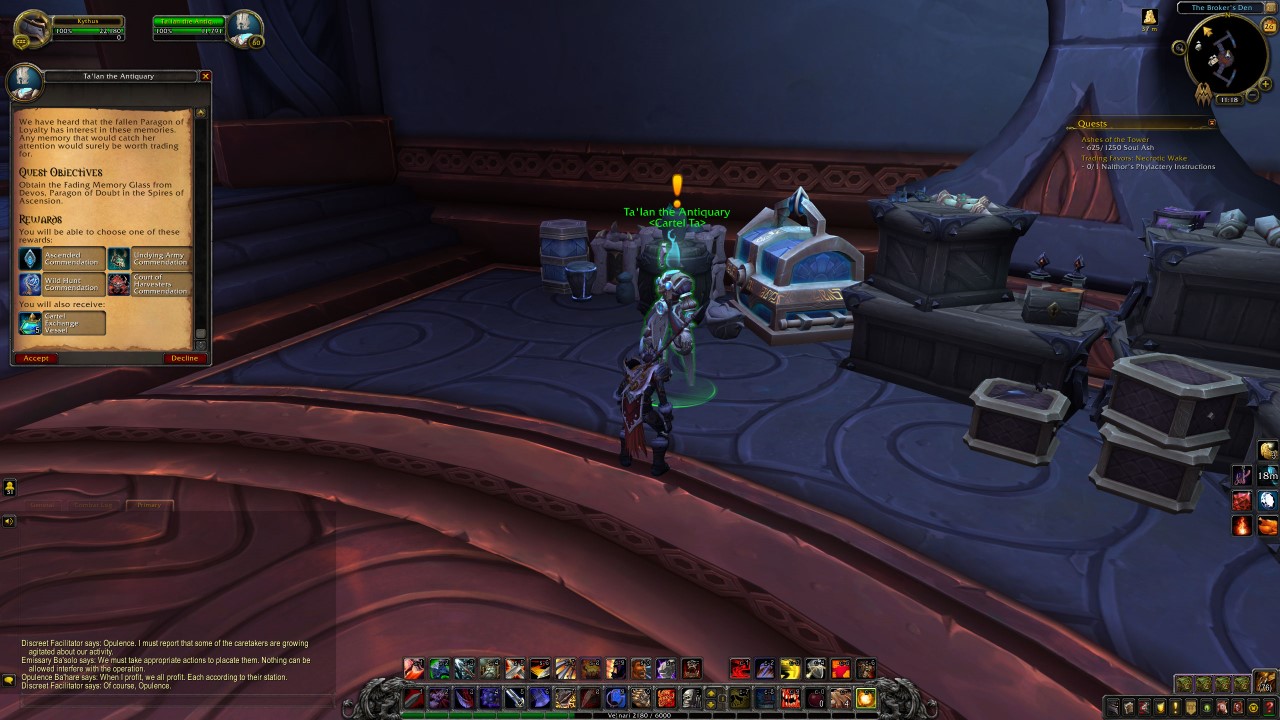 Be sure to grab your daily Callings as well: these reward chests that have Anima items in them, and these quests tend to require World Quest completion. There are also quests that offer up several Rare Anima items upon completion, like the weekly dungeon quests in Oribos that also reward Covenant faction reputation. Keep an eye out for these quests, and be sure to clear them. Also, Daily Dungeon and PvP Finder queues offer up one Rare item for each option available (except Arena).

Chests in the Shadowlands will always contain a handful of Uncommon Anima items (though the marked chests on the map tend to contain more than the standard chests). Usually these add up to match the Anima of a single Rare item, so chests are well worth looting if you happen upon them. Otherwise, if you want to maximize your Anima farm you’ll want to at least clear the marked chests off the map.

Rare monsters also drop Uncommon Anima items, so if you stumble upon one in the wild it’s worth your time to kill it. Granted, at our current item-levels you’ll want a group to help you take most of these foes down, so set a pin on your map and share the location in general chat. Since rare monsters tend to drop pets and mounts in Shadowlands players will flock to your location. That, and they’re also likely farming Anima. 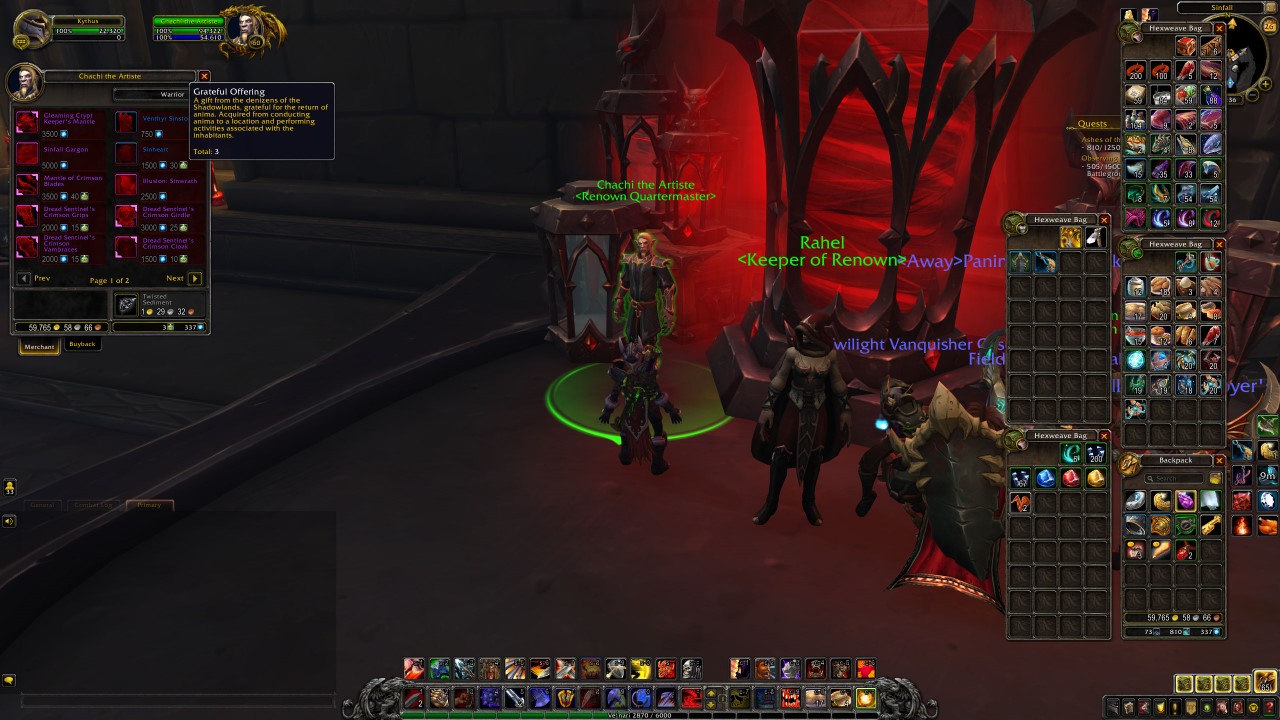 What is Anima used for in Shadowlands?

Anima has several uses in Shadowlands. One of your weekly quests for Renown will require you to farm 1000 Anima to complete, and whatever Anima items you have on hand before grabbing this quest will not count. This is not a difficult number to hit even with casual grinding, assuming you at least complete your daily Callings and clear some World Quests that reward Anima. Outside this quest Anima has little effect on your progression.

Anima is also used to purchase Sanctum Upgrades (the Teleportation Network, Anima Conductor, Adventure Table, and Sanctum Feature), cosmetics and such from the Renown vendor, to power the Anima Conductor, and to send companions out on missions at the Adventure Table. The Sanctum Upgrades should be your first priority when it comes to farming Anima, but these also require Redeemed Souls that are locked behind a weekly quest.

Bank what you need for your next weekly Sanctum Upgrade, then either farm some more to make the following weeks easier, to have a cushion for later cosmetic purchases, or take a break. You can technically farm Anima from your Adventure table, but the cost to reward ratio isn’t the best. It’s an option, but you’ll want to level your companions for the Soul Ash missions that appear at higher levels.