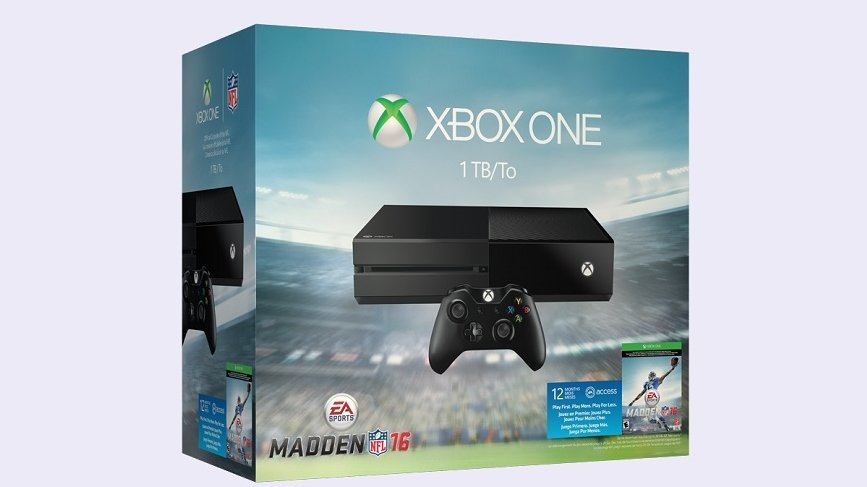 Madden fans are starting to get excited with the release of Madden 16 looming. Microsoft have partnered with EA and announced a Madden 16 bundle for the ages.

As announced on Xbox Wire, the bundle will include a digital code for Madden 16 to download when it releases on August 25th, a 1TB Xbox One and everything that entails, and fans even get a one year subscription to EA Access. EA Access is the subscription based service that allows fans to download games that have been added to the vault free of charge as long as they are subscribers. It also allows early trial access to upcoming titles.

Fans who pick up the bundle or already have EA Access will be able to try out Madden 16 on August 20th. That’s five days prior to the retail release of the game. The bundle is set to release a full week ahead of Madden 16 on August 18th. This gives fans plenty of time to enjoy EA Access and put the 1TB of space to good use. It seems like a great deal for fans of EA, especially with the upcoming Star Wars Battlefront just around the corner.

The 1TB Xbox One Madden 16 Bundle is set to release on August 18th and will retail for $399. You can pre-order it now at select retailers.