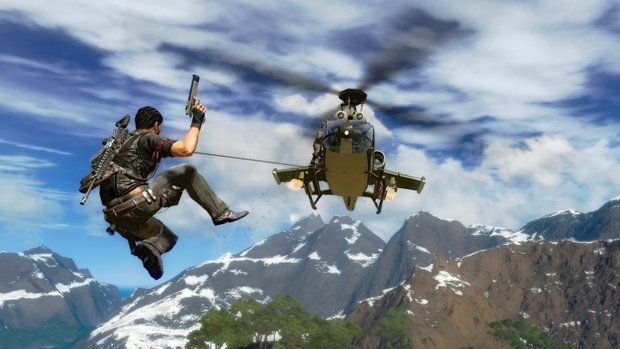 Gamers were able to do some pretty cool sh*t in Just Cause 2. You’ve parachuted off mountain tops, jumped from speeding car to speeding car, and even grappled your way onto an airborne helicopter. One thing you haven’t been able to do however, is engage in the open-world chaotic fun with your friends. Thanks to a group of Australian indie developers, gamers with the benefit of having an up-to-date PC may in fact be able to experience such lofty gaming fantasies.

While the developers have been hard at work on modding Just Cause 2 to include a multiplayer component for over two years now, scripting and sourcing issues have prevented the team from gaining much ground. But not even these obstacles are enough to inhibit the resilient Australian devs who are clearly dead-set on bringing the dream of a Just Cause 2 multiplayer to fruition.

The team’s official website notes that they are back on the right track and have “squashed all obstacles encountered thus far.” Words can only ensure fans so much, as there’s undoubtedly some critics claiming that the open-world, glorious destruction that is Just Cause 2 would simply not work well with other players grappling, driving, and shooting all at once. Thankfully, we have a short video from the developers to prove that they’re deadly serious about making the component a reality.

Don’t take our word for it. Watch the video below and bask in the endless possibilities that a Just Cause 2 multiplayer presents.  We anxiously await the opportunity to throw each other off cliffs and clip our friend’s parachute with swirling helicopter rotary blades.