Activision looking to dethrone GTA V next month with Call of Duty: Ghosts 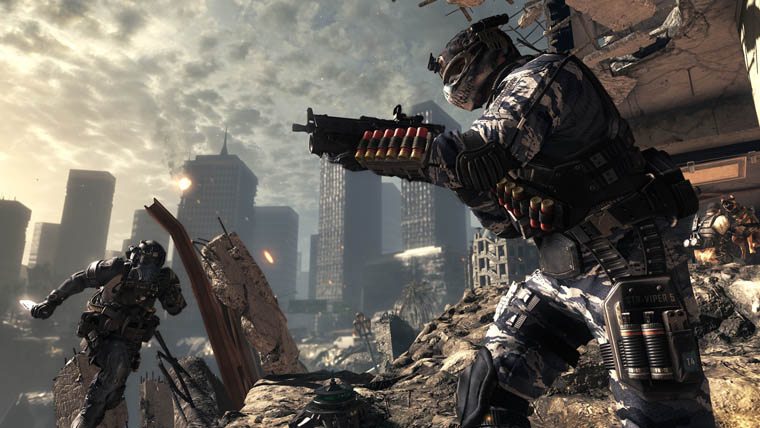 Activision is looking to dethrone Rockstar Games and GTA V when Call of Duty: Ghosts arrives in stores next month. While Rockstar recently captured the biggest launch in history with Grand Theft Auto V, Activision doesn’t want them to get too comfortable with the title.

Congratulating them on their success, and refuting claims that Call of Duty is a game franchise in decline, Kevin Flynn of Activision fired a warning at Rockstar in an interview with MCV.

“Congratulations to the team at Rockstar for their success,” Flynn said. “We look forward to getting the record back before the next GTA title… We know that our unaided awareness for Ghosts is leading the way against other unreleased triple-A titles. Our digital content has proven extremely popular and Black Ops II has sold more than 3m units in the UK.”

Prior to last month’s release, Call of Duty had held the records for biggest game release, we’ll have to wait and see if fans will still be lining up at launch to snag Infinity Ward’s shooter in the massive numbers that they have in the past.