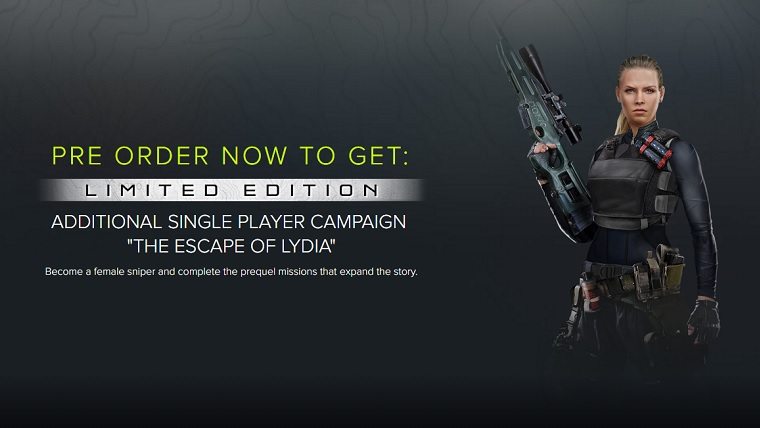 While pre-order bonuses for games can typically be pretty throwaway, the one that CI games has cooked up for Sniper Ghost Warrior 3 is pretty substantial. The developer has announced that pre-ordering the game will get you an entirely new campaign, which expands upon the story of the main game.

The new campaign stars a female sniper and is called The Escape of Lydia, with additional information on the campaign expected to be coming soon. The sniper in question is the woman that appears in the image at the top of this post.

As for the main campaign, the game has you going “behind enemy lines with the ultimate modern military shooter. Play as an American sniper dropped in Georgia, near Russian border. Choose your own path to accomplish your missions across an unforgiven open world.”

Sniper Ghost Warrior 3 is set to launch for PlayStation 4, Xbox One and PC on January 27th, 2017. The game had originally been set to launch this year along with rival game Sniper Elite 4, though both games were pushed back to 2017. You can check out the official reveal trailer for the game below.