Aliens: Fireteam is a Third-Person Co-Op Shooter where Everyone Can Hear You Scream

Annihilate the Alien threat with friends. 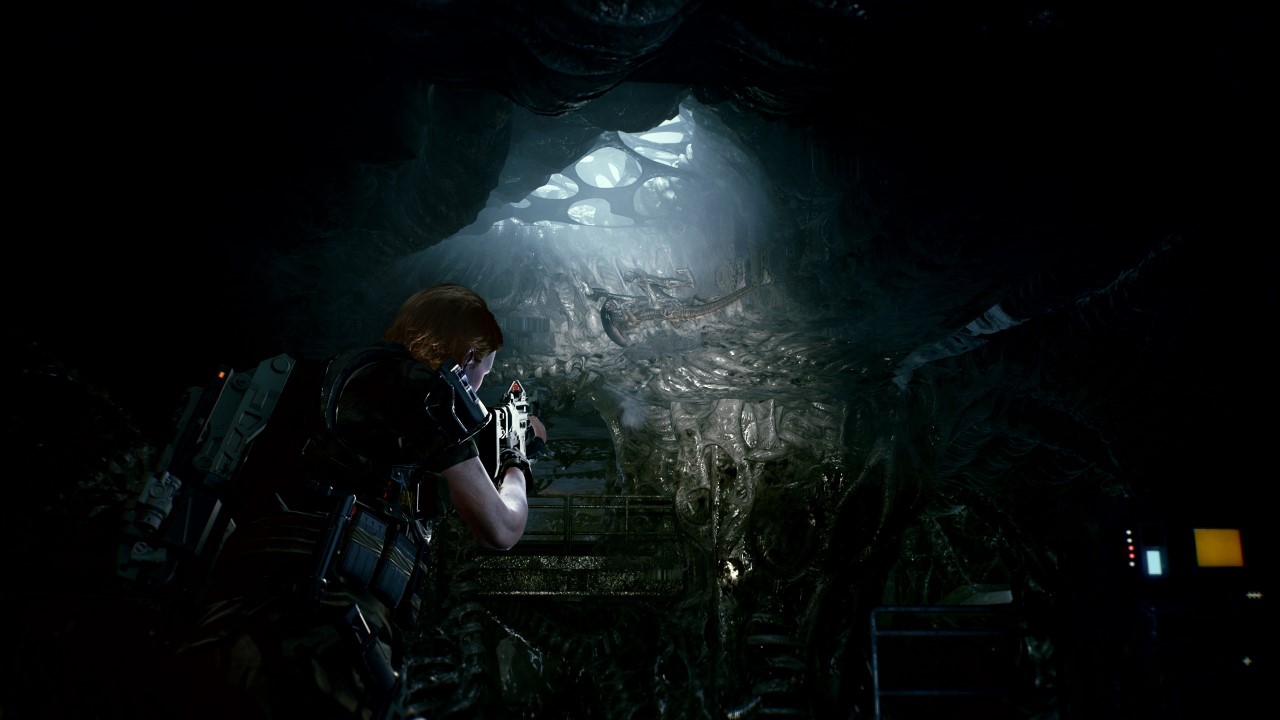 In the recently revealed Aliens: Fireteam, Colonial Marines continue to get the short-end of the proverbial, slime covered stick. A three-person third-person co-op shooter, Aliens: Fireteam will task players with eradicating the Xenomorph menace where ever it crops up in the galaxy.

Aliens: Fireteam launches later this summer on consoles and PC.

Aliens: Fireteam is set after the events of Alien 3 in the year 2202, and it’s not exactly a secret anymore that A.) the Xenomorphs exist, and B.) that the Weyland-Yutani Corporation is up to no good. Players will fill the shoes of one of five playable roles – Gunner, Demolisher, Technician, Doc, and Recon – to take on both the hive and various Weyland Synthetics.

Developers Cold Iron Studios promise an intense three-person co-op experience across 12 different missions (that make up four different story campaigns), though any empty spots in your roster will be filled by the computer. There will be over 30 weapons on offer (to include the iconic M41A Pulse Rifle), and 70 different mods and attachments to customize them as you see fit. 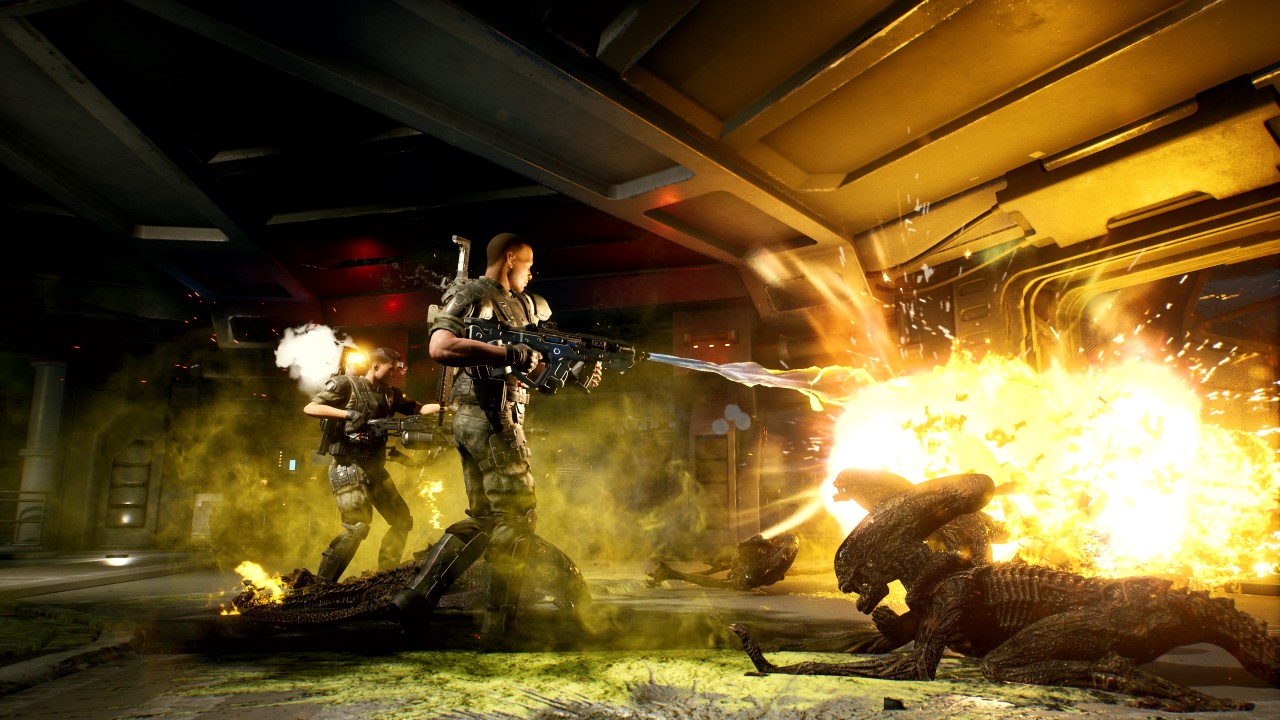 You’ll need the large armory, because there are 11 Xenomorph variants eager to tear you limb from limb (or to hug your face) in Aliens: Fireteam. Mix in Weyland’s androids and you’ll need all the firepower you can get your hands on.

Admittedly, the debut trailer didn’t look half-bad (even if the shooting looks a little airy at this stage). I’m a big ole fan of the Alien franchise in general and, although I may prefer the first Alien over its still amazing sequel Aliens, I’m not opposed to a solid bug hunt. Besides, it can’t get any worse than Aliens: Colonial Marines, right? Right!?

Set in the iconic Alien universe, Aliens: Fireteam is a cooperative third-person survival shooter that drops your fireteam of hardened marines into a desperate fight to contain the Xenomorph threat.

Face off against waves of terrifying Xenomorph and Weyland-Yutani Synthetic foes alongside two players or AI teammates, as you and your fireteam desperately fight your way through four unique campaigns that introduce new storylines to the Alien universe. Create and customize your own Colonial Marine, choosing from an extensive variety of classes, weapons, gear and perks, battling overwhelming odds in this heart-pounding survival shooter experience.

THE ULTIMATE HUNT
Play a pivotal role in the epic events that occur 23 years after the original Alien trilogy as a Colonial Marine stationed aboard the USS Endeavor, battling terrifying Xenomorph threats. Stunning visuals, iconic enemies, realistic environments, powerful weapons, futuristic equipment, and an eerie soundscape fill out new storylines in a series of replayable campaigns that evoke and expand upon the blockbuster films.

SURVIVE THE HIVE
Face overwhelming odds against over 20 enemy types, including 11 different Xenomorphs along the evolutionary scale from Facehuggers to Praetorians, each designed with their own intelligence to ambush, outsmart and eviscerate vulnerable marines. Utilize cover and master team strategy to survive extraterrestrial threats as they overrun your fireteam from every angle, swarm through doors and vents, scramble across walls and ceilings, and strike from darkness with uncanny ferocity.

CUSTOMIZE YOUR FIRETEAM
Choose from five unique classes – Gunner, Demolisher, Technician, Doc and Recon – each with their own special abilities and character perks. Utilize an extensive arsenal of 30+ weapons and 70+ mods/attachments in your effort to eradicate the Alien threat. An innovative Perk Board modifies and improves your abilities, while a unique Challenge Card system alters the approach to each Campaign mission, offering a new experience with every playthrough.”

Home / Game News / Aliens: Fireteam is a Third-Person Co-Op Shooter where Everyone Can Hear You Scream