The latest news in the world of video games at Attack of the Fanboy
July 22nd, 2015 by Dean James 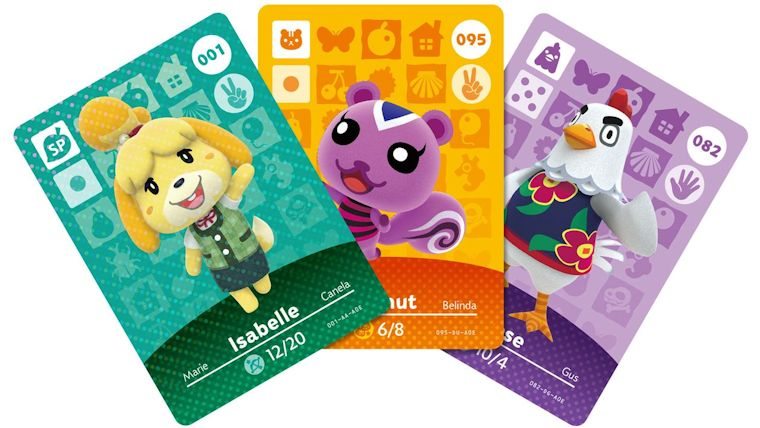 Ever since Nintendo debuted their line of amiibo figures back in November, they have gotten even more popular as each new wave has released. To coincide with the upcoming Animal Crossing: Happy Home Designer for 3DS, we are getting another type of amiibo through collectible cards, and it sounds like they might be even harder to acquire a full set.

The amiibo figures themselves have been a pain to try and collect without having costing an arm and a leg or camping out for them. While you know always know just what figure you are buying, the cards will not be that way.

According to the official Nintendo website, the Series 1 of the Animal Crossing amiibo cards will each come with six cards. However, each pack will have a completely random selection of Animal Crossing characters, plus 1 “special character.”

This isn’t really a surprise, but it is worrisome for those looking to collect the full sets. We’ve seen prices of Magic the Gathering, Yu-Gi-Oh, and Pokemon cards over the years that are more rare, and you know Nintendo will make some cards near impossible to find.

Instead, basically the only option is going to end up being to purchase cards for a premium from a retailer, as we will likely see those pop up in the same way we’ve seen them for other collectible card games. Hopefully the packs will at least be plentiful like these other CCGs, so that those who want to just buy lots of them can have the option without running out.