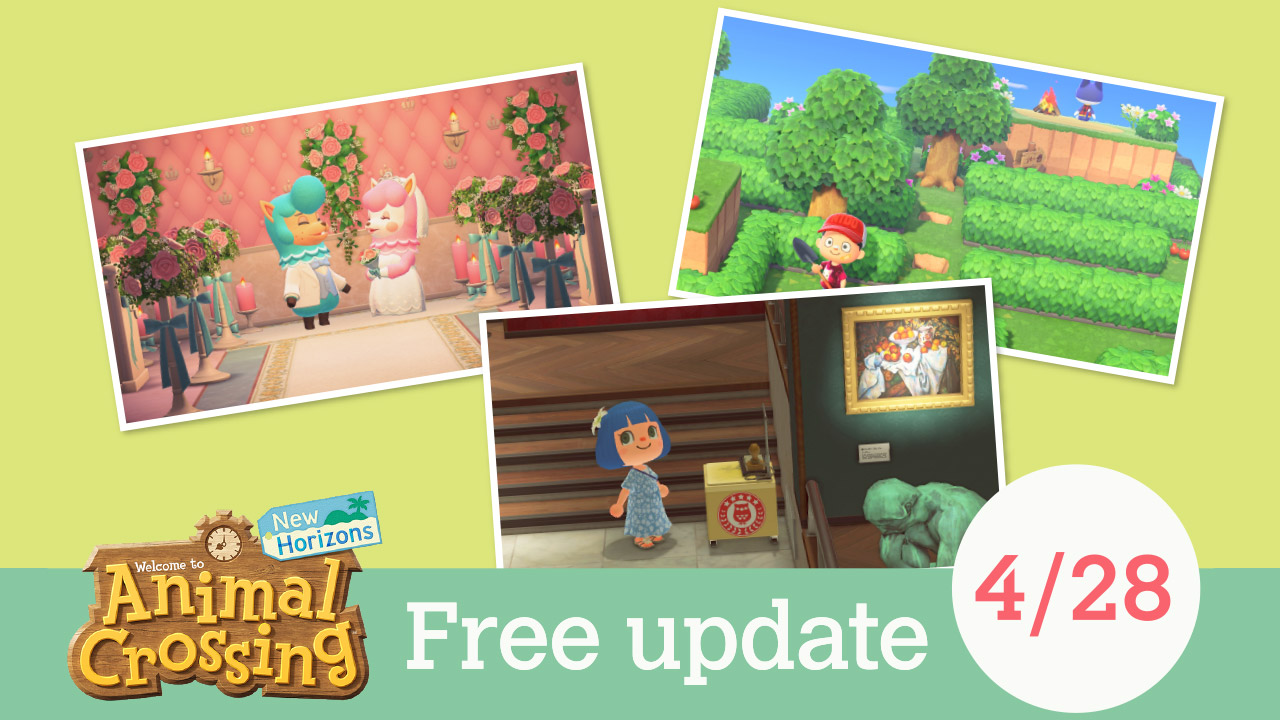 The latest addition to the ever popular life-sim, new content is coming with this Animal Crossing May update 2021, in which certain events will carry on into June, and will be available as a free download on April 28. This update follows the recent event that allows players to create Island Tour Posters and Trailers. Nintendo has just announced this via their dedicated Animal Crossing Twitter account, and there’s plenty of exciting content to look forward to in the months of May and June 2021 as summer draws near.

This update sees the return of May Day, which looks similar to last year, in that there will be a special ticket to a curated island that you can explore, but we’ll soon find out if anything has been changed. May Day runs from April 29 to May 7.

International Museum Day is coming from May 18 to May 31, which will see players take part in a stamp rally. It seems that Blathers will give players a stamp card and they can then explore the museum and view exhibits while collecting stamps for their card.

Wedding Season will take place from June 1 to June 30, marking the first anniversary of Reese and Cyrus’ wedding where players could decorate the venue and take photos. This event is returning and it has been announced that this will be an annual tradition in the Animal Crossing: New Horizons world. Wedding Season themed furniture and fashion items will also be available to purchase in Nook Shopping and Able Sisters.

[Announcement]
Seasonal events with new twists are on the way! Learn more about the next free update for #AnimalCrossing: New Horizons, available on 4/28. #ACNHhttps://t.co/C0vWK4EYpg pic.twitter.com/cEgWtOVl0C

Other seasonal items will also be available based on events such as Mother’s Day and Cheese Rolling, with more to be announced.