Season 4 gets its first major event next week. Apex Legends Season 4 has been chugging along quite nicely, and less than a month in Respawn has revealed their next event: System Override. There will be cosmetics to earn, and a new Limited Time Mode for players to participate in.

Deja Loot will see items spawn in the same permanent location within the arena throughout the entire event, meaning players will have clear locations they wish to pillage if they plan to acquire the best gear. This should shake-up the existing meta in Apex Legends, because everyone will push the same drops hoping to gain an early edge.

To make Deja Loot spicier, there will be a set path for the dropship and pattern for the ring that cycles daily, so enterprising champions will want to plan their drops accordingly. The first week will take place in World’s Edge, and week two will return to King’s Canyon. 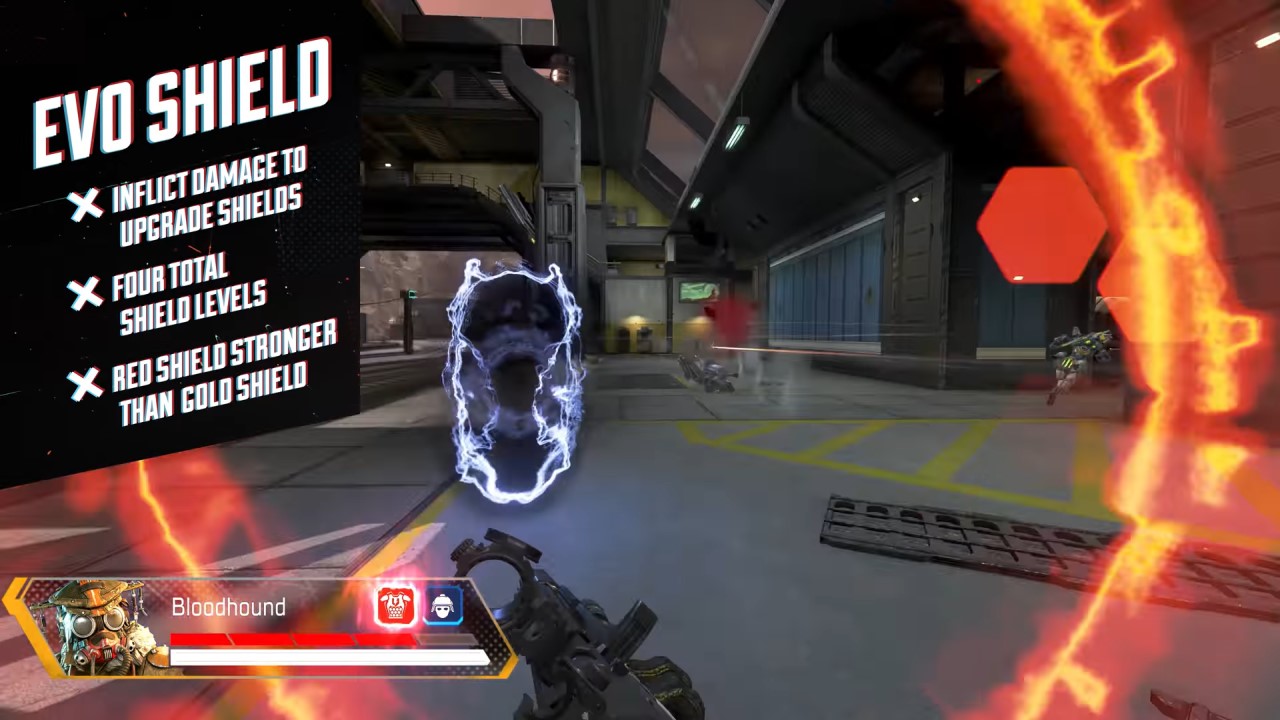 Respawn will test a new shield variant during System Override as well: the Evo Shield. Unlike a normal shield, the Evo Shield starts off weaker than a white shield and can be enhanced by dealing damage to non-downed players. With enough damage the Evo Shield can push beyond a yellow shield and become a red shield, which will offer an absurd amount of resilience. Progress carries over from player to player, making the shield all the more enticing.

While the shield is limited to the Deja Loot LTM for now, Respawn did note in their blog post that it could become a permanent fixture if player feedback is positive after the System Override event..

With System Override comes a new Event Prize Track to Apex Legends, and completing challenges in the game will unlock new cosmetics and awards. The prize track works in tandem with the season pass, so players need not fret prioritizing one over the other. There is also a new Heirloom set for Octane, which can be earned via the new Heirloom shards (Heirlooms will no longer drop in one single pack).

System Override takes place from March 3rd until March 17th, so be sure to log into Apex Legends during that time if you want those shiny new cosmetics, or plan to take advantage of the Deja Loot LTM. More details can be found at Apex Legends’ website, and in the official video below.