The latest news in the world of video games at Attack of the Fanboy
January 28th, 2016 by Scott Grill 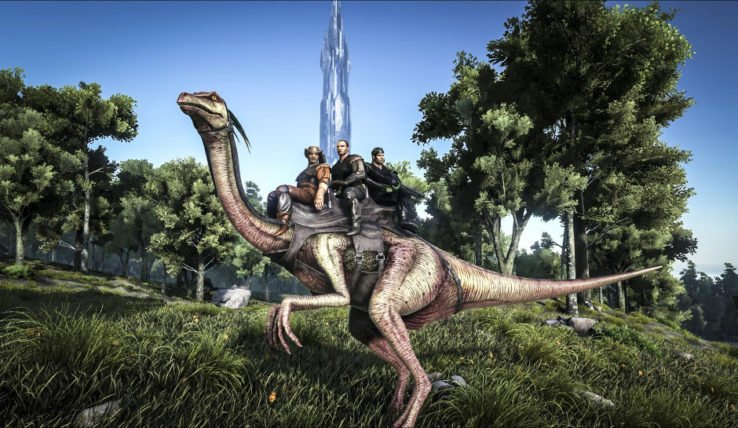 ARK: Survival Evolved players on the PC received another update Friday that brings more content to the Steam Early Access survival title. Studio Wild Card dropped patch 233 on to the island with a brand new dinosaur capable of carrying three players plus some shocking high-tech weaponry.

The Gallimimus is the speedy herbivore that you may recognize from such films as Jurassic Park, where a herd was seen running away from a T-Rex. Taming this dinosaur in ARK will allow players to mount a three seater saddle on its back to allow one player to drive and the other two to shoot. In fact, the player in the rear seat faces backwards.

The new dinosaur isn’t going to be a killing machine in ARK as its attack ability is low. However, it will serve well as a scout or raiding beast thanks to its quick movement speed and the ability to jump long distances. 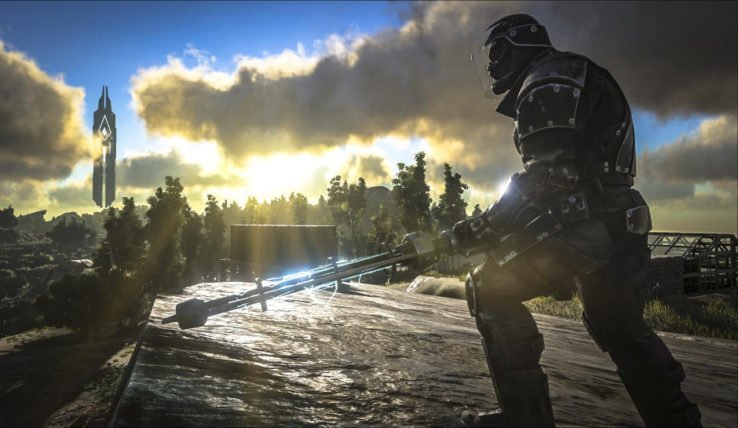 Speaking of raiding, patch 233 adds new SWAT-style Assault Armor for players to wear. It includes armored body and leg pieces along with a helmet that hold a see-through visor. Stats have not been released yet, but it looks heavy.

This pairs well with a powerful new Electric Prod weapon added to the game. Opposing ARK survivors will be screaming, “Don’t tase me, bro!” when they see your tribe with this. It can knock humans out in a single shot, as shown in the accompanying spotlight video below, and will likely do a solid amount of Torpor damage to dinosaurs and other beasts roaming the island.

ARK: Survival Evolved is currently in Steam Early Access for the PC and is targeting a June 2016 release. It is also available on the Xbox One as part of the Game Preview Program with its updates following the PC update. A PlayStation 4 release is also planned when the game launches later this year.