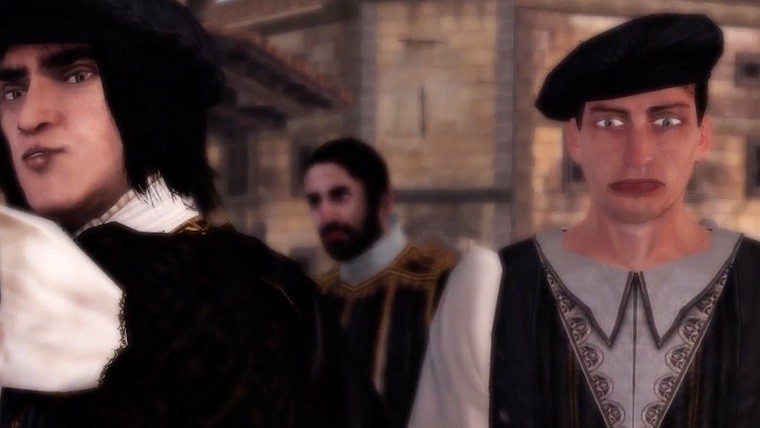 Earlier this year saw the Assassin’s Creed games starring Ezio get remastered in the form of Assassin’s Creed: The Ezio Collection, which released for PlayStation 4 and Xbox One. While the games were generally praised for bringing some of the series’ earlier and best games to new platforms, they didn’t launch without their fair share of bugs. One of the most notorious bugs had to do with an NPC in Assassin’s Creed 2, who had a face that was by no means normal.

However, this issue has now been resolved thanks to the new 1.02 update patch that the game has just received. Going into the game now should cause this particular NPC to have a normal-looking face again, which Ubisoft claimed the problem was due to the fact that the NPC was randomly generated. The following are the complete 1.02 patch notes:

Sound: FIXED – Background music stops after performing a synchronization on a view point in Assassin’s Creed 2

In other news related to the Assassin’s Creed series, Assassin’s Creed 3 is currently being made available for free by Ubisoft as part of their 30th anniversary celebration. The game will remain free for the rest of the month, and you can claim it through your Ubisoft Club account. To make matters even better, the company had been giving away one free game each month for the past several months, but now they’re giving everyone one last chance to claim any of the games they missed this weekend. You can learn more about that by clicking right here.