The latest news in the world of video games at Attack of the Fanboy
August 23rd, 2012 by William Schwartz 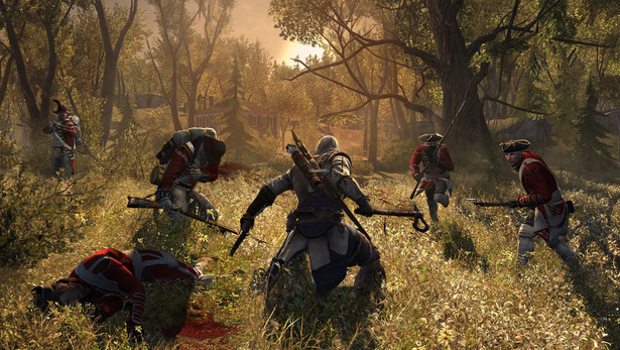 In case you didn’t know, people are pretty excited for Assassin’s Creed 3, but that hasn’t prevented Ubisoft from marketing the hell out of it. To help sway the naysayers that may have been discouraged by Revelations, the series’ last installment and one which many gamers believed amounted to a filler title, Ubisoft is releasing a four-part behind-the-scenes documentary series detailing the intricacies of what it takes to develop a AAA blockbuster.

The devs today released “Part One: Making A Masterpiece,” and although it won’t give you a whole lot of information on the game that you weren’t already aware of, it’s still 6 and a half minutes that will leave you salivating.

Ubisoft has consistently stated that Assassin’s Creed 3 will be the most ambitious of the franchise, and they’re backing their statements up with the development statistics to prove it. Assassin’s Creed 3 will feature about 30 hours of gameplay, over 2 and a half hours of cinematics, and an unprecedented scope that recreates colonial Boston and New York on a 1 to 3 scale. It’s said in the video that 2,500 characters can be supported on the screen at any one time, rendering the brutality and sheer magnitude of Revolutionary War battles in shockingly realistic detail.

Connor, the series’ newest protagonist, will be targeting and taking out key historical figures at major battles and events of the period. As one analyst in the video puts it, “If George Washington had Connor on his team, he wouldn’t have needed many other people.” In short, Connor is pretty badass.

Assassin’s Creed 3 hits stores on October 30. Watch the video below:

Inside Assassin’s Creed 3 – Episode One