The latest news in the world of video games at Attack of the Fanboy
June 28th, 2017 by Jose Belmonte 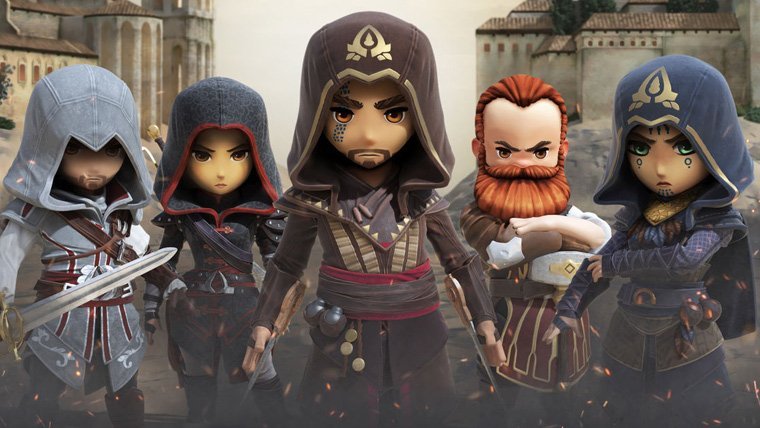 Ubisoft is not wasting any time on its flagship series, and after the successful presentation of Assassin’s Creed: Origins during E3 2017, the French company has unveiled a new game of the franchise targeting mobile platforms. Named Assassin’s Creed: Rebellion, the new title will have players managing and assassin fortress in Spain in times of the Inquisition. As opposed to the realistic designs of other entries, Rebellion will showcase a more cartoony look, as a way to appeal to the more family-friendly audience of free mobile games.

Players expand their base by collecting resources, gaining experience, and building new rooms that serve different functions, like processing materials or training new members. The formula is certainly reminiscing of the mechanics of Fallout: Shelter. After some time, players will have trained a good number of assassins each showcasing different skills that will make them more apt to different types of missions. The brotherhood will be inhabited by classic heroes of the franchise like Ezio or Shao Jun, as well as brand new characters

Assassin’s Creed: Rebellion is currently in development for mobile devices functioning with at least iOS 8 or Android 4.1. Ubisoft claims that the title will be released “soon,” although it hasn’t shared any more details. Watch the first trailer below.