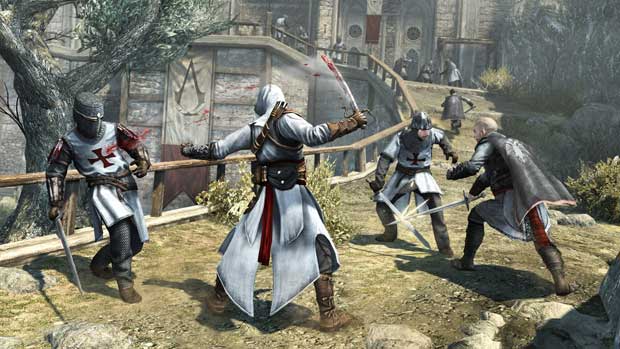 Moments after we composed this beauty, Gabe Graziani petitioned his twitter followers to head on over to the Assassin’s Creed Fan Page (on purpose this time), to help reveal the next Assassin’s Creed title.  Hopefully they’ll reveal more than the title of the game once the follower target is achieved, since it can now all but be confirmed that Assassin’s Creed: Revelations is a real thing.

Now head on over to the Assassin’s Creed Facebook Fan Page do your duty, and hopefully we can get our first details of this fourth installment of Assassin’s Creed goodness.  There have been no other announcements that state exactly how many followers they are targeting as the magic number to unlock the reveal, but I suppose the more that do it the quicker it’ll happen.  Now Go!.