The latest news in the world of video games at Attack of the Fanboy
October 30th, 2014 by Danny Vittore 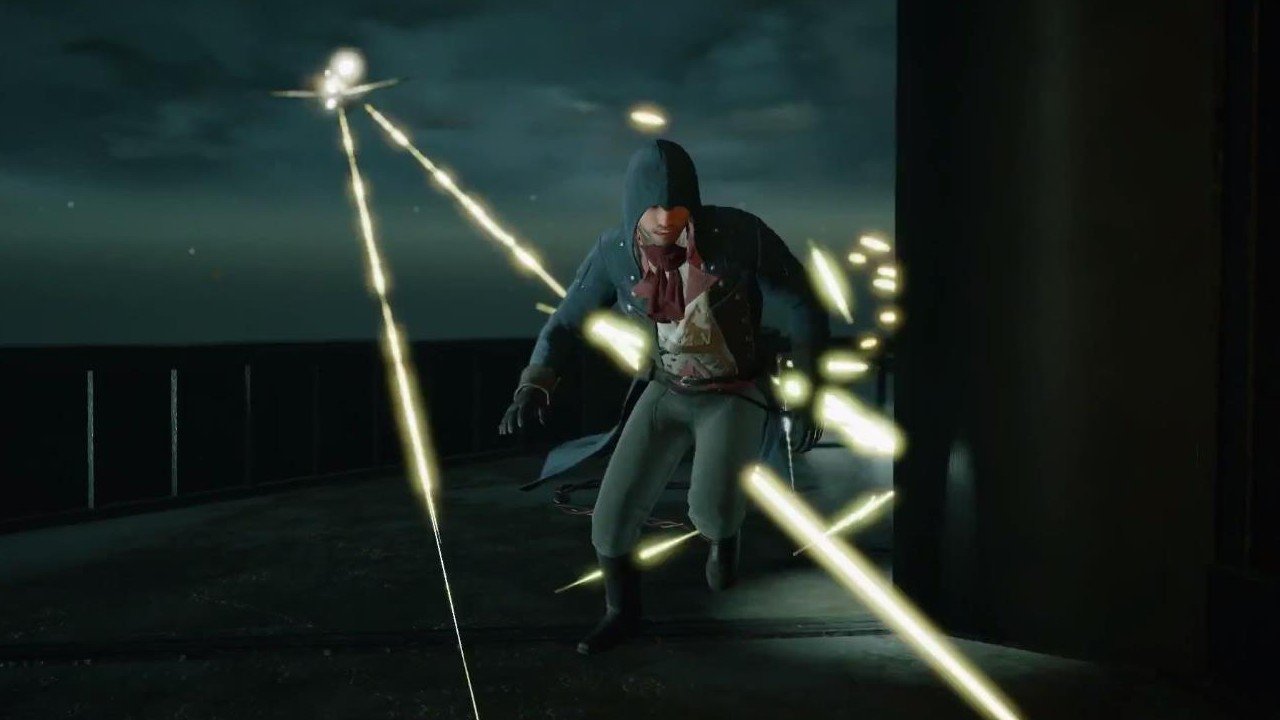 Just when you think you know everything about Assassin’s Creed Unity, they throw you a curve-ball that smacks you right in the noggin’.

It seems that Ubisoft has heard the outrage from the PC community over the “minimum” requirements thing. As if to say “no really, we are serious when we say that the game will need those minimum requirements,” Ubisoft has released a trailer showcasing what the game will look like on PC with all the NVIDIA technology that will be implemented into it such as horizon bases ambient occlusion and temporal anti-aliasing.

You can watch that trailer at the bottom of this article. The graphics really do look spectacular, even the muddy puddles on the floor. However, it will probably take some of the more powerful gaming machines to run Assassin’s Creed Unity looking like it did in the trailer.

But it doesn’t seem like Ubisoft is content to just give PC gamers something to think about when they purchase their next computer. They must have been thinking that there just hasn’t been enough hype about Assassin’s Creed Unity in the last few weeks, at least not the positive type. Thus, they have released the following trailer about “Time Anomalies” which will be featuring in Assassin’s Creed Unity.

This trailer tells us a surprising amount of information. For one, at least in the instance that the trailer is showing, it appears you really will be playing as an assassin, as opposed to an employee of Abstergo (the modern day Templars) like you did in Assassin’s Creed Black Flag.

And while the trailer starts off relatively nondescript, anomalies in the animus aren’t all that uncommon, what happens after Arno jumps into the “time anomaly” is just not something you could have predicted. As the late 18th century Arno, you now find yourself in what appears to be 1930s or 40s era Paris (judging by the zeppelins and what appears to be a propeller fighter firing machine guns. Right after being nearly run over by a subway train, Arno will climb on to the top of the Eiffel tower and use the conveniently placed machine gun to blow the plane that has been attacking him out of the sky.

Suffice to say, this is highly unlikely to be a part of the main Arno/French Revolution storyline and more of an Animus detour that is sort of meant to be experienced by the “user” of the animus (so basically you, the player, or whoever you will be playing as). But with this showcase, it is clear that the game could still pack some surprises yet. Middle Ages? Ancient Roman times? Dinosaurs? The possibilities are literally as endless as time itself. It will be extremely interesting to see what other Parisian eras Ubisoft has in store for us and how it will all tie together in Assassin’s Creed Unity.

Assassin’s Creed Unity will be released on the 11th of November for PS4, Xbox One, and PC.

Are you looking forward to jumping into a time anomaly in Assassin’s Creed Unity? Let us know in the comments below!