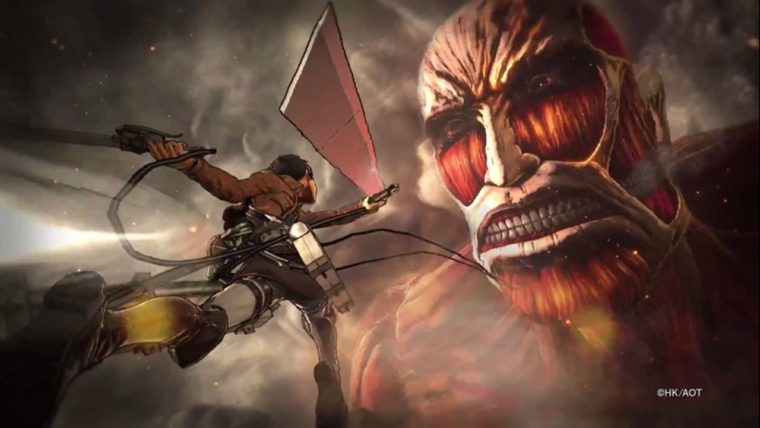 Announced early last month, Koei Tecmo and Omega Force’s new game based on the Attack on Titan anime series finally has a proper trailer for fans to gawk at. The initial announcement trailer simply consisted of title cards and a few still images, but now we can get a look at the game in action somewhat.

So far things are looking pretty great, with the game certainly retaining the look and feel of the animated series, which is in turn based on a series of manga. Characters fly through the air, utilizing their 3D maneuver gear just like they do in the show.

With this game coming from the makers of Dynasty Warriors the question remained, how will it play. The developer assured gamers that it wouldn’t just be a Dynasty Warriors clone, and this trailer seems to confirm that.

Players attack titans with swift, fluid motions, slicing off limbs and disabling them in different ways. Finally they move in for the kill with a slice of the neck, just as they do in the show and manga.

Attack on Titan will be released in early 2016 as this trailer confirms a Winter release. The game will hit PS3, PS4, and PS Vita.